Day nine of the dig at Shrewsbury Castle proved one of the wettest yet, but the weather didn’t stop the team from getting stuck in and making some more exciting finds.

The northern end of the trench is by now confirmed by Nigel and James to be largely natural glacial deposit. However, on the western side a large human-dug pit has been discovered, which is still being investigated by Olivia and Simon. Here too, plenty of bones have been discovered along with a few pieces of pottery all suggesting to the pit being 12th century or later.

In the south-centre part of the trench, Merv is working on a post hole and with it, substantial supporting rock padstones have been discovered. This suggests a built structure of some kind with a huge timber post, sunk alongside the stone deposit in the edge of the ditch. Possibly this may be a building of some kind and a fairly sizeable one, judging by the diameter of the post-hole. We hope to find out more tomorrow. 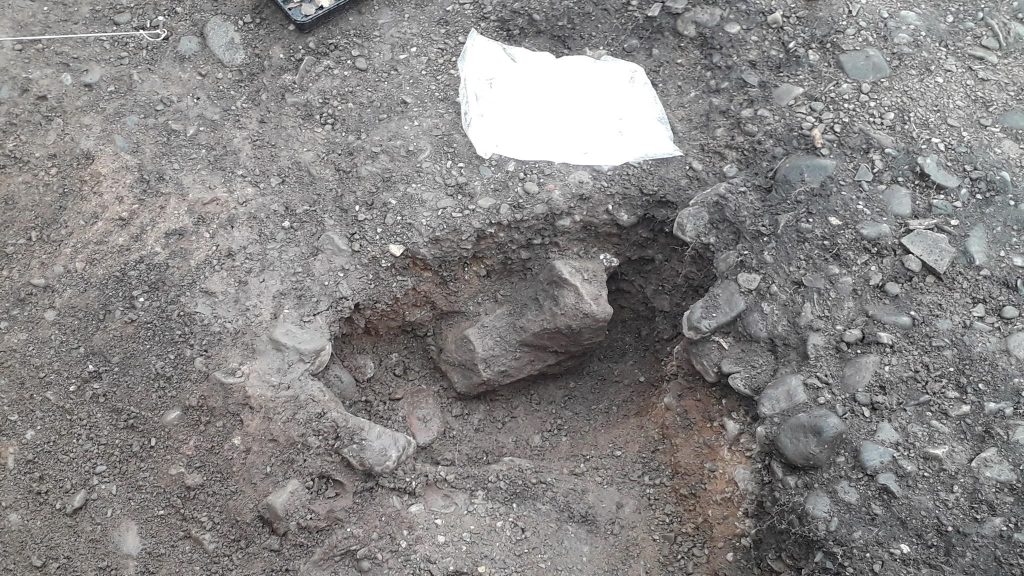 At the southern end of the trench, however, the rest of the dig team are taking turns investigating the motte ditch. These layers have revealed the most exciting finds of the day. An iron arrow head/bodkin has just been unearthed, along with several other possible metal artefacts. The arrow head is the first sign of any military use at the castle so far, and is found at the edge of the Norman castle’s moat which has so far thrown us a large variety of bones, metal, ceramics and glass from 12th to 18th century.

Layer twenty-three of our digsite has brought up promising items so Dai decided we need to create a separate spoil heap so that we can sieve it for any small artifacts that may be present. Due to the rain, however, we have left sieving for our final dig day tomorrow.

Our first military evidence from the mud of the motte ditch: Hand of the finder, Lecturer Dr Morn Capper for scale 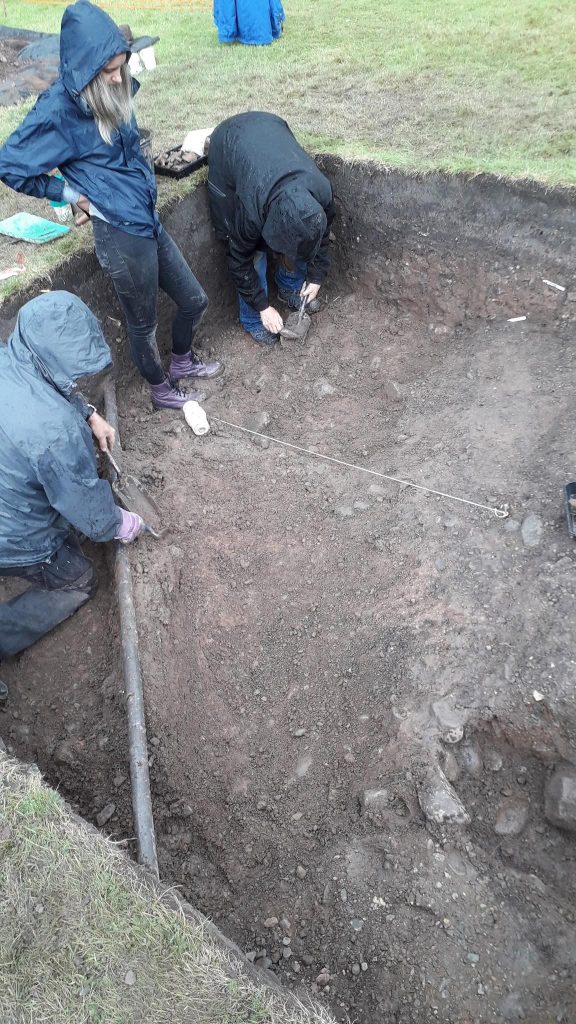 Small feet are useful! Dai, Caitlin and Morn take turns with the shovel in layer 23 of the motte ditch after finding the arrowhead

James Highfield and Olivia Davies, University Centre Shrewsbury, writing on behalf of all volunteers working on the excavation at Shrewsbury Castle.