Work that will enable up to 60 apartments to be provided on land at Ellesmere Wharf is set to begin shortly after a contractor was appointed to clear the site in readiness for future building work.

The work is to be carried out by RVC Demolition and take approximately four to six weeks. 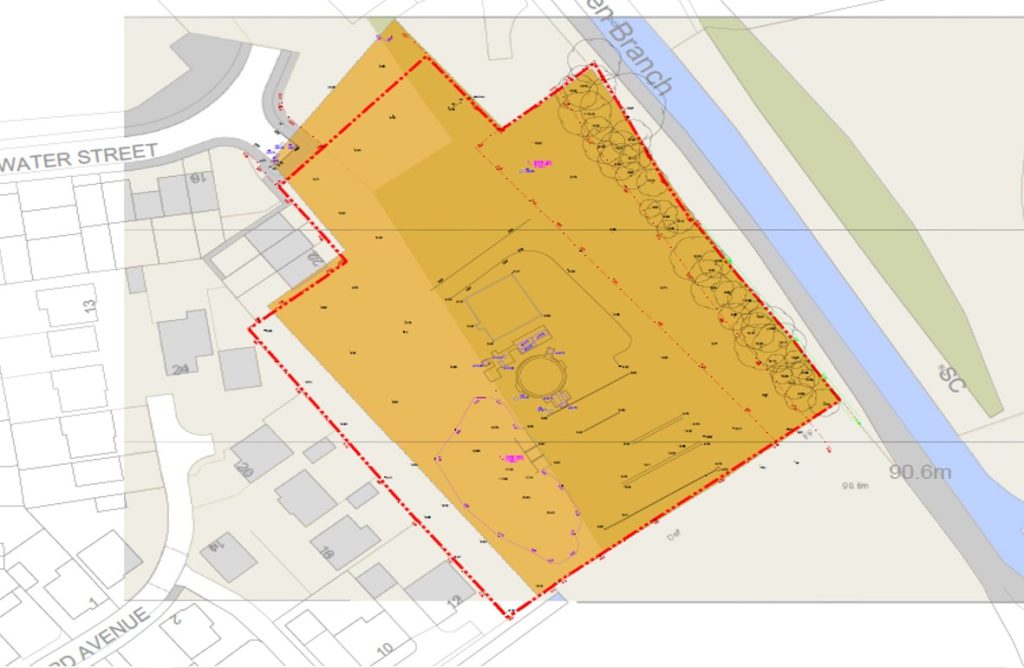 A plan of the site at which work is to be carried out.

The work will see the site – at the end of Bridgewater Street – cleared of all redundant structures, including the removal of foundations, discarded materials, plus tree stumps and roots, and the removal of redundant electricity and gas infrastructure.

On completion of the works the land will be left tidy and new fencing will be added to replace temporary and or missing fencing.

Last year Shropshire Council was awarded £544,507 from the Government’s £45m Land Release Fund to enable the council to prepare the land for development.

Ground investigation work, flood risk assessment, and environmental surveys have since been carried out – and now the intensive remediation works are set to begin. 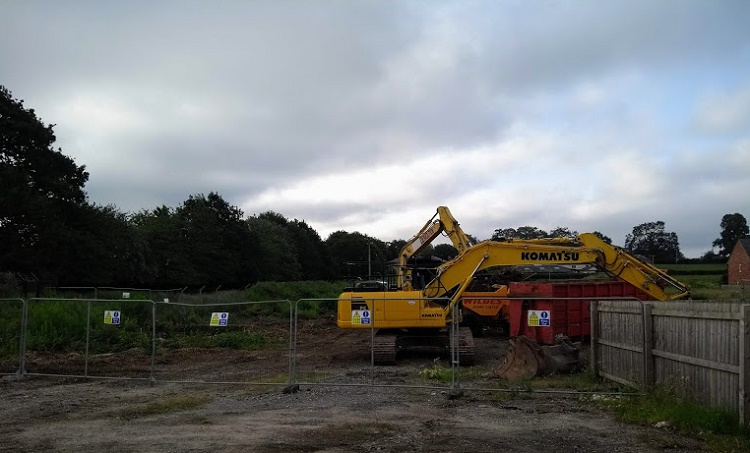 The site where work is to be carried out.

“Housing development has been planned on this land for several years, but a lot of work has been needed before any development could take place. The government funding has made this work possible, and will help to ensure that much-need accommodation can soon be provided at the Wharf. Some work has already taken place, and I’m delighted that RVC will soon make a start on the important remediation works.”

“This is such positive news for Ellesmere and Shropshire Council. It will help to meet the demand for much-needed one and two-bed apartments in the town, and is another step forward in the development of the brown field area around the Wharf head – which will hopefully kickstart further action in the area.”

In a letter to Shropshire Council confirming the funding award, the then Minister of State for housing, Dominic Raab, said:

“We look forward to working with you to progress Ellesmere Remediation, which will release much needed land for new homes, and I welcome the ambitious plans for growth set out in your bid.”

1) Some site setup and early works may be carried out before the main work begins.

2) Some of the 60 apartments may be for extra care provision.

3) The Land Release Fund was launched by the Ministry of Housing, Communities & Local Government in partnership with the One Public Estate programme run by the Cabinet Office and the Local Government Association (LGA).

The Fund provides capital funding for works such as remediation and the provision of small scale infrastructure. It enables surplus land that would otherwise not be developed to be brought forward for housing development.

A total of 79 bids were successful in the assessment process, which will see £45 million being awarded to 41 councils, to support building up to 7,280 homes on council owned land.

The fund was oversubscribed with more than £100 million received in funding requests for 143 projects.

4) In the 2016 Budget the Chancellor announced that councils would collaborate with central government on a local government land ambition, working with their partners to release surplus land with the capacity for at least 160,000 homes.