News from our partners: Jebb Garden in Ellesmere will celebrate Save the Children centenary

The heart-rending suffering of child refugees forced to flee their homes in war-ravaged countries will be the focus of a new garden feature and art installation in Ellesmere to celebrate the centenary of the Save the Children charity founded by two local sisters.

The garden, which will be laid out alongside the mere, will commemorate the pioneering achievements of Eglantyne Jebb and Dorothy Buxton, who set up the aid agency in 1919 to help children left starving in Germany and Austria at the end of World War 1.

Following a comprehensive selection process, two North Wales artists have been commissioned to create sculptures close to the main entrance to Cremorne Garden, less than a mile from The Lyth country house where the sisters were born. An interactive labyrinth will also form a key part of the development.

Local children and adults are being offered a chance to help with the design of the labyrinth. It will symbolise the harrowing, traumatic  journeys undertaken by displaced children seeking to escape dangerous conflicts across the world over the last century. 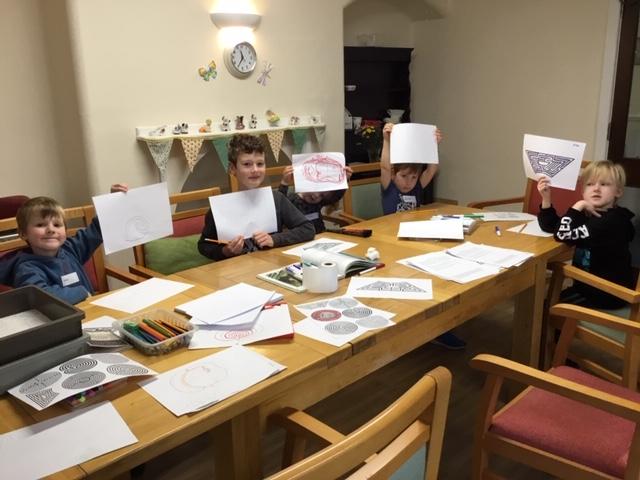 The project will be the culmination of a wide-ranging programme led by volunteers from the Ellesmere Sculpture Initiative.  Members of the group have been working in partnership with Save the Children in Ellesmere and at UK level, members of the Jebb family, Shropshire Council, Ellesmere Town Council, seven local schools and various community groups.

The 18-month project has attracted grants from the Arts Council, the Heritage Lottery Fund and donations from local businesses, organisations and individuals. More than 40 events and activities have been held in the past year.

The inspiration for the Jebb Garden is the result of holding art workshops with children in seven local schools and at Ellesmere Library, who were asked to imagine what it is like to be a refugee. A similar workshop for adults from across Shropshire and the Welsh border was held in Shrewsbury earlier this year (2019), and further events are planned before the labyrinth design is finalised

Within the garden, children and adults will be encouraged to follow an intricate maze-like pathway leading to a figure of a lone refugee child seeking shelter. Another sculptural artwork overlooking the garden will represent the Jebb sisters in abstract form.

One of the artists chosen to carry out the work is John Merrill, from the Ceiriog Valley near Chirk, who created the popular SShhh sculpture in Cremorne Gardens which forms part of the Ellesmere Sculpture Trail around the mere. 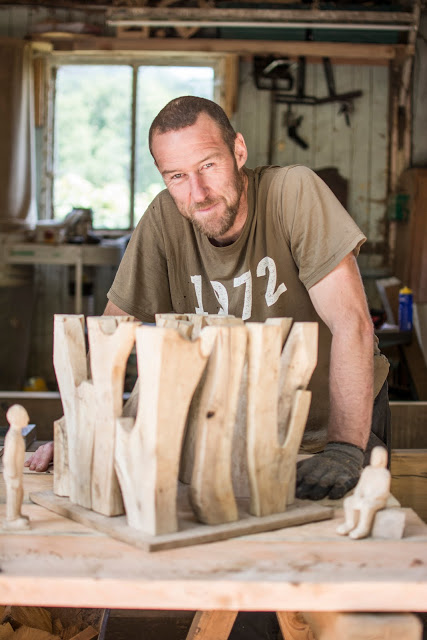 The commission for the second artist has been awarded to Nick Eames from Cilcain in Flintshire, who has been a practising sculptor since he was 14. The labyrinth will be developed with the help of Shrewsbury-based artists Sculpturelogic and will be installed by ‘Orchardfield’, ecological groundworkers.

“We have thought long and hard over many months about how best to represent the values and achievements of Eglantyne Jebb who became the principal driving force in the development of Save the Children into what it is today.

“Our project has involved more than 600 local children and when we asked them about the plight of refugees in places like Syria, Yemen and Myanmar, they responded with insightful words and pictures that were deeply touching and very impressive. This is the inspiration behind what people will see in Ellesmere when the art installation is completed in the spring.”

The final phase of the centenary project will include a seminar at Ellesmere College’s art centre on Wednesday 1 April 2020 where leading speakers will examine the legacy of Eglantyne Jebb and discuss some of the issues and challenges facing Save the Children and other aid agencies in helping victims of war, famine and climate change. Young people from local schools, colleges and regional universities are being encouraged to take part.

Among the speakers will be 86-year-old Dame Stephanie “Steve” Shirley, who was forced to flee Nazi Germany in 1939 as a Kindertransport child refugee. After arriving in Britain, she was educated at Oswestry Girls High School and later became an information technology pioneer, businesswoman and philanthropist.

The chairman of the Ellesmere Sculpture Initiative, Len Graham, has thanked the local community for its “magnificent support” for the Save the Children centenary project:-

“We’ve been overwhelmed by the response of so many individuals and organisations since we launched the project just over a year ago.

“Everyone, from local schoolchildren to organisations for older people, has been so positive and we very much appreciate the support.”

Mr Graham said he was grateful to local businesses and community groups which had donated money or offered help for the project.

“The support we’ve had has been magnificent. The help we’ve received has enabled us to reach out and generate a wide variety of events and activities to mark the centenary of Save the Children and the inspiring work of the Jebb sisters.

“We’re now entering the final stage of the project with the creation of the Jebb Garden. We hope it will provide a lasting memorial in Ellesmere to these two incredible women and provide another focal point for visitors to the town.”