This exhibition will show the original copy of the Ludlow Castle Heraldic Roll in its entirety. 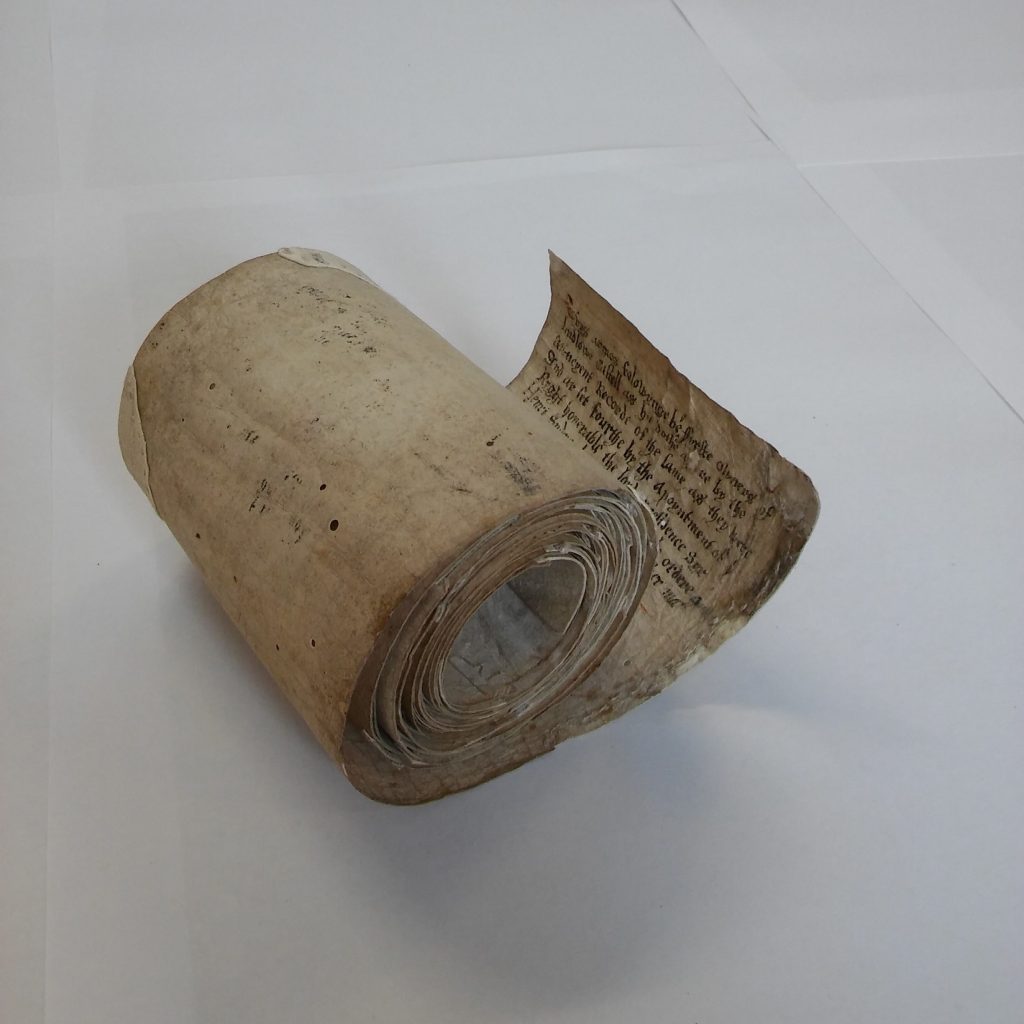 The Roll dates from Tudor England and was discovered by Ludlow resident, Hugh Wood, in 2015 and, through public appeal, was acquired by the Friends of Ludlow Museum.

The Heraldic Roll is a record on parchment of the shields painted by order of Sir Henry Sidney in 1573 in the newly-built chancel of the Round Chapel of St Mary Magdalene in Ludlow Castle.

The exhibition show a vivid reconstruction of the Chancel by leading historic buildings artist Chris Jones-Jenkins. The reconstruction shows how the shields may have originally been displayed. The Roll records the heraldic shields of the owners of the Castle, the Presidents of the Council and the Council members appointed in 1570.

A shield on the Ludlow Castle Heraldic Roll

The exhibition also shows documents, arms and armour, and a series of tiles from Ludlow Castle which shows that, earlier in the Middle Ages, it had a fine series of tiled pavements with heraldic arms.

Shropshire Museums holds important Medieval and Tudor collections and we are delighted to display some of these alongside this important document. This gives a glimpse of just a fraction of what we hold in trust for the people of Shropshire.

Ludlow has a rich history and I’m pleased that we are able to share some of it through this wonderful exhibition.

The exhibition opens on Friday 4 October 2019 and will run until Friday 3 January 2020.

Sir Henry Sidney and the Ludlow Castle Heraldic Roll will be free to visit at Shropshire Museums Collections Centre in the Parkway, and will be open during library opening hours.