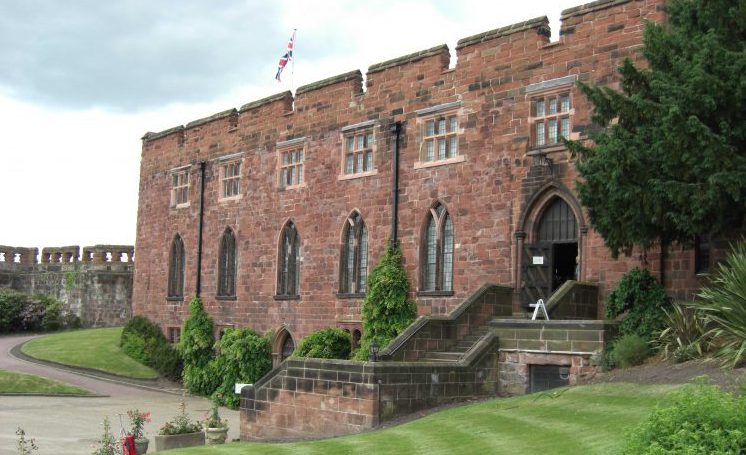 A geophysical survey is set to take place at Shrewsbury Castle on Thursday 9 May 2019, as part of a project funded by the Castle Studies Trust.

The work is being directed by local archaeologist Dr Nigel Baker and is being supported by Shropshire Council and University Centre Shrewsbury.

A geophysical survey is a cost-effective, non-intrusive and relatively quick way of detecting and assessing features below the surface.

There is currently a limited understanding of the hidden character of the bailey and this is mainly based on the geophysical survey carried out in 2000. This survey used resistivity with ground-penetrating radar but only focused on selected locations which produced ambiguous results.

It is unknown currently how buildings in the inner bailey were planned, the size of the buildings, how many there were, their age or type.

The survey taking place on 8 and 9 May 2019 will use ground penetrating radar, but this time it will be across the whole inner bailey of the castle.

It is hoped that this survey will give us a better understanding of the planning, scale of investment and dating of the buildings that were once in the inner bailey, ahead of the excavation in July 2019.

The geophysical survey is being carried out by Tiger Geo who are specialist geophysics contractors.

“The work is the first stage of a project funded by the Castle Studies Trust to find out more about Shrewsbury Castle. Despite being an almost perfectly-preserved Norman motte-and-bailey castle, it has never before been excavated.

Coincidentally, 2019 marks the 950th anniversary of the castle’s first appearance in the history books, when it resisted a siege during a local rebellion against Norman rule led by Edric the Wild.”

“The geophysical survey is the first phase of this project that will help us to better understand Shrewsbury Castle and its long history.

“I’m looking forward to seeing what the survey unearths for us as we seek to increase public awareness of all the Castle has to offer.”

The Castle Studies Trust (CST) awarded a grant of £9,500 for an archaeology project at Shrewsbury Castle which includes the geophysical survey and an excavation of the inner bailey.

Shrewsbury Castle is open from 10.30am to 4pm every day except Thursday and Sunday and the grounds are free to visit.

Shrewsbury Castle is a Scheduled Ancient Monument (SAM) and is one of the oldest SAMs in the country. It is also a Grade 1 listed building and was first listed by Historic England in 1953.

The Castle is one of the best-preserved, Conquest-period earthwork castles in England, but is also one of the least well-known. No excavation work has taken place within its current perimeter. It is unusually well preserved because it escaped rebuilding.

Shrewsbury Castle is first mentioned by Orderic Vitalis, writing in the early 12th century, who gives an account of its unsuccessful siege in the west Mercian rebellion of 1069. He described it as the praesidium regis, usually translated as ‘royal stronghold’.

The Castle Studies Trust is a UK based charity founded in July 2012 with the aim of increasing knowledge of castles in the UK and abroad. The Trust has the express aim of:

‘The advancement of public education for public benefit by promoting the study of and research into the history and archaeology of castles and dissemination of all useful results of such research.’

The CST focuses on funding new pieces of research such as site based research as well as projects that increase the public understanding of these sites.

The CST is entirely funded by the public so we rely on donations to fund our grants. The CST is developing a programme of exclusive site visits for donors to the projects they have helped fund during the research process or soon after, with an opportunity to find out about the results first, prior to publication.