News from our partners: Pass Go, go directly to Jail – at Shrewsbury’s ex-prison, in Monopoly

Salopians will from this week be able to advance to Shrewsbury’s showpiece Charles Darwin Statue at the throw of a dice. 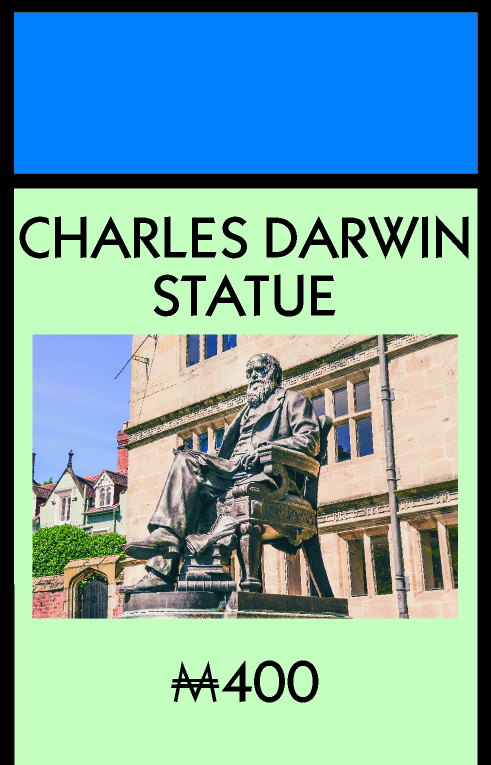 But along the way it could be a perilous journey as they may end up in jail .. Shrewsbury’s very own visitor jail!

Today (Friday 15 November 2019) sees the much-anticipated Shrewsbury Monopoly game ‘Big Reveal’, when it will be revealed that two jails will get to star in the game .. instead of the normal one that you find on a Monopoly game board.

That’s unique on any Monopoly game anywhere in the world!

In this unique version of Monopoly, all four corner squares, including the legendary Monopoly jail, remain exactly the same. But all the other spaces are customised to Shrewsbury, with one spot dedicated to Shrewsbury’s ex-prison which sits next to the ‘Go to Jail’ squares.  Other leading town landmarks Passing Go include Shrewsbury Castle, the Charles Darwin Statue and Shrewsbury School. The game is being launched at the exact same time as it hits the shop shelves.

At the launch a gigantic replica of the gameboard will be rolled out. Formally launching the game will be Mr Monopoly… in handcuffs, flanked by two ‘prison officers’ from Shrewsbury’s ex-prison The Dana – a tourist magnet for the Midlands and UK. And the first game will be played inside The Dana (with a ‘prison officer’ acting as the banker), with the Mayor and Town Crier amongst the players. 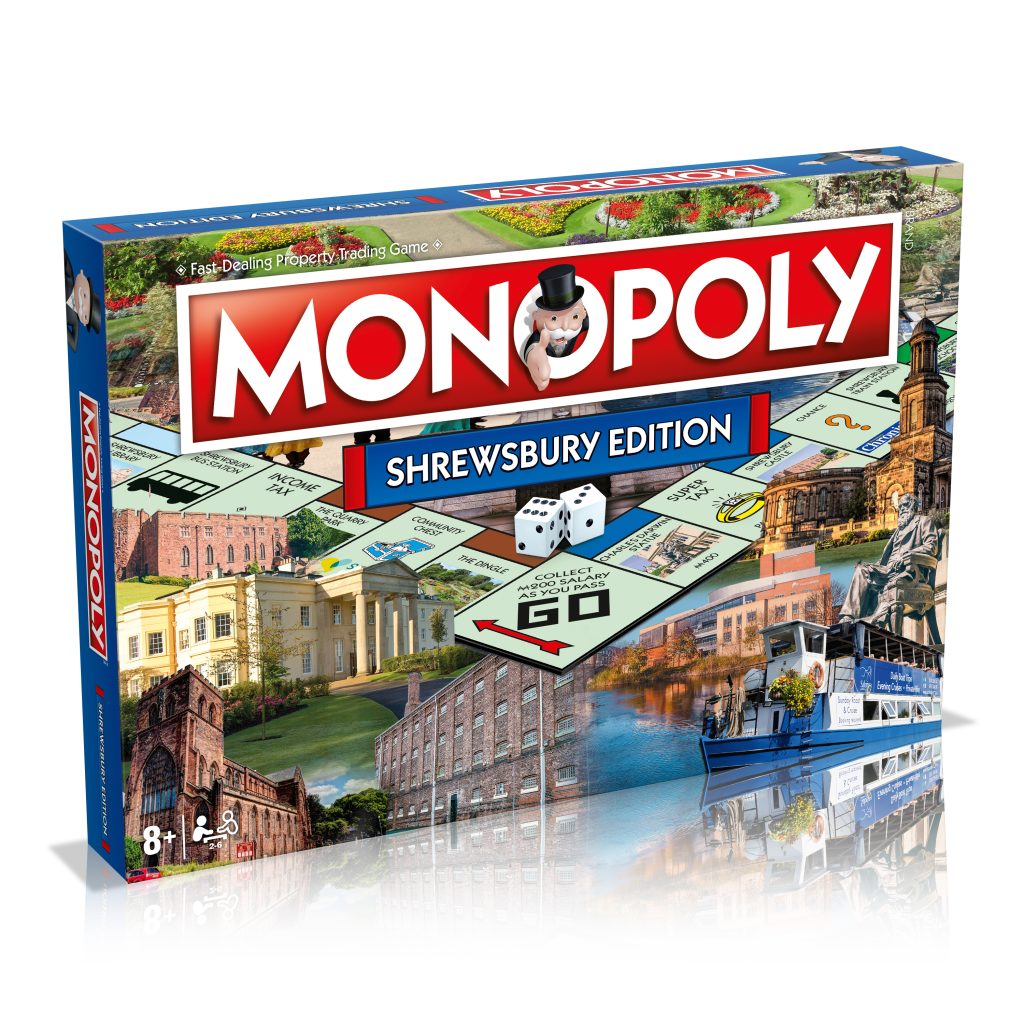 As well as 22 multi-coloured property spaces all being handed over to leading Shrewsbury landmarks, the Community Chest and Chance cards will be heavily town customised too. One will penalise players for accidentally dropping their phone in the River Severn (and, maybe less accidentally, parking on a double yellow line). Another rewards players for brushing up on Charles Darwin’s Origin of Species.  Charles Darwin is the town’s most famous son or daughter… and his statue gets to land on the top-ranked Mayfair property space.

“The game features the great and good of Shrewsbury.

“The rules, money denomination, playing tokens and above all the spirit of Monopoly stay the same – but in this unique version the property spaces all become Shrewsbury landmarks.

“The property sets are themed from heritage to tourism, travel to culture, from education to leisure – and more. Thank you to everyone who sent in suggestions for the landmarks and cards.”

Included in an education set of three is Shrewsbury School, which dates back to the 16th century and is one of the world’s most famous schools.

“The colleges group is delighted to be part of such a landmark game as we play such a large part in so many people’s lives.

“Shrewsbury Monopoly is a fantastic idea; we even used the theme in a recent marketing campaign with activity across the county featuring ‘community chest’ designs.

“Just like Monopoly, we offer something for all ages, from part-time hobby courses to A Levels, vocational courses and apprenticeships, all the way through to degree level courses.”

Shrewsbury’s ex-prison heads up a yellow set of three which is themed around leisure.

“We’re thrilled to be hosting the launch of this iconic game at Shrewsbury’s ex-prison. With the perfect synergy between Monopoly and ‘Go Directly To Jail’ it’s a great fit – and we’re sure Mr Monopoly will feel right at home here!

“It is fantastic that Monopoly has chosen Shrewsbury as the ideal location for this latest version of the classic board game, just as the ex-prison itself has been recognised by the BBC as the only UK attraction to feature in their world’s ‘Top Dark Tourism’ attractions. Both accolades will undoubtedly be a massive boost to tourism in the town.”

And the game is being widely hailed by civic leaders as a massive tourist boost for the town.

“It’s wonderful to see that Shrewsbury has been honoured by having its very own Monopoly game. People from all over the world can now put their own houses and hotels on great landmarks and streets.”

Winning Moves UK are the makers of this unique version under official license from Monopoly owners Hasbro.

“This site has been a prominent part of the town for over 220 years – and as the world’s first iron-framed building and the grandparent of modern skyscrapers, its significance is far-reaching. A decade ago this collection of fantastic buildings was in danger of being lost to the town forever.  However, thanks in large part to The National Lottery Heritage Fund, the Main Mill and Kiln buildings are being restored and the Flaxmill Maltings has been put firmly back on the local map – and now the Monopoly map!”.

Four charities also get to land on their very own spaces on the board, following a month-long public vote. They are: Severn Hospice, Shropshire Cat Rescue, Shrewsbury Ark and The Lingen Davies Cancer Fund, whose thrilled Chief Executive Officer Naomi Atkin said:-

“We are honoured to see Lingen Davies Cancer Fund represented in the new Shrewsbury Monopoly game.”

The new game goes on sale from 10am today at all good toy and book stores, including at Waterstones, WH Smith and The Works – and very widely online, including on Amazon. Mr Monopoly will be visiting all four stores and more today, and ‘selfies’ with him and the new game are being invited.

Tweet
mailto:?subject=News from our partners: Pass Go, go directly to Jail – at Shrewsbury’s ex-prison, in Monopoly&body=https%3A%2F%2Fnewsroom.shropshire.gov.uk%2Fpartner-news%2Fshrewsbury-monopoly%2F Share via e-mail