News from our partners: Woman who fled Nazis returns to Shropshire for refugee event

A millionaire businesswoman, who was educated in Oswestry after fleeing Hitler’s Nazis as a five-year-old refugee, is returning to north Shropshire to highlight the plight of children displaced by conflict in some of the world’s worst troublespots.

Entrepreneur-turned-philanthropist Dame Stephanie Shirley, will be a keynote speaker at a high-level seminar celebrating the centenary of the Save the Children charity, founded by Ellesmere-born sisters Eglantyne Jebb and Dorothy Buxton.

At 86, Dame Stephanie is still a much sought-after public speaker.

The 86-year old, who has given away at least £67 million of the estimated £150 million fortune she accumulated after selling her IT company in 1993, is also keen to meet some of her old school chums from her days at Oswestry Girls’ High School in the late 1940s.

It was there, as 12-year-old Vera Buchtal, that she discovered a love of maths and science and embarked on a path leading to fame and fortune as the eleventh richest woman in Britain and one of the country’s first female tycoons.

Her remarkable, inspirational life began in Germany in 1933 as the Nazis seized power. Soon afterwards, her father, a Jewish judge in Dortmund, was sacked and the family moved to Austria. But by 1939, with the Second World War looming and Jewish people facing violence and repression, her parents decided it was too dangerous for her to stay.  She and her nine-year-old sister, Renata, were put on a train as ‘Kindertransport’ child refugees and arrived in Britain, unaccompanied. penniless and without a word of English.

After initially staying with foster parents in Sutton Coldfield, she moved to Oswestry – to be looked after by a couple she called ‘Uncle and Aunty’. Although reunited with her natural parents after the war, their relationship was never the same. 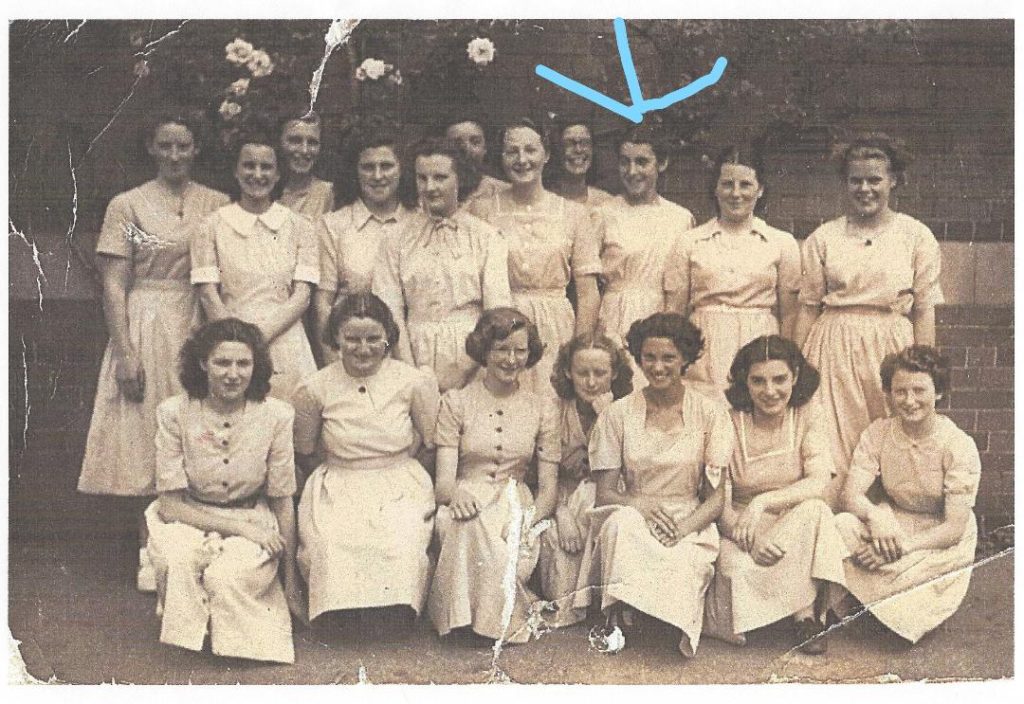 “I spent six important wartime years growing up in peaceful Oswestry, I attended the Girls High School, whose Principal, Miss Craig, was formidable, I sang in the school choir, led by Mr Moore-Bridger, including at the Eisteddfod, and boarded at Oakhurst Hall.

“Because girls of my generation were not expected to study certain subjects, I also attended the Boys High School for tuition in maths, which was, and still is, my passion.

“My best friend from those days, Valentine Adams, (later Arnold), died recently, but I remain close to her daughter, Lucy, now a science teacher. My late sister, Renate, contracted polio and spent nine months at the Robert Jones and Agnes Hunt Orthopaedic Hospital. Her Australian family remains in contact with her best friend, ‘Mickey’ Day.”

In the early 1950s, aged 18, the ambitious Vera changed her name to Stephanie Brook and worked at the Post Office research station in London’s Dollis Hill, building computers and writing code in machine language, while studying at evening classes to obtain a degree in mathematics.

After marrying physicist Derek Shirley in 1962, she founded an all-woman computer software company with capital of just £6. When it was sold in 1993, 70 of her loyal staff became millionaires. Since retiring at the age of 60, Dame Stephanie has given away millions to charitable projects, especially those associated with autism, which severely affected her son Giles, who died, aged 35.

She spoke about her refugee past to Save the Children in 2009, when she was the national ambassador for Philanthropy. Now, she is preparing to revisit the area, where she spent so much of her childhood, to talk about the legacy of the Jebb sisters, who set up the charity in 1919 to help starving children in Germany and Austria at the end of the First World War.

The centenary seminar at Ellesmere College Arts Centre on Wednesday 1 April 2020 will also look at the current refugee crisis and the challenges facing international aid agencies including the growing threats caused by climate change and global warming. Other speakers will include historian Clare Mulley, author, broadcaster and biographer of Eglantyne Jebb; a member of the British Rohingya Community, representing refugees from Myanmar; and a senior executive from Save the Children.

The seminar is being organised by volunteers from the Ellesmere Sculpture Initiative which is leading an 18-month community project to mark the centenary, involving local councils, schools and community group, with funding from the Heritage Lottery Fund and the Arts Council.

Tickets for the event will be on sale shortly, but a number of free places will be offered to students at local schools and colleges.