News from our partners Cornwall Council

To unlock the potential of Britain’s Leading Edge, the next Government must redress a systemic bias against rural areas without major cities. A fairer allocation of funding will enable rural areas and coastal areas to make a full contribution to the attainment of Industrial Strategy goals for the environment as well as for the economy and for society, linked in with local efforts for supporting clean growth. 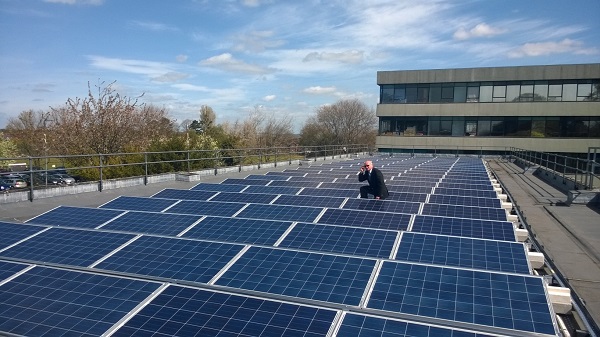 This call from a Coalition of Local Authorities and MPs representing areas covering six million people and nearly half (44%) of England’s landmass comes ahead of the Parliamentary launch of Britain’s Leading Edge, a special interest group formed to argue the case for equality of consideration in social and economic support in all areas of the country.

In a report issued to mark the launch, the group argues that although the area represented by its members contribute the same GVA – 8% – to the national economy as England’s core cities, a ‘policy corridor’ skews opportunities by concentrating investment and public sector relocation around a metropolitan-focused geography.

The analysis also highlights ‘cold spots’ for household income growth for many of the six million people living in peripheral rural areas without a major city.

Speaking ahead of the launch in Parliament, Sarah Newton MP (Truro and Falmouth) said:

“At a time of deep economic uncertainty, the next Government should be focused on harnessing the strengths of all areas, unleashing their potential – not just those with major cities. As we develop local industrial strategies, no one and nowhere should be left behind.”

“Now more than ever, Britain’s Leading Edge needs to be a strong voice for the rural areas we represent as the next Government finalises its plans for a Shared Prosperity Fund and on the commitments made by Government towards rural communities and businesses.

“For too long the ‘policy corridor’ has excluded broad swathes of the country from fair access to opportunity. Britain’s Leading Edge will work to give areas that provide vital – but often neglected regional resilience – to the wider nation, fuller access to opportunities to thrive from industrial and devolution policy and public service reform.”

“Rural regions have the potential to be economic powerhouses in their own right.

“The twelve rural and peripheral authorities represented by Britain’s Leading Edge quite literally help keep the lights on and feed our nation through their rich natural resources and through innovation in food and renewable technology. Our cities should prosper – but not at the expense of those who power our rural economy.”

“Britain’s Leading Edge regions already work together in a number of ways, whether that is on mobility opportunities like electric vehicles, or improvements to roads and to mobile phone signal coverage for local communities and businesses and for visitors to our beautiful landscapes.

“Our natural assets are potentially wealth generating: recognition of this, and effective support from Government on things like agritech skills and environmental innovations in housebuilding, would help to go a long way in meeting the challenges we face together as a nation. Our older people should have the same access to health and social care as those in cities, and our young people should have the same life chances.”