The curtain has fallen on the final performance of Beauty and the Beast, which has been centre stage for the panto season at Shropshire Council’s Theatre Severn in Shrewsbury.

The fun-filled family favourite has entertained 41,000 people from Shropshire and further afield since the run began on 30 November 2022. More than 10,000 children from Shropshire schools have also enjoyed the performances. 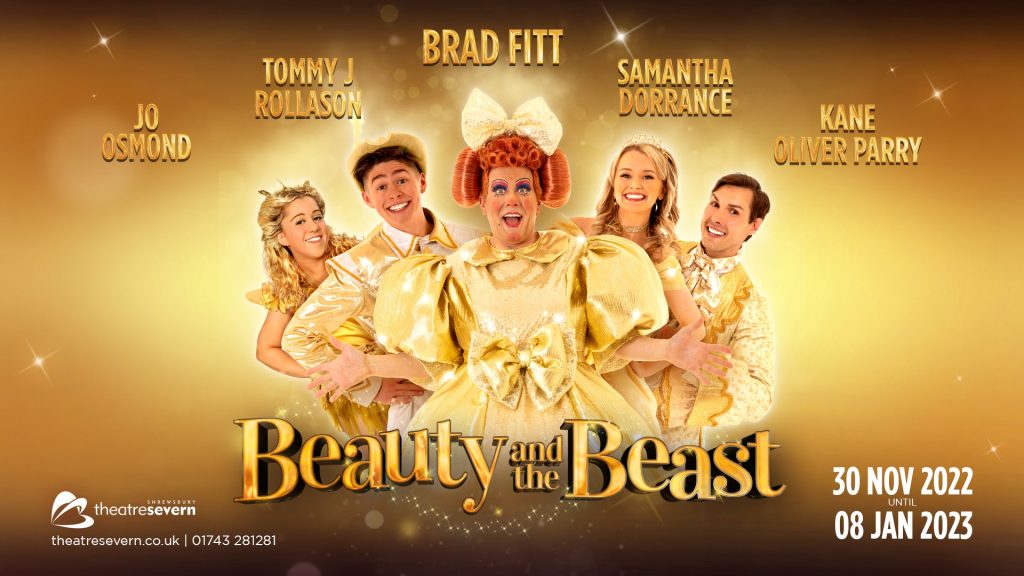 Beauty and the Beast

Audiences at the 67 performances have left rave reviews on social media and hailed the comic genius of the stage show, produced by Evolution Pantomimes.

“Audiences have flocked to our theatre for the extended panto season and it has been enormously well received.

“People have shown their love for the tradition of panto and our staff at Theatre Severn, both backstage and front of house have helped make it a memorable occasion for thousands of people.

“Praise must also go to Evolution Pantomimes, Brad Fitt as our dame/ director and producer Paul Hendy for delivering yet another magical production, and we are already preparing for the next season when our theatre will be hosting Jack and the Beanstalk.”

“After 67 performances the curtain has fallen on what has been a spectacular run for Beauty and the Beast at Theatre Severn.

“I’d like to say a huge thank you to our amazing company, the backstage crew, Evolution Pantomimes and all the theatre staff who have worked tirelessly to bring another successful season to Shrewsbury. Also, to the 41,000 people who came through our doors and helped make the shows so much fun for us all – you all helped make the magic happen.”

Theatre Severn, owned and managed by Shropshire Council, has a 650-seat auditorium and 250-seat studio theatre. The county’s premier arts venue has a full and varied programme of entertainment for 2023 – including next season’s panto Jack and the Beanstalk.

Tickets for next winter’s pantomime Jack and the Beanstalk are already selling fast and more than a third of seats have been snapped up. Tickets are available from the Box Office at Theatre Severn – 01743 281281 or visit: Theatre listings at Theatre Severn