Appeal to solve riddle of find at Nesscliffe archaeological dig

An appeal is being made to help archaeologists solve the riddle of a find made at their dig at Nesscliffe Hill in summer 2022. 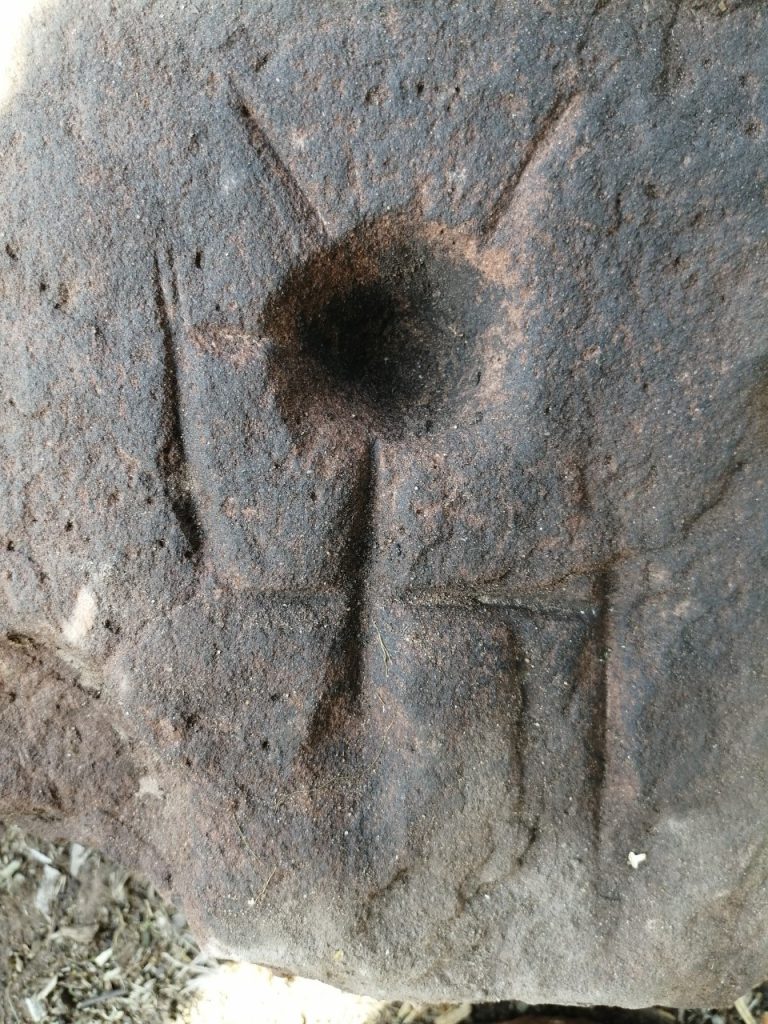 The stone, now known as the Nessglyph, has a circular cup shape and is marked with straight lines carved with a metal implement, and was found in a spot that had been explored in the 1950s and was backfilled.

The Shropshire Council-managed site is an impressive Iron Age hillfort, but also with later Roman occupation and has already been subject of excavations that have revealed some interesting finds. 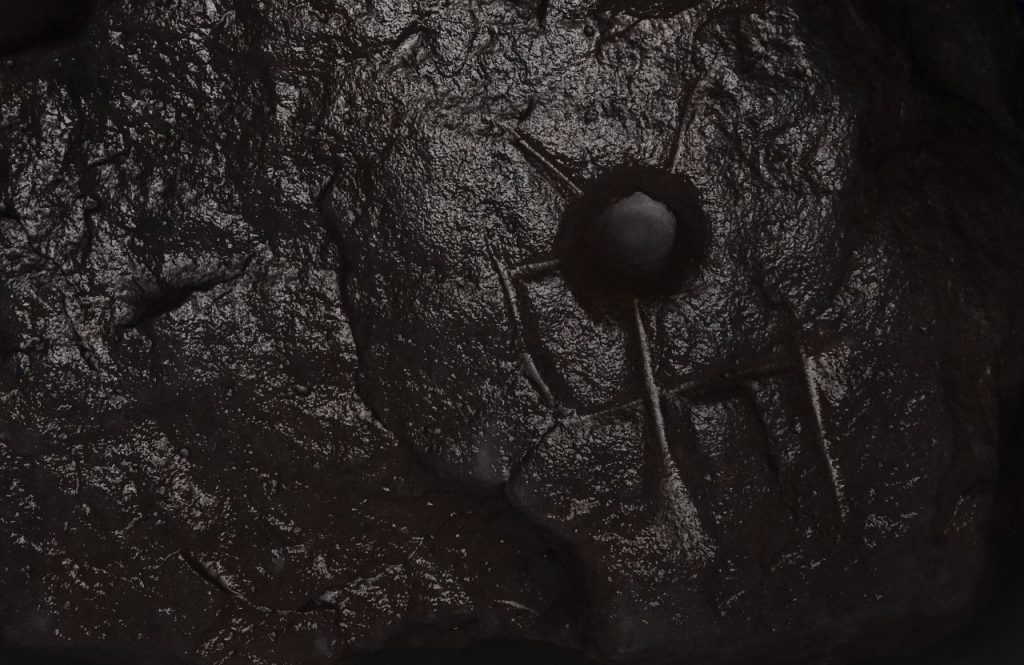 “The circular cup shape and the straight lines are indicative of two different types of technology, grinding and carving.

“We can speculate that the Nessglyph is figurative, with the cupmark being the head. It has two long horns and two small horns, a central body line and two arms, one held up and the other down, the upward one showing a possible hand holding a pipe or a weapon.

“It is difficult to find Iron Age parallels, but the carving has similarities with Late Bronze Age carvings of figures in horned helmets. It is also worth noting that Nesscliffe lies within the putative territory of the Cornovii, a name that has been suggested to reference to the ‘horned ones’. There is the possibility of a connection to a horned deity cult in the Roman army as depicted at several military sites across Britain.

“Because the Nessglyph was not found in a secure context but in the backfill of a 1950s excavation trench within the guard chamber of the inturned entrance, it is more difficult to identify, and we are inviting people to help us solve the puzzle, or tell us if they have seen other similar carvings..”

“This is an opportunity for people with an interest in our history to get involved and help solve the mystery of the Nessglyph.

“Nesscliffe Hill Fort has been giving up interesting finds for a number of years and it is fascinating learning about our county’s rich history, especially when it leads to a puzzle such as this.”

In 2019 details of the earth and stone rampart surrounding the site were explored, together with a monumental stone entrance with guard chambers. The entrance was further explored in 2021 together with the opening of new trenches in the hillfort’s interior where houses had been indicated by geophysical survey.

The Nessglyph was discovered in 2022 when the team resumed its exploration.

Anyone with information or knowledge to help solve the puzzle should contact Paul Reilly at p.reilly@soton.ac.uk or Gary Lock at gary.lock@arch.ox.ac.uk