Today was the last day for the public to view the trenches before they are filled tomorrow. There were several tasks and goals for the day including planning, washing, filling in one trench, and continued public engagement.

The day started off with Dr Morn Capper and Dr Baker being broadcast live on the local BBC network. At the same time, student volunteers were having tasks delegated to them and supervised by helpful and knowledgeable professionals and volunteers. Up on top of the motte, archaeological planning was being carefully and skillfully measured and drawn out. Down in the tent, finds were being cleaned and displayed to any curious members of the public. 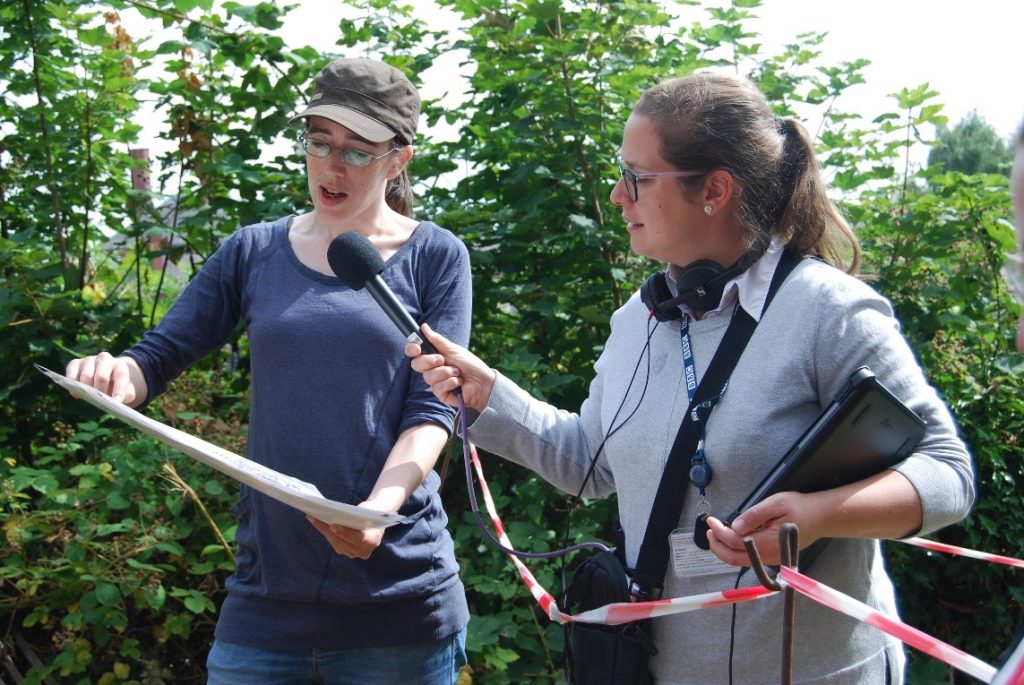 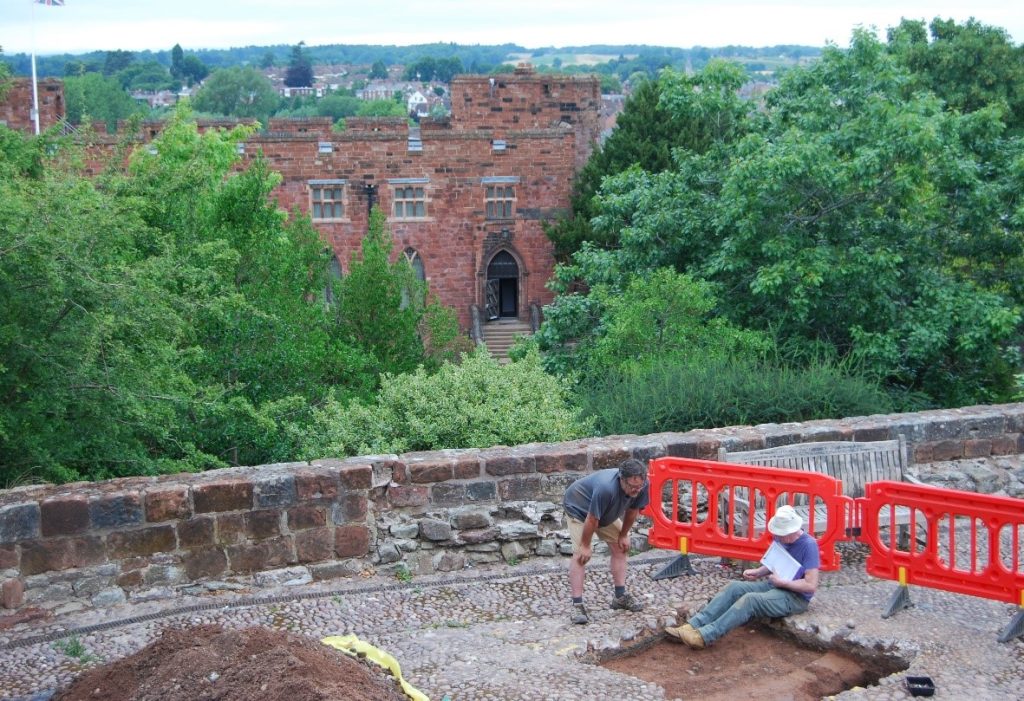 Personally, I started off working in the ‘finds tent’ and helped wash the various finds from the trenches before placing the items in categorized trays. The washing was paired with the opportunity to engage with and educate the public about our discoveries. Many people stopped by to see the finds either before or after walking up to the motte, and some even cited the radio broadcast from that morning as their inspiration to come and visit. It was encouraging to see people from all age groups, especially children, asking questions and engaging with the items. 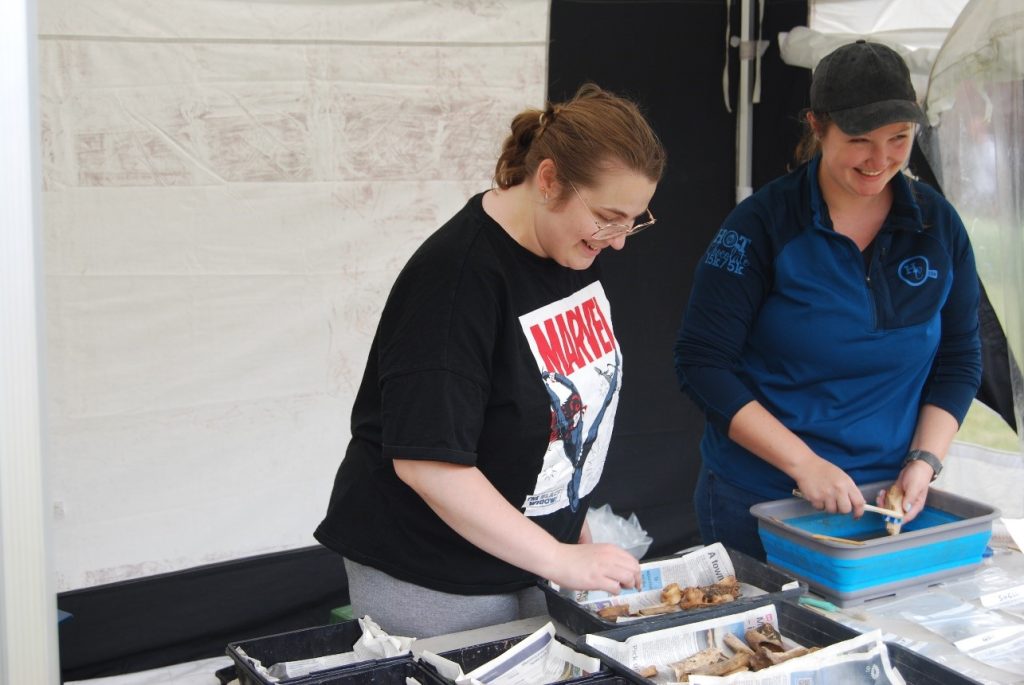 Student volunteer Lara Foulkes and myself washing the finds. Photo by Claire McManmon.

Of the items on display, the finds from this season’s 2022 dig are mainly represented by animal bones and pottery. We identified several 11-13th century cooking pot sherds as well as other medieval pots. Found in various layers from the Motte top were bones and teeth of animals that had been eaten and discarded. Modern era china was washed from Trench 4 outside the curtain wall. 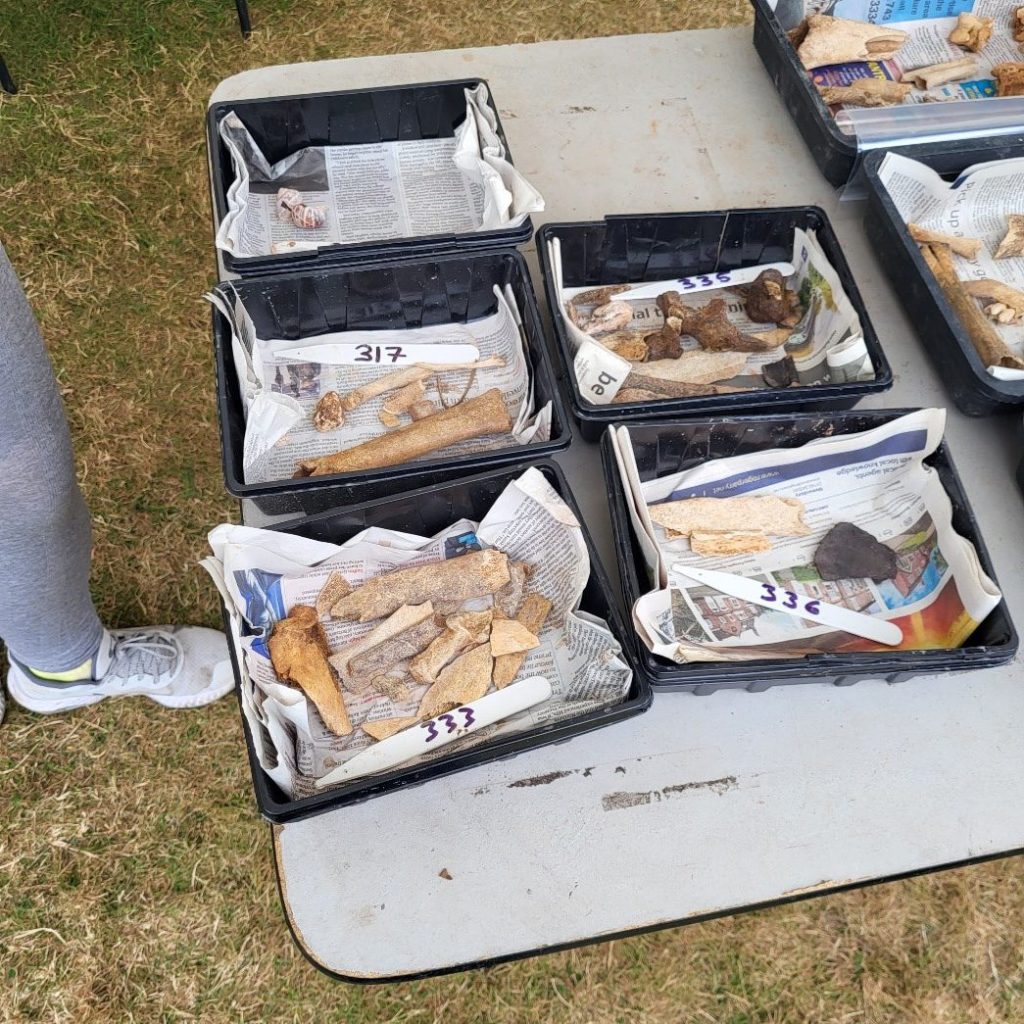 In the afternoon, the trench behind the curtain wall was considered done, having been photographed and planned. We worked to fill in the trench with all of the clay, rocks, and dirt that came out of it. Shoveling dirt was paired with jumping into the trench and packing down the dirt via vigorous jumping.

Overall, the day was a collection of tasks and opportunities to learn more about what goes on behind the scenes in the archaeological process. As the Shrewsbury Castle Dig 2022 comes to a close, with 24 hours left, it’s amazing to see all of the work that has gone into moving the project towards completion and the efforts made by staff and volunteers to educate and engage with the public.

By Claire McManmon, University of Chester student volunteer, on behalf of all volunteers at the Shrewsbury Castle Dig 2022.