News from our partners: Ruth scales the heights for fundraising challenge

It was a tall order . . . but Shropshire Chamber of Commerce director Ruth Ross proved she was up to the task.

Ruth joined an adventurous band of local businesspeople who abseiled down the side of the Aico building in Oswestry, raising money for charity.

The challenge to scale the side of the 60ft building was laid on to raise funds for The Movement Centre, a local charity which provides specialised therapy to children with movement disabilities. 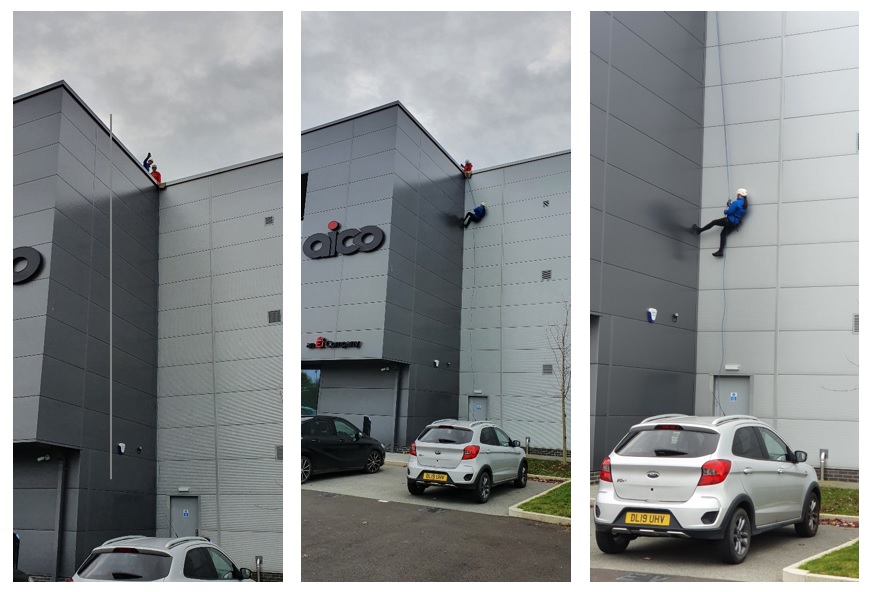 Many members of the Aico team also took part in the challenge, which they described as ‘a fantastic day’.

Everyone who challenged themselves smashed it – well done to everyone who took part.

We created this event to raise much needed funds for the charity, who provide targeted training for children across the UK with movement disabilities.

It was such a fun thing to do – once my feet were on the ground! We were delighted to be able to support and raise the profile of this worthy local cause.