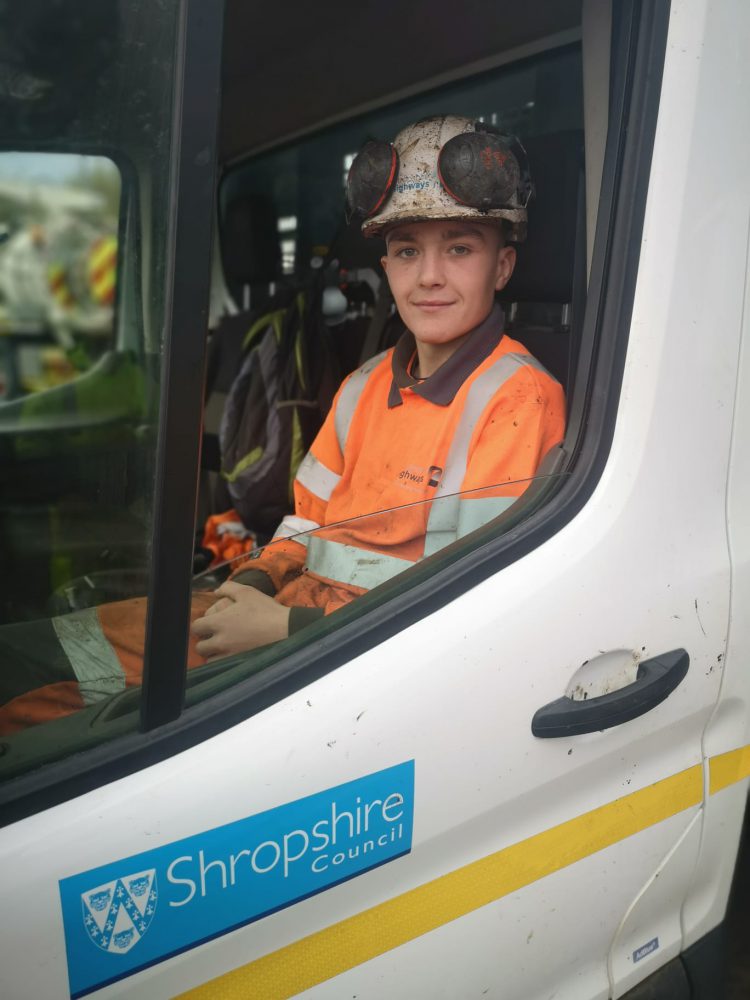 The Dragon Hotel in Montgomery has been reunited with items stolen during a recent burglary, thanks to an eagle-eyed young highways worker.

Shropshire Highways’ Tyler Morris (18) from Shrewsbury was busy repairing potholes with colleagues in the Middleton area when he spotted a plastic file.

On closer inspection the file contained paperwork and money – with the Dragon Hotel’s name on the paperwork.

Hero-of-the-hour Tyler then spotted three sets of keys hidden in the undergrowth, keys appearing to be part of the same hidden stash.

He called the Dragon Hotel – a 17th-Century coaching inn – and they had indeed been burgled two evenings before and had lost all the keys and paperwork in the burglary.

“My thanks and congratulations go to Tyler for spotting these items and helping to reunite them with their rightful owner. I know that the team at The Dragon Hotel were really thrilled to have been reunited with the stolen and discarded items. Most of all they were delighted to have the cellar key returned which is at least 100 years old and an item of personal value.

“I also want to praise Tyler and his colleagues for the fantastic job they are doing every day to improve the county’s roads. Their efforts are recognised and are greatly appreciated.”

Shropshire Highways is an alliance of Shropshire Council, Kier and WSP working together to improve Shropshire’s roads.