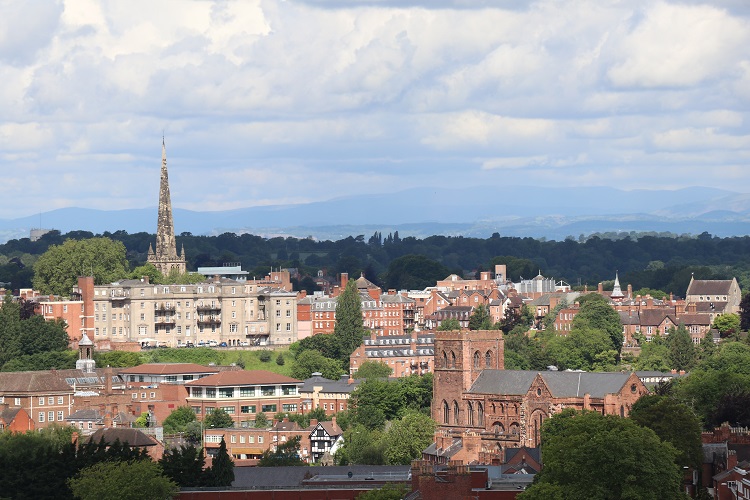 A 20mph speed limit will be introduced on a number of roads in Shrewsbury town centre from tomorrow (Friday 19 February 2021).

The work is part of the Shrewsbury Integrated Transport Package (SITP), and follows a public consultation that ran in early 2019.

The 20mph limit will be introduced along the entirety of:

As part of this work, there will be beneficial changes to some of the parking and loading restrictions in Bellstone, Claremont Street and Mardol.

Under the current phase of the Shrewsbury Integrated Transport Package, enhancement work is being carried out between Smithfield Road and Bellstone, on Roushill, Mardol and Claremont Street.

New natural stone kerb lines are being constructed to provide wider pavements and new pedestrian crossing points. The pavements are being repaved with high-quality natural stone materials. Updated street furniture including benches, planters, bins and an increased number of cycle racks are also planned, as well as traffic sign upgrades.

Surfacing works will also take place at end of March/early April to resurface Claremont Street, the junction of St John’s Hill/Bellstone/Shoplatch along Bellstone and into Barker Street.

“This phase of the SITP work is key to improving the public and urban realm for Shrewsbury. The enhancement works – and these new 20mph speed limits – will make the town centre much more attractive to, and safer for, visitors, but especially pedestrians and cyclists.”

Work is being carried out by McPhillips, Shropshire Council’s contractor. During the works they will be available to address any day-to-day issues that may arise, liaising with businesses regarding loading bay requirements, and accessibility to business and residential premises.

For more information about the Shrewsbury Integrated Transport Package, go to www.shropshire.gov.uk/sitp.

Tweet
mailto:?subject=20mph limit to be introduced on a number of Shrewsbury town centre roads&body=https%3A%2F%2Fnewsroom.shropshire.gov.uk%2F2021%2F02%2F20mph-limit-shrewsbury-town-centre%2F Share via e-mail