As we arrived on site for Day 4 our curious lime filled feature of yesterday, with its loose rubble edge had proved too much of a query for site supervisor Dai and he undertook to resolve it. A deep trench filled with a huge amount of heavy thick glazed ceramic, glass bottles and rusted metalwork from treacle tins to likely clock mechanisms had been cut into the Victorian glasshouse – much to everyone’s surprise! 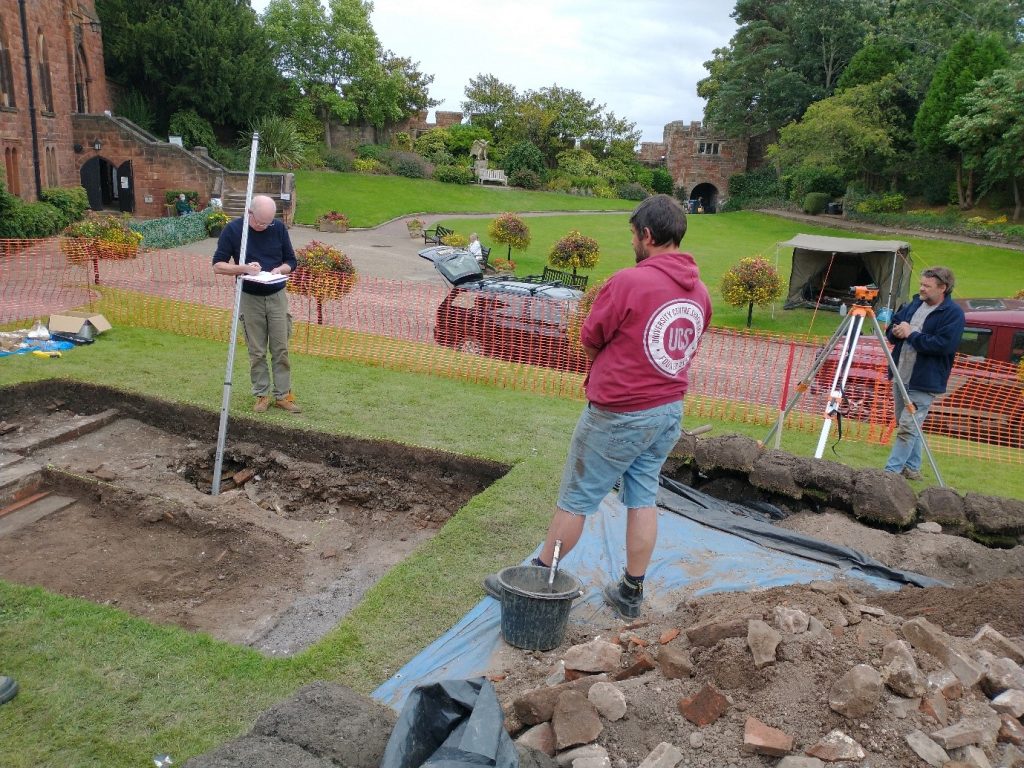 Nigel records the lime pit, with ceramic and metalwork piled behind

This unexpected lime feature, once recorded also provided an opportunity to discover our missing floor for the bottom of the structure!

Among the finds was another American medicine bottle, this time a 1oz amber coloured glass bottle from THE ANTIDOLOR MFG CO.  SPRINGVILLE NEW YORK, U.S.A, early 20th century, likely from the last few years before the castle was given into public use. 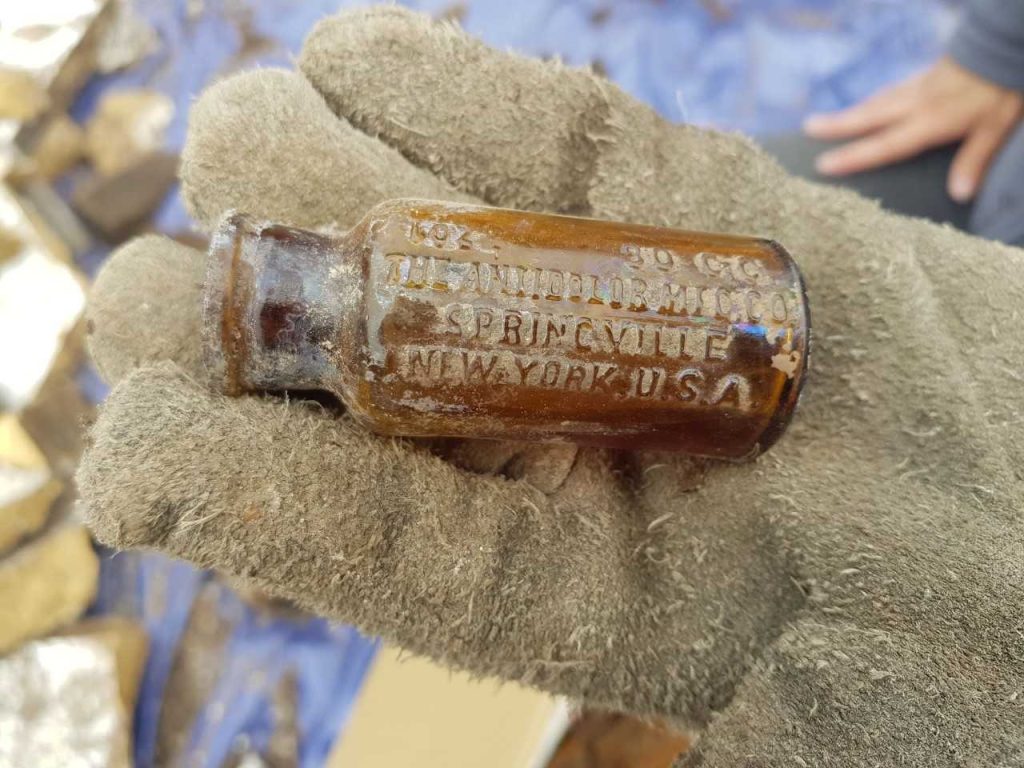 This clue matches with some footage I had discovered in the Pathe archive which shows that when the site was handed over in 1926 the site of the glasshouse was already a flowerbed! https://www.britishpathe.com/video/shrewsbury-castle-opened

The appearance of the glasshouse in use at the castle still remains a mystery, despite given the many catches and mechanisms in the metalwork from yesterday. One of the few photographs so far, looked after by our partners in Shropshire Archives available through the Historic Environment record, shows only a density of shrubs! https://www.shropshirearchives.org.uk/collections/getrecord/CCA_XPH_S_13_C_1_77

Once our lime feature had been recorded, we could begin removal of floor layers. We soon established a series of steps leading down from the doorsill discovered yesterday. But where there seemed to be layers that might be a gravel floor in some places, a mix of large rocks had seemingly been dumped into the centre of the structure from the foot of the steps, probably at the time it finally went out of use.

A careful prod from Nigel at the edge of the lime pit, however, soon provided answers as the original floor of the glasshouse was revealed! 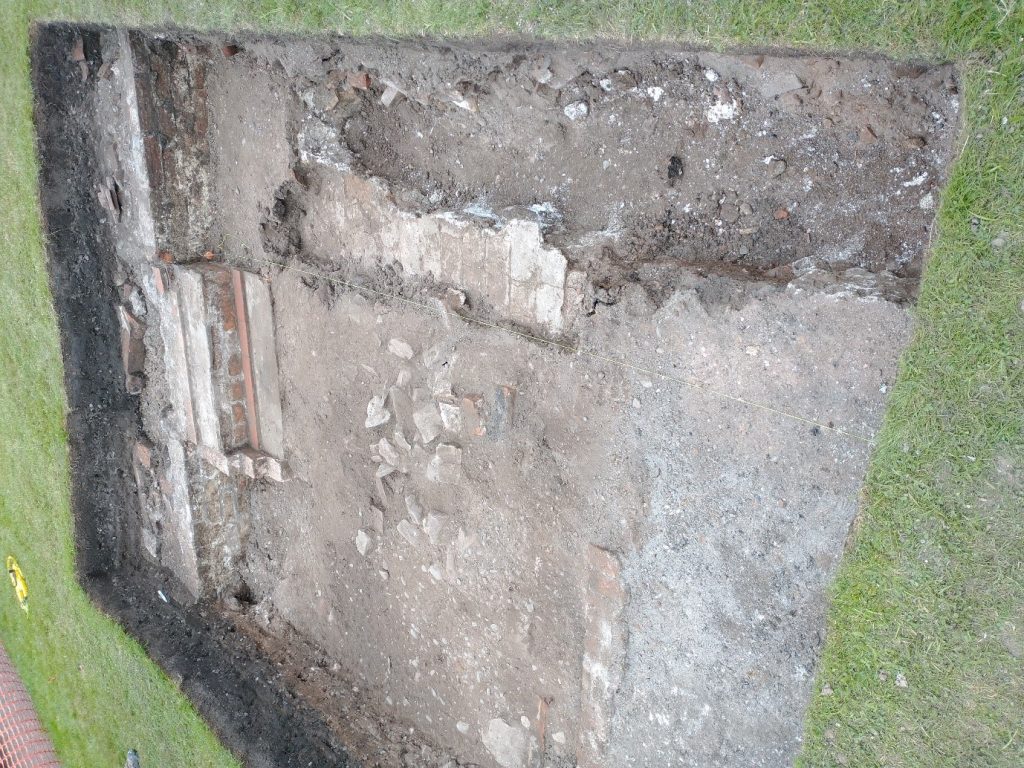 The floor of the Victorian glasshouse is discovered!

The Victorian glasshouse steps (top of image) and floor have been revealed in time for visitors over the weekend to see the floor being uncovered (to the right of the trench). With leadership from last year’s volunteers Will, Norman and Simon our new diggers have helped to move a huge amount of earth in 4 days, ready for more discoveries in week two.