Today started with a widening of our trench by a further metre, taking it to 4 x 3 metres. With a smaller team there is plenty of room for social distancing.

Once we had dug down to the level of the rest of the trench, we soon uncovered the other end of the doorway into the greenhouse and a section the adjoining wall, on the north side of the trench.

We have two of the three buttress-style structures seen on the 1882 OS map. In the south-east corner an unusual feature descending further than the rest of the level uncovered a lime mortared wall.

Underneath the newly cut area of the trench we discovered a semi-circular brick structure, with a large cavity in the middle. Much head scratching by Will and Dai suggests we may be looking at some sort of boiler room, with flue pipes that possibly heated the building?  We are looking for photo images of the castle greenhouses that might help us 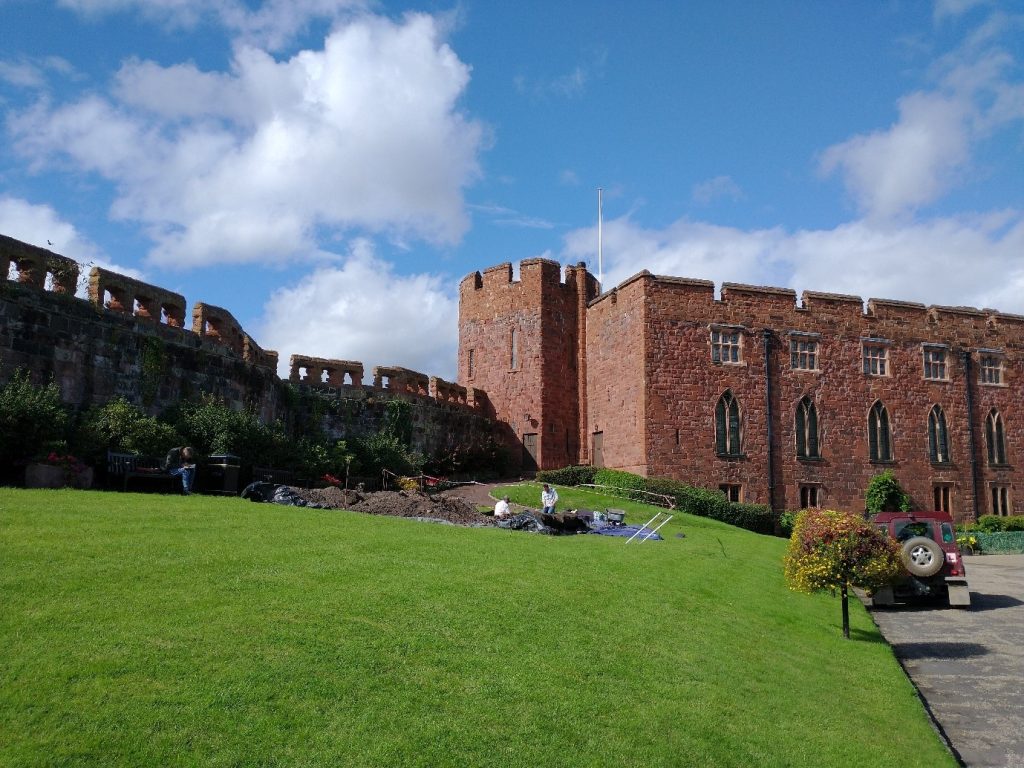 Today’s finds have been significantly larger than the previous two days, ranging from bricks that have evidence of burning on one side to thick pieces of ceramic, both found in the mystery corner, and the neck of a broken beer bottle near the doorway.

The best finds of the day also came from the deeper corner of the trench, in the form of three completely intact bottles. What contents were held by a small bottle marked D.D.D. are mysterious (we won’t be trying any); however, a larger bottle is clearly marked ‘Californian Fig Syrup Co. San Francisco Cal’ on the broad side. A most intriguing bottle is the unmarked brown bottle with a screw cap, which still has a dram of liquid inside it, raising the question as to what it could be? 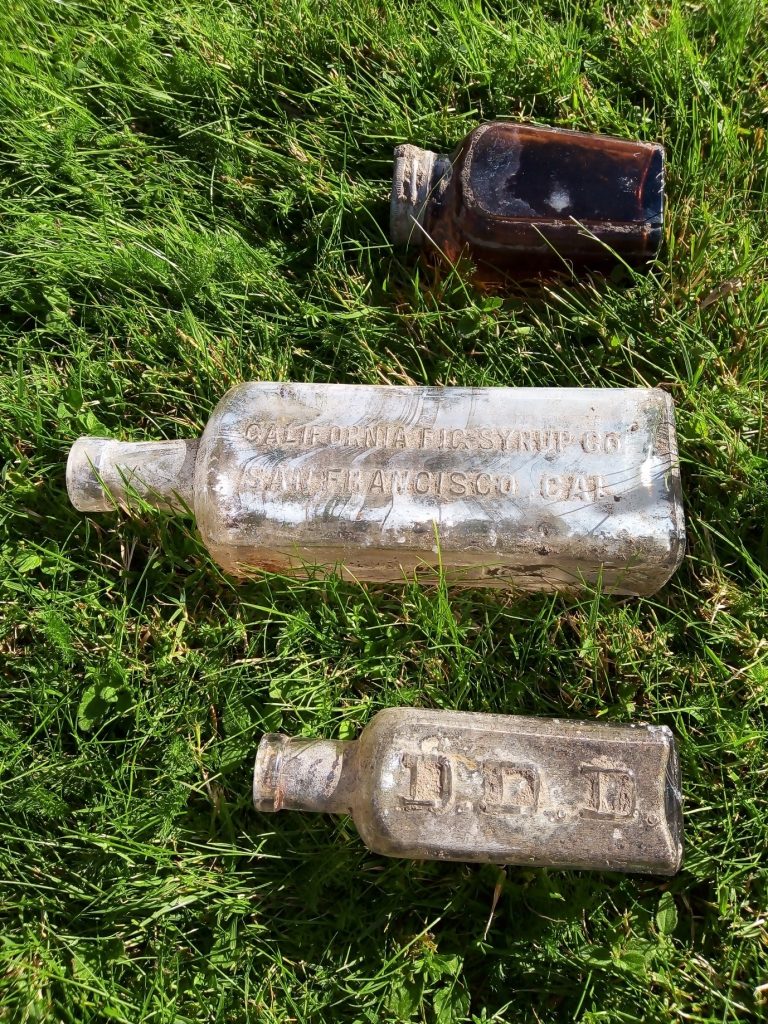 We welcomed a new volunteer, Simon, today and it was he who unearthed the semi-circular structure previously mentioned. After yesterday’s rain today has been productive, but it has raised more questions than answers regarding the greenhouse and its Victorian gardeners: was the south side wall shorter than the north side? Do we have a boiler room inside the structure? Why has the south side quite a substantial ash deposit on the outside of the greenhouse wall?

Tomorrow’s objective will be to delve further into the south-east corner and see if there’s a connection to the cavity in the semi-circular structure, and to bring the expanded trench down as far as the bottom of the greenhouse walls.