The second season of excavations at Shrewsbury Castle funded by the Castle Studies Trust finished on Friday 18 September 2020, and the time since has given the archaeologists, and University Centre Shrewsbury heritage experts Professor Tim Jenkins and Dr Morn Capper, a chance to draw breath and review the findings. The results are, to say the least, unexpected. 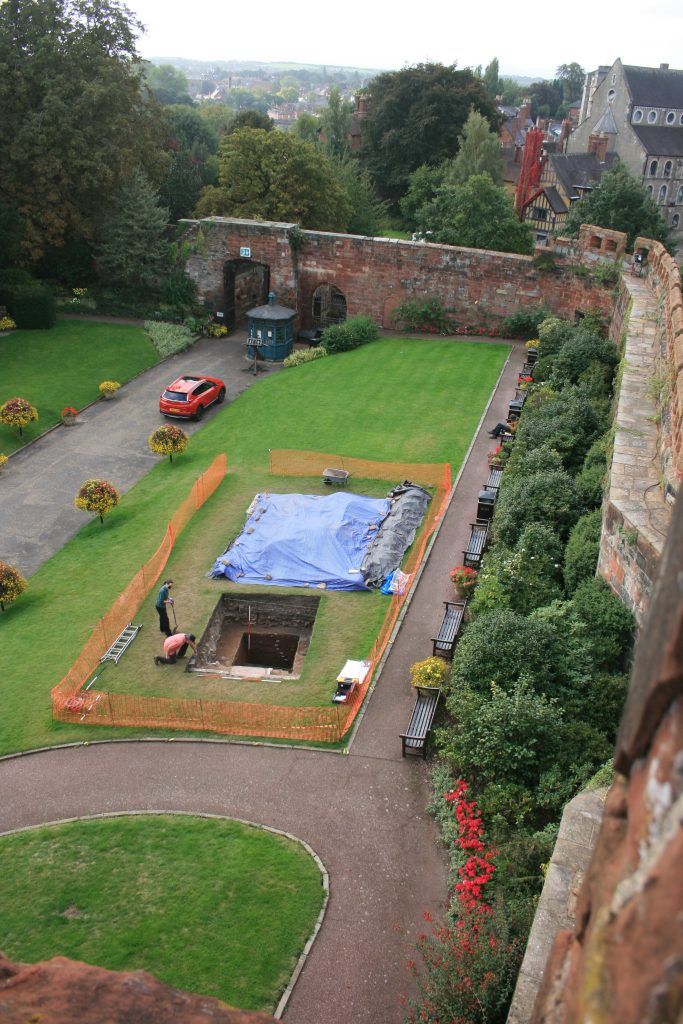 “We were perplexed to find no sign of the natural gravel hilltop in this year’s excavation, despite going more than two metres deep. The answer has dawned on us slowly. The familiar face of Shrewsbury Castle seen from the front of the station and from Castle Gates and the Dana is in fact the second Shrewsbury Castle. It probably dates to just after 1200AD. But the first Shrewsbury Castle, which would have been familiar to William the Conqueror, was about 25% smaller. It was confined to the hilltop and, though smaller, was absolutely bristling with defences – as we found in 2019.

“That’s why we didn’t find the chapel of St Michael: that was within the first castle perimeter – we were digging in the wrong castle!

“Around the year 1200 (and we need our pottery specialist to confirm the dating) there was a huge expansion programme, during which the familiar sandstone walls with their battlements were built lower down the hillside. The slope behind was then levelled up with landfill.” 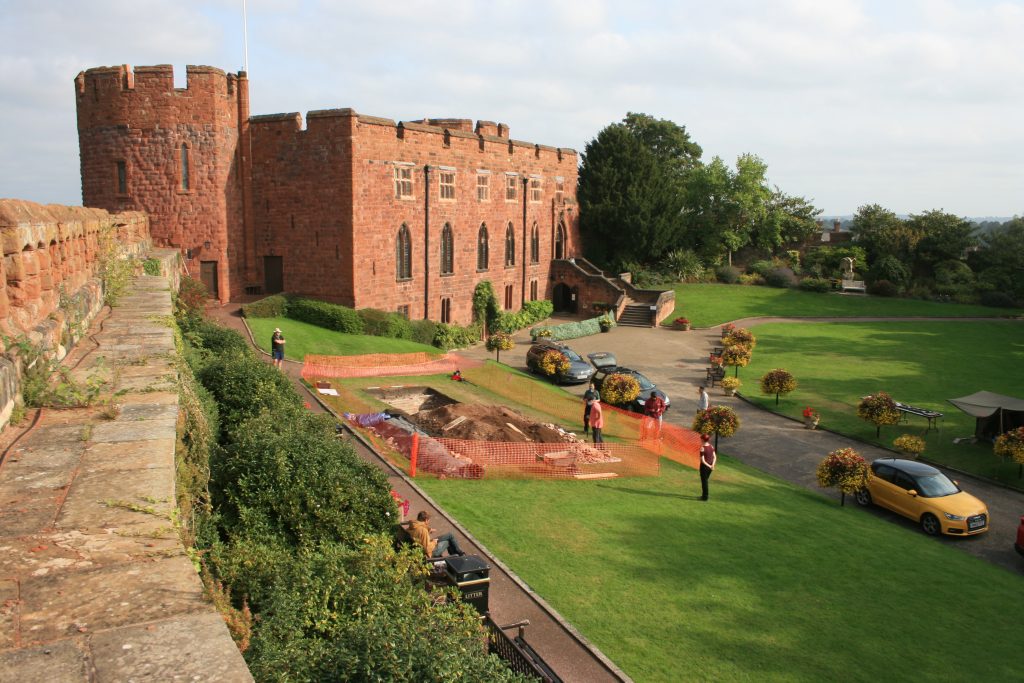 He added that, to archaeologists, even landfill can provide vital evidence. The layers of dumped earth included animal bones from food waste, and preliminary identification suggests that ‘high-status feasting’ was going on, with the bones of a pike and possibly a swan present.

“If confirmed, this is evidence of food fit for kings and lords, not your average Salopian, and looks like rubbish left over from the original Norman castle – or Shrewsbury Castle 1 as we now think of it.”

Find out more about the second dig season at Shrewsbury Castle by seeing the Dig Diaries.

This is a partnership project between Shropshire Council, University Centre Shrewsbury, the Castle Studies Trust and Dr Nigel Baker.