As work analysing the results of last July’s excavation at Shrewsbury Castle progresses, pottery from one of the pits found by the dig has been identified as dating from the century and a half before the Norman Conquest.

Birmingham-based archaeological pottery specialist Stephanie Ratkai has identified two kinds of Saxon pottery – some made in Stafford, which has been found before on local sites like the Castle Gates Library, and some made in Gloucester, not previously seen in Shrewsbury. 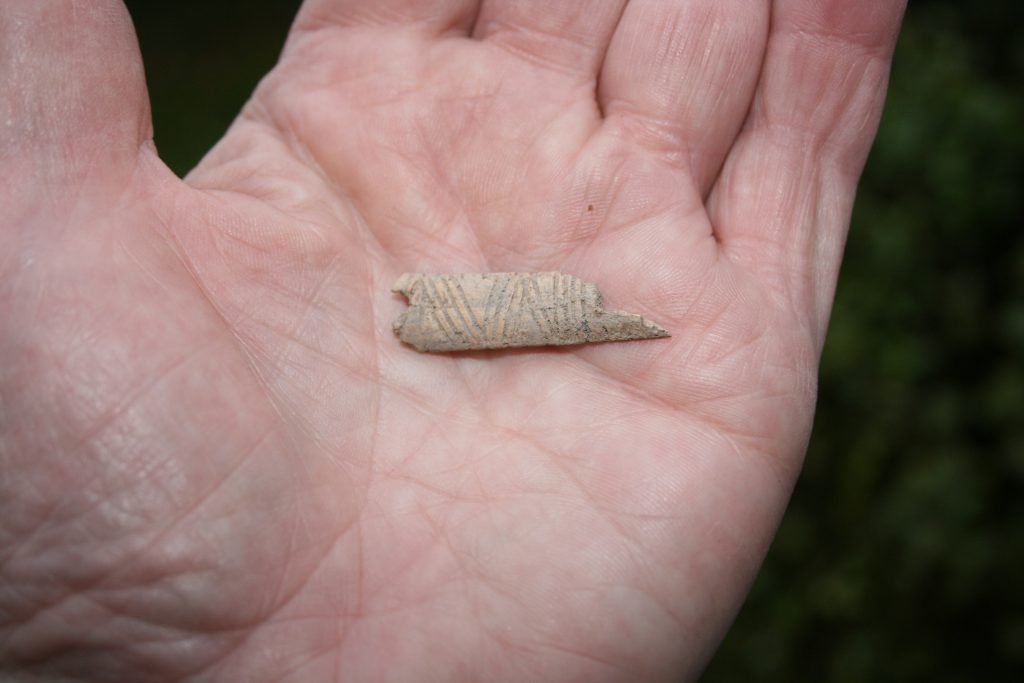 “It’s particularly exciting to find Anglo-Saxon finds on a castle. The history books tell you that the Normans introduced the castle to England in 1066 but archaeology is beginning to show that castles were often built on sites that were already important and sometimes already fortified.”

“As well as helping with the future management of this Grade I listed building, we hoped the excavation at Shrewsbury Castle would give new insight into the history of the site and the town.

“Therefore, the discovery of what we now know to be Anglo-Saxon pottery is hugely exciting and gives us new information about the story of Shrewsbury.”

It has been suspected for a while that Shrewsbury Castle’s long-lost chapel of St Michael may have been founded as a church in Saxon times, and we know that the Normans had fifty one houses demolished to make way for their castle.

We’re now in the process of applying for funding for a second season of excavation and, if we’re successful, we may be able to find out what exactly was going on here before the Normans took over.

The first excavation of Shrewsbury Castle was funded by the Castle Studies Trust and was a partnership project between Shropshire Council and University Centre Shrewsbury.

If you would like to find out more about the excavation that took place at Shrewsbury Castle in July, click here.

Shrewsbury Castle is owned and maintained by Shropshire Council.