Day two has been spent skimming any remaining top soil with spades. Next the teams worked back across the trench in lines, using trowels and brushes to get down to the first layer of substantial archaeology. Many small finds, such as pottery and large fragments of animal bone were uncovered. We also found oyster shell, a food of the less ‘well off’ in the past, which accompanies the many pieces of clay pipe found the previous day to suggest the presence of more ordinary people. 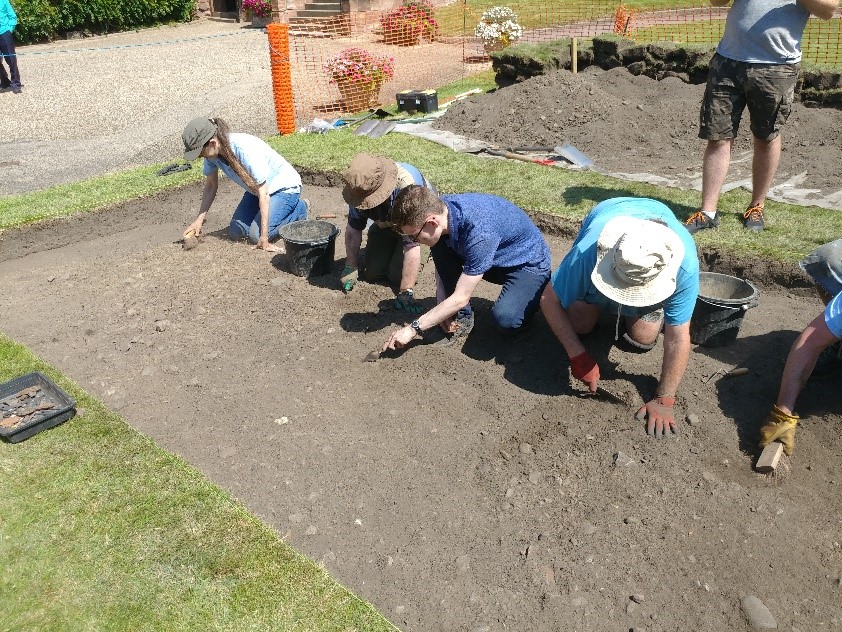 A tour from Dr Nigel Baker really brought out the centuries of history at the castle. In particular the different stone types, as well as variations in the age and quality of the curtain wall, were pointed out, suggesting phases of Medieval and later rebuilding which were particularly fascinating. Damage caused during the Civil War adds a further layer to the later history of the castle, before its refurbishment by Thomas Telford. In the trench two distinct layers have begun to form and now that the levels have been taken at the end of day two, we will be working our way through to the next layer during day three. 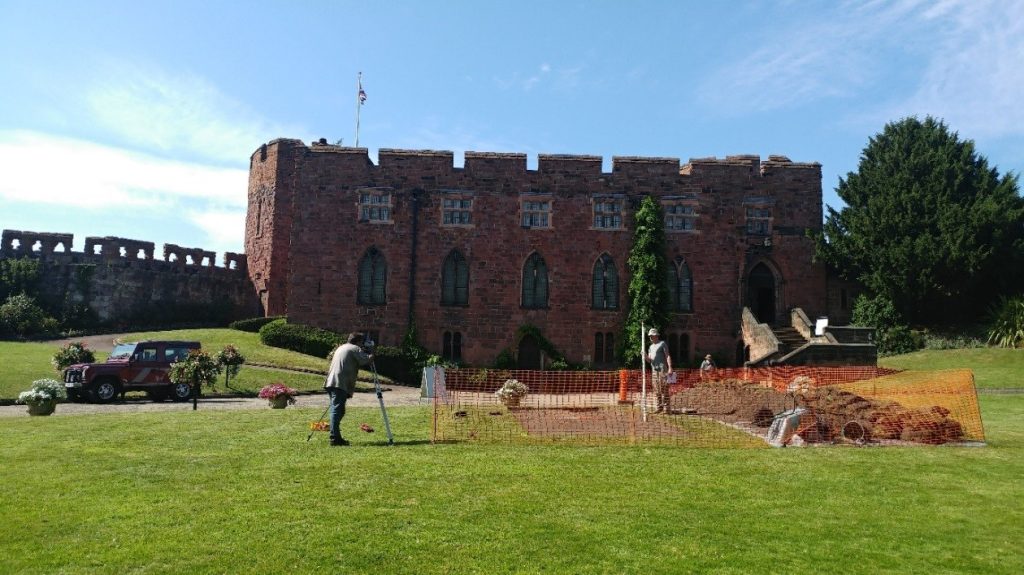 Tom Bowen, University Centre Shrewsbury, writing on behalf of all volunteers working on the excavation at Shrewsbury Castle.