Pothole busters ‘Fill.I.Am’ and ‘Harry Pothole’ meet the children who named them

The two special vehicles that help tackle potholes on Shropshire’s roads have met the children that chose their new names.

In a competition earlier this year children were invited to suggest names for the two Roadmaster vehicles, and the winning suggestions were Fill.I.Am and Harry Pothole.

On Thursday 20 June Fill.I.Am paid a visit to Oxon Primary School in Shrewsbury to meet the Year 6 pupils that came up with his name, and to give them a chance to find out how the Roadmasters treat potholes across the county. 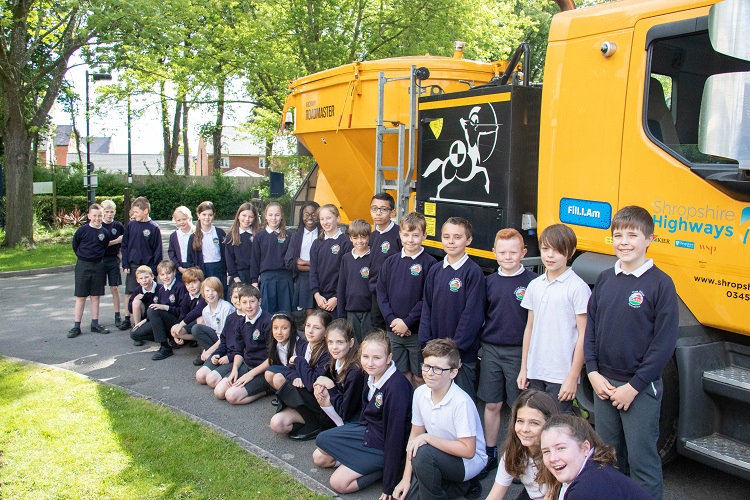 And on Friday 21 June, Harry Pothole visited Footsteps Nursery in Oswestry to meet some of the youngsters that chose his name. 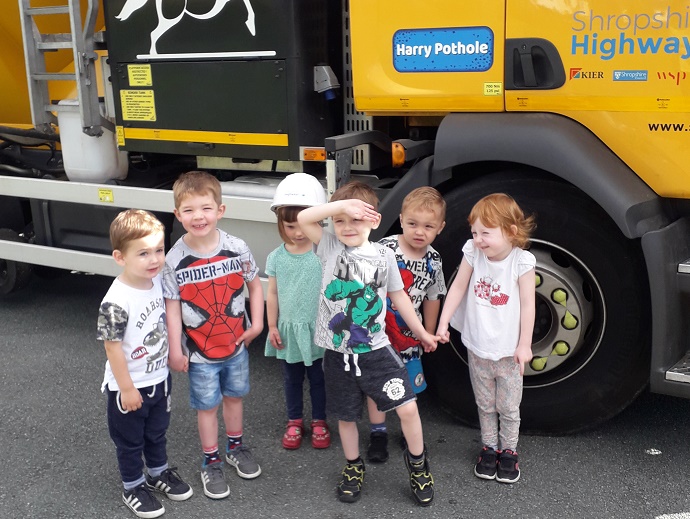 Both vehicles were accompanied by their drivers.

“Thank you again to all the children who suggested names for our Roadmasters, especially those who picked the winning names. I’m really pleased that Harry Pothole and Fill.I.Am are now out and about tackling potholes across the county.”

Roadmasters use compressed air to blow water or dirt out of a pothole that needs repairing and then fill it with hot bitumen and chippings. The repair is compacted by a roller and sealed with a layer of surface dressing – meaning a better quality of repair. 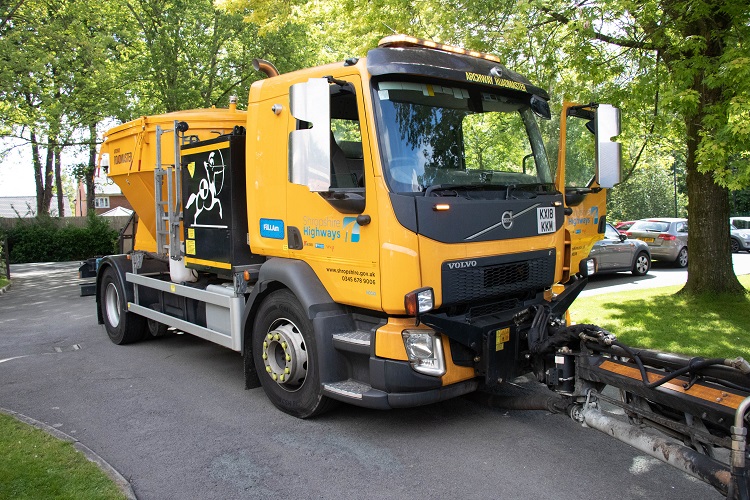 More than 30 names were suggested by children of all ages – from age two upwards – and the final two names were picked by a panel from Shropshire Council and its highways contractor Kier – including the Roadmaster drivers.

Fill.I.Am was suggested by Year 6 pupils from Oxon Primary School.

Harry Pothole was the most popular suggestion – put forward by Charlie Bowen, Elizabeth Donoghue, children from Footsteps Nursery in Oswestry, and Year 6 pupils from Oxon Primary School. Charlie and Elizabeth will be meeting Harry Pothole later this summer.