The flag was raised in the morning by Karen Calder, Armed Forces Covenant Chair, in front of an invited audience of military personnel and representatives from Shropshire Council. 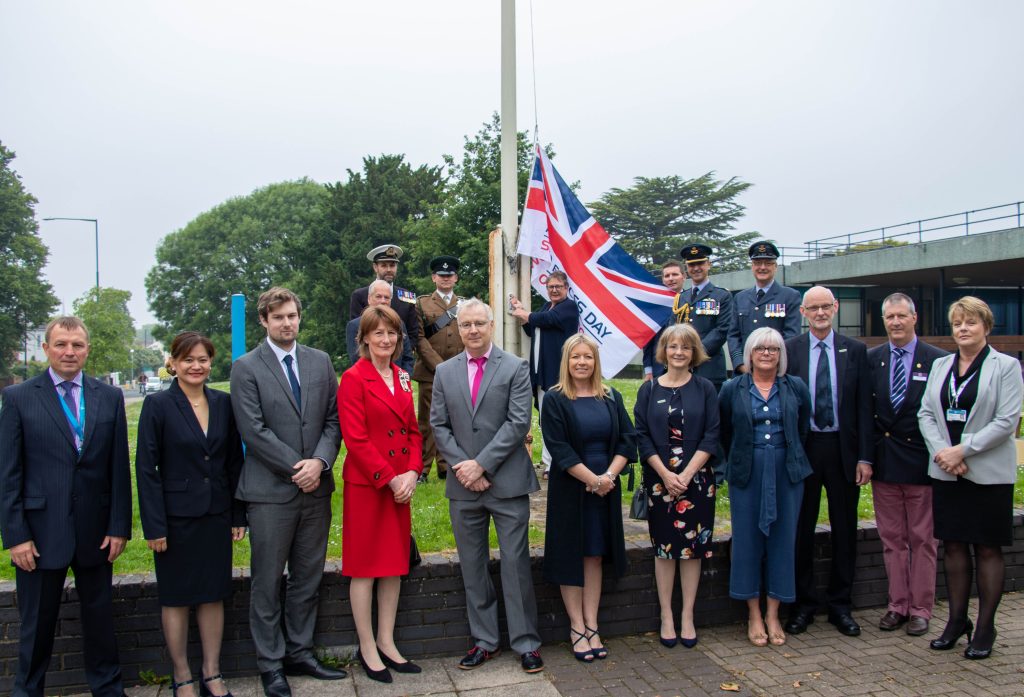 The council will be producing an electronic booklet which highlights all the pledges and offers made by Shropshire-based businesses. So far, 45 Shropshire businesses have signed the covenant but the council is always keen to hear from other businesses who would like to pledge their support.

Over the next week, many council services will be showing their support, including: 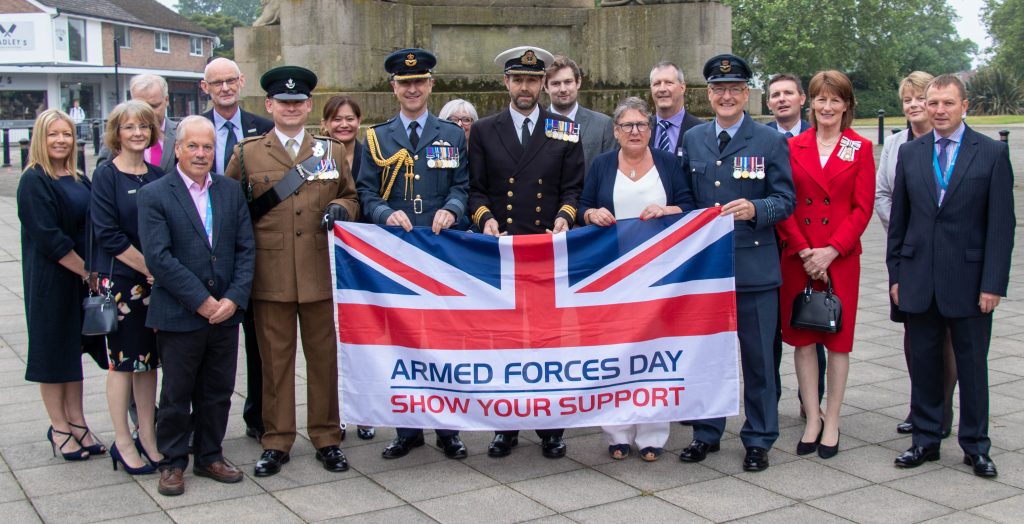 The council is also encouraging businesses in Shrewsbury to decorate their windows with a military theme for a chance to win a tour of RAF Shawbury for up to 12 staff members.

“Armed Forces Day is a fantastic opportunity for communities to come together and thank our forces personnel for the jobs they undertake on behalf of the country and in defence of the realm.

“It’s great that new businesses are eager to pledge their support, showing that we’re all committed to recognising, valuing and supporting their amazing contribution.”

Pledging their support as part of the Armed Forces Covenant