Three finds made by detectorists in Shropshire field have today been declared treasure by Shropshire Senior Coroner David Ellery at an inquest at Shirehall, Shrewsbury.

They are a 7th century gold penannular ring, an incomplete Roman gold amulet case, and a gold sword ring. The pieces were unearthed at sites near Condover and Prees. 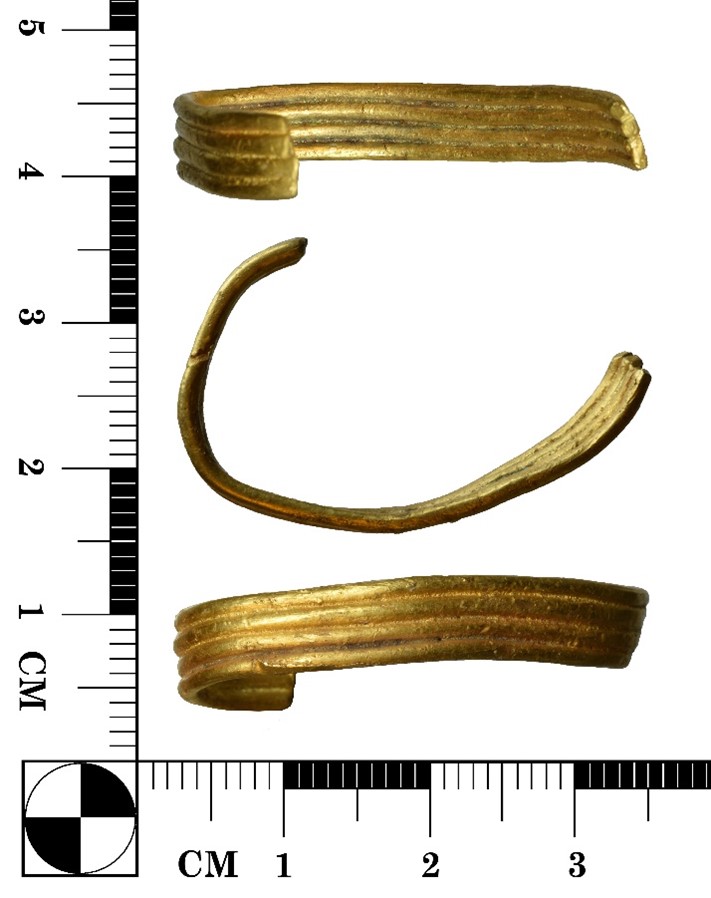 Shropshire Council has expressed interest in acquiring the artefacts, and will be seeking funding so that they can be displayed at Shrewsbury Museum and Art Gallery for everyone to enjoy.

The gold penannular ring has been described as “the latest incredible find of Bronze Age gold from north Shropshire, following the discovery of the Shropshire Sun Pendant in 2018”.

“Over the past 20 years a number of important finds of prehistoric goldwork have be made in north Shropshire. This ring is another clue, showing us that the people living in the area 3,000 years ago were part of a rich and sophisticated community.

“Although their use is uncertain, similar rings have been found decorating bracelets and other objects.  These decorative rings are amongst the most common items of gold to survive from the British Bronze Age.”

Part of the amulet case is the second example found by metal detectorists in Shropshire and this tells us that people from that area came here in the Roman period. It is most likely that they were soldiers in the Roman Army. 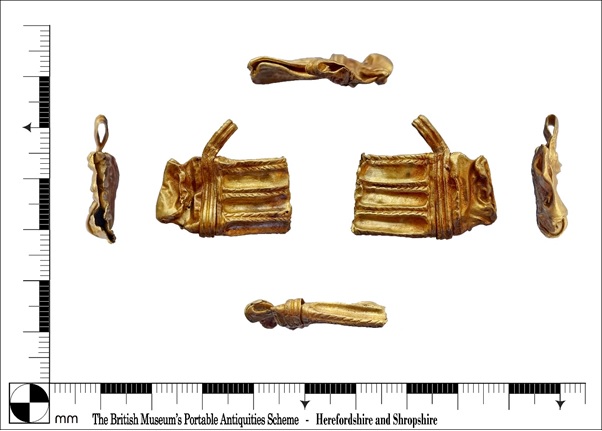 “This little tube would have contained thin gold sheet, marked with an inscription and magical symbols. These amulets were worn as a protection charm in an area from modern day Slovakia down to northern Bosnia and Herzegovina.”

The precise purpose of the seventh century sword ring is unclear, and finds from the period are rare from the county, but a growing number of early medieval finds made by metal detectorists are starting to reveal glimpses of the area’s Anglo-Saxon past. 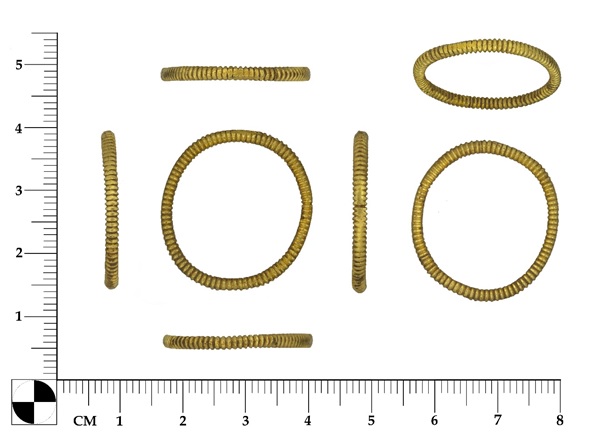 “Finds like this are so important for building a better picture of this time. Shropshire was going through a period of really seismic change. It sat on the border between the British-controlled Welsh kingdoms and the Saxon kingdom of Mercia.

“The kingdoms of Britain were often in conflict. This created a society where maintaining the support of a warrior elite was crucial, as was building the right alliances. Deals were often done by exchanging lavish gifts. Sword hilt rings may have been gifted and displayed as a mark of such an oath.”

“Finds like this show how people having been making Shropshire their home since the distant past. All three of these artefacts have a fascinating role in telling our county’s history.”

“Hopefully we will be able to secure funding for these pieces to be acquired and displayed at Shrewsbury Museum and Art Gallery.”