With Census 2021 results revealing that one in 10 Shropshire households have one or more resident who has served in the Armed Forces, we are sharing the work we do to support that community.

They were also joined by Lt Col Carl Meyer, who is an orthopaedic consultant at Robert Jones and Agnes Hunt Orthopaedic Hospital in Gobowen, and the lead consultant for the new Headley Court Veterans Orthopaedic Centre at the site. 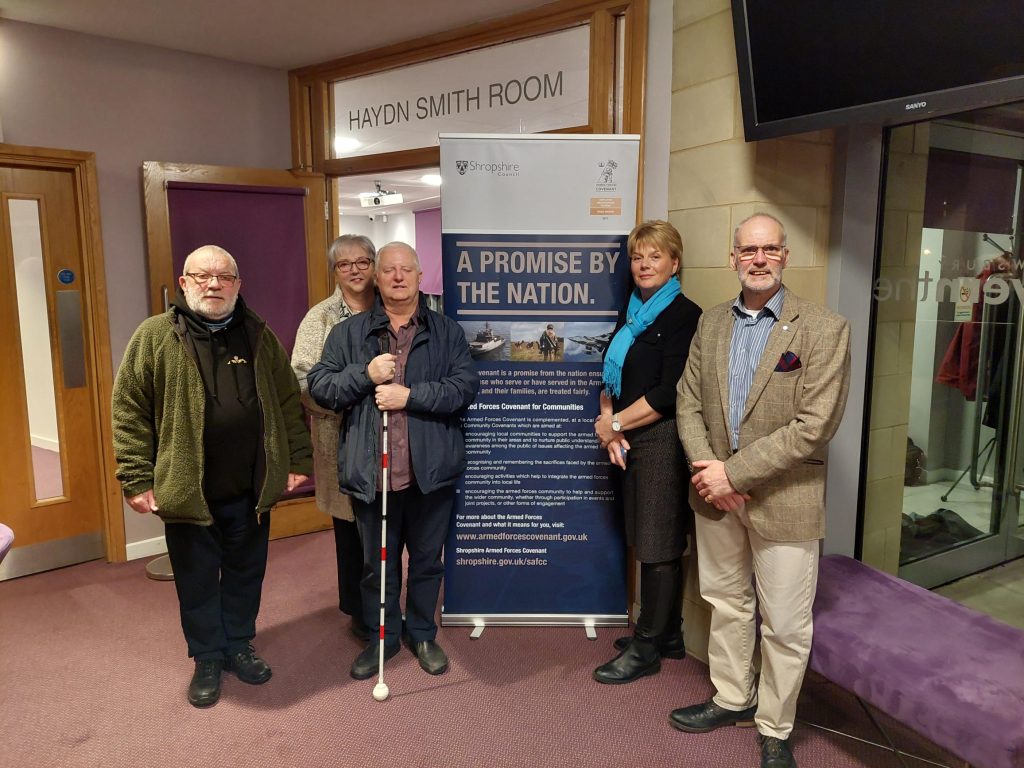 The meeting, held at Shropshire Council’s Theatre Severn in Shrewsbury, showcased the best practices of outreach work and health care offered to the Armed Forces community across Shropshire.

Shropshire Council has recently had its Employer Recognition Scheme Gold Award re-validated. This demonstrates the council’s commitment to supporting its workforce, as well as the wider Armed Forces community.

Shropshire Council’s Armed Forces Outreach programme provides wraparound support for the veteran/ military community in Shropshire and beyond. The team provides information, advice and guidance, working with a number of the service charities to ensure that military personnel, veterans and their families are offered the help and support they deserve.

“Shropshire has three major military units with the Royal Irish Regiment 1st Battalion at Clive Barracks in Tern Hill, and RAF Stations at Cosford and Shawbury; and Census 2021  showed that in Shropshire there were 13,800 households (10% of all households) with one or more people who had served in the UK Armed Forces. This compares to 7% of all households in England and Wales.

“In fact, three of Shropshire Council’s Cabinet members are veterans, and three more come from veterans families. The census has shown that we have a larger than average Armed Forces community in the county, and that is something Shropshire Council recognises and actively addresses.

“The work of Shropshire Council’s Outreach group is invaluable, and as an organisation we are delighted to have had our Armed Forces Covenant gold standard employer award reaccredited.

“We were pleased Luke Pollard asked to come and find out more about our activities in Shropshire and for the opportunity to showcase the excellent work, of which we are all extremely proud.”