Multihog machines to tackle more potholes across Shropshire this month 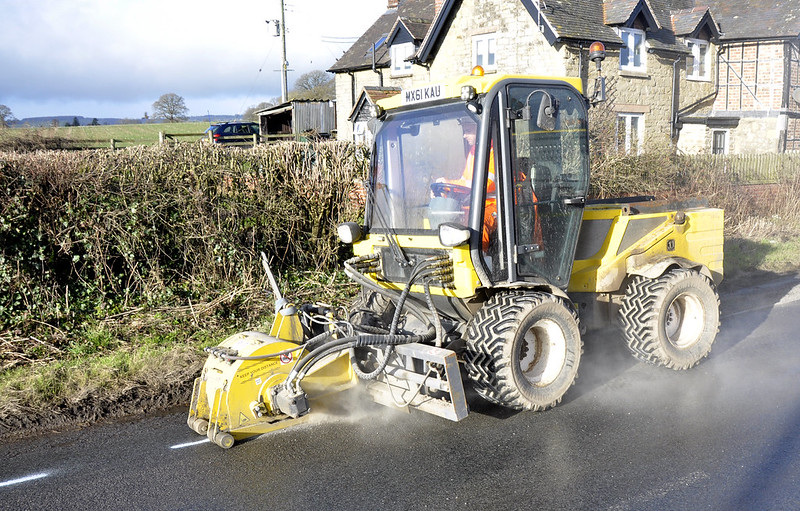 A Multihog in action near Ludlow in February 2022

Using the Multihog the council can reduce the likelihood of potholes forming in the short- to-medium term and cut down on the need for road closures.

This month the Multihog will be treating the following roads:

Other methods used to tackle potholes include the innovative new Texpatch process, which is being used to treat urban roads and provides a longer-lasting, smoother, neater finish compared to traditional pothole repairs.

And four Roadmaster vehicles are being used to carry out jet-patching on rural roads.

More traditional repairs by gangs are also carried out.

Since April 2021, more than 21,000 potholes have been repaired across the Shropshire Council area.

You can find out more about the use of the Multithog in Shropshire in this short video.