Work underway to resurface 49 stretches of road across Shropshire 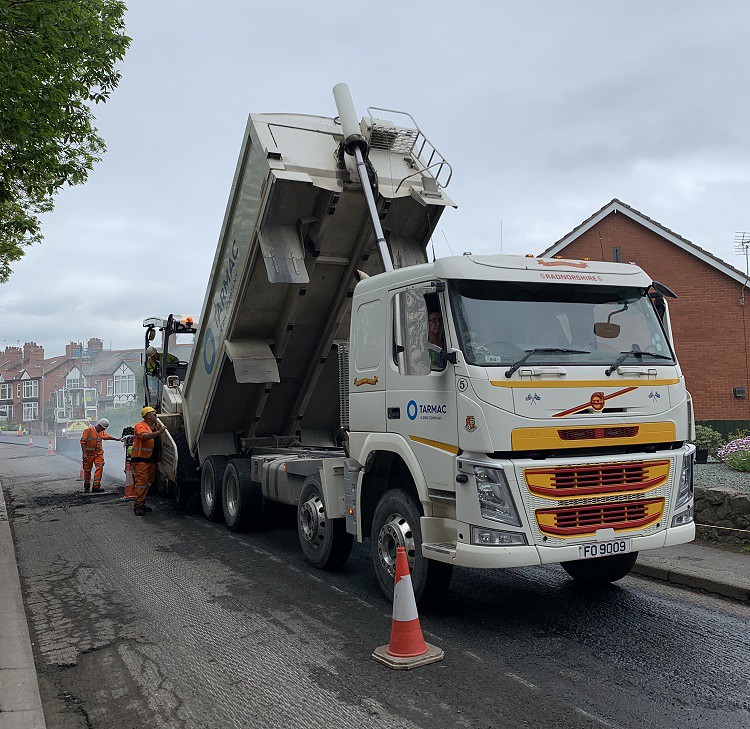 Resurfacing work in Whittington in early 2021

Nearly 50 stretches of road in Shropshire are to be resurfaced between November 2021 and March 2022, as Shropshire Council and its partners Kier and WSP continue their programme of work to improve the county’s roads.

The roads include 20 in the south of the county, 18 in the north, and 11 in the central area. In total 143km of road will be resurfaced.

Some schemes have already been completed, some are underway and many are due to start soon (see list below).

The annual resurfacing programme is put together based on regular inspections and annual surveys of the county’s roads, plus reports from residents, councillors, parish councils and community groups.

To ensure value for money, roads that are likely to need costly repairs in the future are prioritised.

“We’re committed to improving our roads and making them safer for all road users. Our annual resurfacing programme is an important part of this. It will greatly improve nearly 150km of roads, and help to prevent potholes and other problems occurring in the future.

“I’m sure the work will be welcomed by people who use these stretches of road and I thank people for their patience and understanding while this important work is carried out.”

Meanwhile, 60 stretches of road across Shropshire have this year been treated as part of Shropshire Council’s annual surface dressing programme. The work covered 816,000 square metres of road.

For more information, go to www.shropshire.gov.uk/highways.

The stretches of road being resurfaced – by start date – are as follows. Dates may be subject to change due to bad weather or other unforeseen circumstances.