Shropshire’s prehistoric treasures saved for all to enjoy

Seven separate prehistoric hoards discovered in north Shropshire will be secured for the public by Shropshire Museums.

The Shropshire Council service has fundraised and secured grants to acquire the hoards, which range in type and design and include jewellery, daggers, chariot fittings, spearheads and razors and have been described as “nationally important”.

The hoards were secured following a crowdfunding campaign and support from the National Heritage Memorial Fund, the Shropshire Archaeological and Historical Society (Pagett and Betton Fund) and The Friends of Shrewsbury Museum and Art Gallery.

Among the objects to be acquired is a unique package consisting of a lead sheet wrapped around two pieces of gold pieces of jewellery known as lock rings which are believed to have been a devotional offering.

Other finds include an extremely rare iron axe head, one of the first to have been made in Britain from this ‘new’ metal at the dawn of the Iron Age.

“It’s fantastic news that we will be able to keep these finds in the public domain and within Shropshire.

“They suggest around 3,000 years ago north Shropshire was a place of great importance.  Hopefully further study of these finds by our museums team will help to explain why.”

“We are very pleased to have supported Shropshire Museums with £11,100 to help acquire these rare and nationally important Bronze Age hoards. It is entirely fitting that these items will be permanently displayed at Shrewsbury Museum and Art Gallery, close to where they were discovered. The hoards join over 1,000 heritage treasures across the UK that the National Heritage Memorial Fund has saved since it was formed in 1980.”

“We are really excited to be able to help Shropshire Museums. Our grant will also help to fund their plans to develop a touring exhibition in 2022 to take these finds out to venues across Shropshire to ensure as many people as possible get to see these important discoveries.”

The finds are on display at Shrewsbury Museum and Art Gallery until Sunday 12 December 2021, alongside the Shropshire Sun Pendant, or bulla, which was discovered in September 2018 and acquired by the British Museum in 2020.

The bulla has been described as ‘one of the most significant pieces of Bronze Age gold metalwork’ ever discovered in Britain; however, it was not an isolated find. The discoveries of the hoards over the past three years in the wetland landscape of north Shropshire suggest that the Sun Pendant was just one of a whole series of deposits, and that this ritual was repeated for more than a thousand years.

“We are currently working in partnership with the British Museum to create an exciting new Prehistory Gallery for Shrewsbury Museum and Art Gallery. Here we will be able to display these objects and share their stories with our visitors.”

The National Heritage Memorial Fund (NHMF) was set up in 1980 to save the most outstanding parts of our national heritage, in memory of those who have given their lives for the UK . 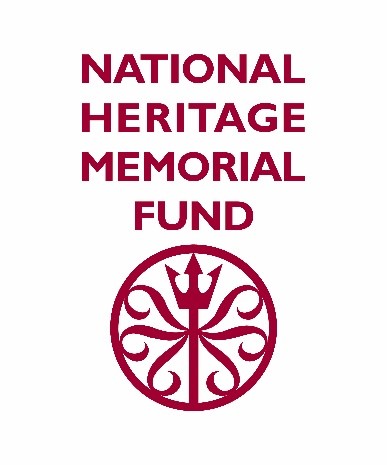