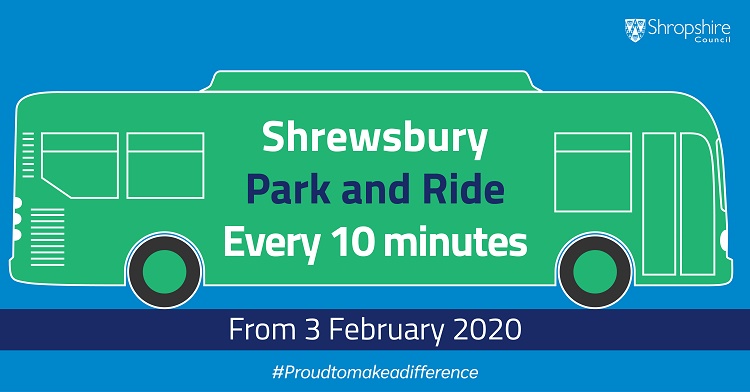 Buses serving Shrewsbury’s three park and ride sites – Harlescott, Meole Brace and Oxon – will run every 10 minutes from  Monday 3 February 2020, rather than every 20 minutes as at present, following a successful trial on the Meole Brace service.

The council is currently carrying out a review of how the park and ride service could operate in the future, and a series of service improvements are being trialled to find out which of these should be adopted in the long-term, as part of the Shrewsbury Big Town Plan.

An ‘every 10 minutes’ service is being trialled at Meole Brace between 11 November and Christmas Eve, and has been popular and well received.

As a result, buses from all three park and ride sites will run every 10 minutes from the start of February. 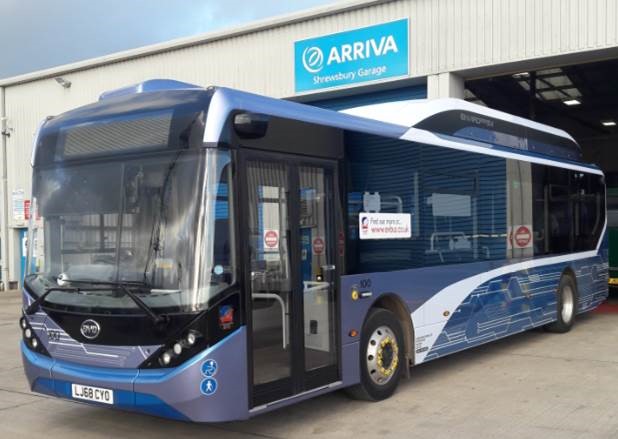 “We want to have the best possible park and ride service and are carefully considering what changes and improvements we need to make to the current service. Running buses every 10 minutes on the Meole Brace service has proved very popular and the trial has gone really well – hence we’ve now agreed that buses from all three Shrewsbury park and ride sites will run every 10 minutes from February.

“As well as changes to the frequency of buses we’re also considering the use of new technology, possible route changes and, of course, the use of electric buses, and we hope to announce further positive changes to the service in the near future.

“Transport and how people move around the town is an important element of the Shrewsbury Big Town Plan. The Plan recognises the importance that needs to be placed on developing transport solutions, and doing this with park and ride at an early stage provides a great opportunity to build for the future.”

“We thoroughly welcome this investment in park and ride which is great news for shoppers, workers and visitors to the town.

“Shrewsbury park and ride service hasn’t ever been as frequent as this, and this will make it a much more attractive and convenient way of getting into the town centre.

“We look forward to working with the council on further improvements to park and ride in the new year and helping achieve aspirations set out in the Big Town Plan to transform movement in and around Shrewsbury.”