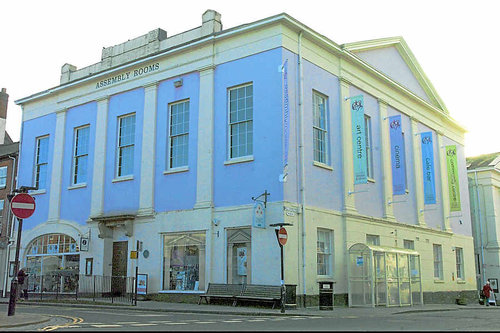 Shropshire councillors have agreed a plan to ensure that a project to renovate, refurbish and revitalise Ludlow Assembly Rooms is concluded at the earliest opportunity.

Work was due to be completed by late September 2019 but, for a number of unforeseen reasons, has been delayed. The project is also facing a significant overspend.

At a meeting of the full Shropshire Council today (19 December 2019) councillors approved recommendations – agreed by Cabinet at its meeting on 16 December – which will see the council negotiate the most suitable option for bringing the project to a conclusion, and provide an additional £1.3m from the capital budget to enable the project to be delivered in accordance with any of the proposed options.

The delays and projected overspend have come after it was found that the condition of the building is much poorer than originally thought, due in part to a number of unforeseen issues, such as:

Following the completion of the work Shropshire Council has agreed to transfer the building as a Community Asset Transfer to the Ludlow Assembly Rooms.

Under the existing plans there will be a 50% reduction in the building’s carbon footprint, plus increased accessibility, with a new and reliable lift, better, more accessible toilets and baby changing, plus more and improved seating with enhanced visibility in the auditorium.

The main entrance will revert back to the original on castle square as Ludlow Assembly Rooms takes on the ground floor of the building for the first time. This space will have a brand new café and the visitor information centre and Box Office will be combined in a visible area at the front.

The project is currently set to be completed in May 2020 with Ludlow Assembly Rooms then taking occupation.

“Ludlow Assembly Rooms is the cultural centre for south Shropshire and the premier community arts venue in Ludlow. This work will help secure the venue’s future as a regional beacon for the arts, culture and community, and – after much consideration – I feel that we therefore need to continue to support the refurbishment programme, though this has been a difficult decision.”