Shropshire Council’s museums service has acquired a rare gold coin that is now on display in the Medieval Gallery at Shrewsbury Museum & Art Gallery.

The stunning gold coin was purchased by the Friends of Shrewsbury Museum & Art Gallery and donated to the museum.  The gold coin of Edward IV, known as an ‘Angel’, was minted in London in 1473. 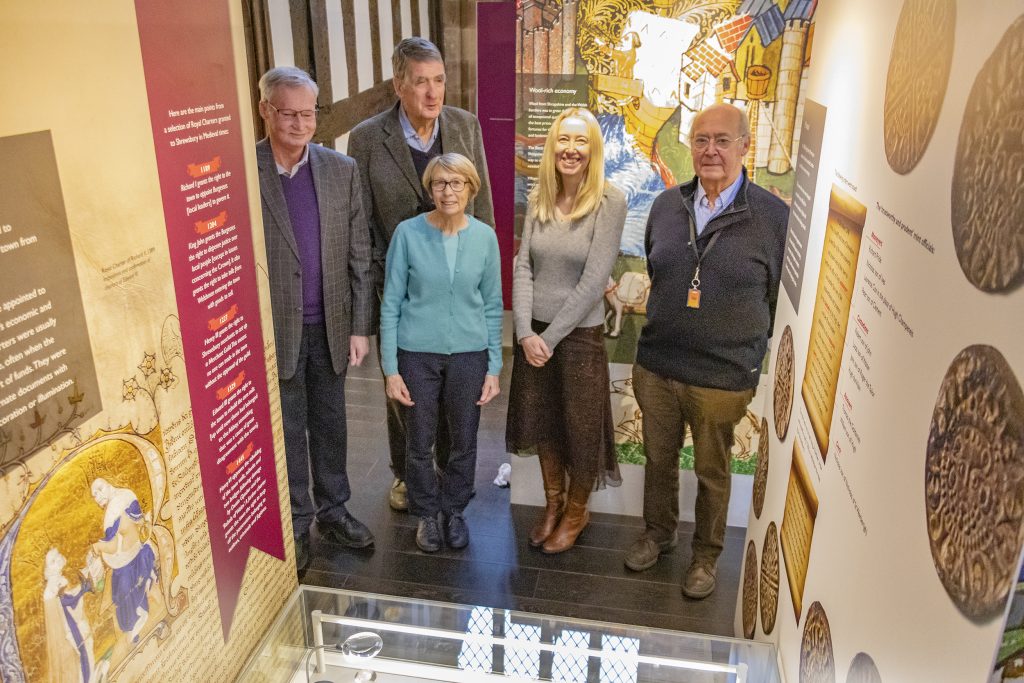 The ‘Angel’ was found by a responsible metal detectorist in mid-Shropshire and reported to the Finds Liaison Officer for Herefordshire and Shropshire, Peter Reavill.

“Coins of this high value are rare, and therefore this is an important find for Shropshire.

“This is the first example from Shropshire recorded by the Portable Antiquities Scheme and one of only 17 recorded across the whole of the UK. This is a particularly fine and early example of what was an iconic medieval coin.”

Edward IV became King of England during the turbulent years of the Wars of the Roses.  Due to the impact on the availability of coinage caused by the unrest and political turmoil of the time, he decided to reform the nation’s coinage.  As part of the reform he introduced the angel, worth 6 shillings and 8 pence, in 1465. These coins were known as angels due to the depiction of St Michael standing facing on a dragon.  At the time when this coin was minted it would have been roughly equivalent to two weeks wages for a skilled craftsman. The beauty of this coin led to it becoming a well-loved object in Medieval England.  Many pubs were named after it, including the Angel Hotel in Ludlow.

The angel was also traditionally given to people with scrofula, a disfiguring disease known at the time as the “king’s evil”.  It was thought that touching the coin brought you close to the monarch who had the power to cure sufferers.

Shropshire Museums has a fine collection of coins spanning over 2,000 years.

However, we had no example of a gold English Medieval coin.  We are very grateful to the finder and landowner for offering the coin for purchase and to the Friends of Shrewsbury Museum and Art Gallery for kindly acquiring it on our behalf.  It will help us tell a more complete story of the development of the UK’s coinage, and how this had effected the small change in our pocket today.

We are delighted to have been instrumental in the purchase of this beautiful Angel. The Friends, now numbering more than 320, aim to support the Museum through the purchase of items for display, sponsoring exhibitions, helping in the education programme and in many practical ways.

We hold a series of lectures for our members at the Museum and organise visits to other museums and places of historical interest. Membership has other benefits too such as free entry to the Museum and 10% discount in the shop and café.

If you would like join the Friends of Shrewsbury Museum & Art Gallery and support the museum, or simply find out more, visit the website.