The statue of Lord Hill on top of The Column in Shrewsbury is set to undergo repair works this spring, following an inspection of the statue and The Column earlier this week (Monday 25 February 2019).

The inspection was carried out after several small pieces of stone were found on the ground, which it was thought had fallen from the statue following recent high winds and freezing temperatures. 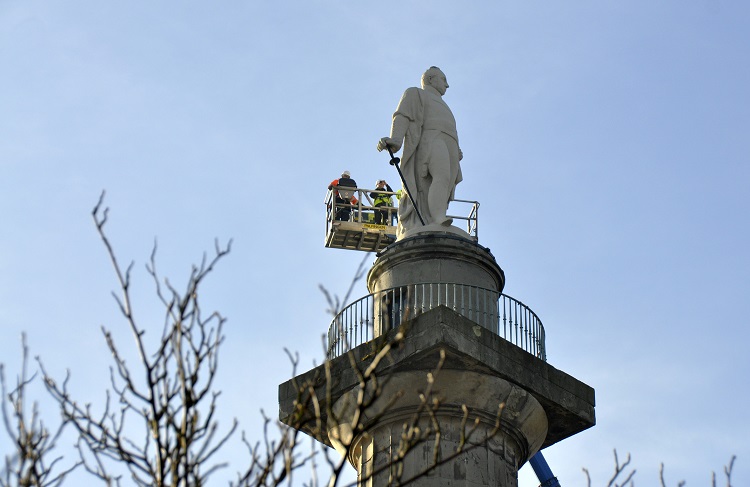 During the inspection, specialist stone masons found damage to some parts of the statue, including a number of fine cracks, plus weathering of the paint on Lord Hill’s left arm and right hand.

They also removed some loose masonry from The Column using a stiff bristled brush and dressed back the damaged stone using a chisel.

The inspection also confirmed that that The Column has suffered from localised ‘spalling’ – that is, crumbling or flaking of the Grinshill stone caused by freezing or wet weather.

The repair works are planned for May/June this year, subject to obtaining approval from Historic England.

It’s estimated that it will take two to three days to carry out the repairs, using a truck-mounted 50-metre-high mobile platform. 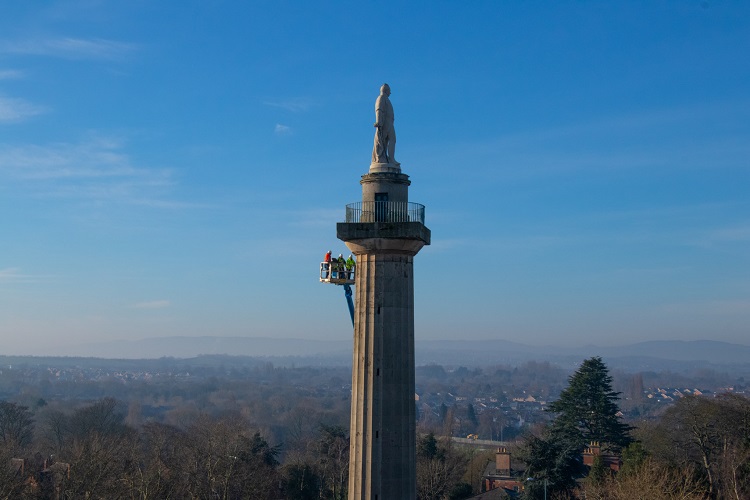 The inspection of The Column

“Lord Hill has clearly suffered at the hands of recent cold, wet and windy weather and is in need of some repairs, which we’ll carry out shortly. However, the good news is that the statue isn’t as badly damaged as it was back in 2013, nor as costly to repair. In addition, there is no immediate danger of any further debris falling from the statue within the short-term, so at this stage we don’t need to fence off The Column.”

Shropshire Council and the Friends of Lord Hill’s Column are currently working to secure the funding needed to replace the statue of Lord Hill with an exact replica made from its original material, Coade stone.