A unique team which is starting to transform care for elderly people in Shropshire stars in a new national video by NHS England which will be showcased across the country.

The frailty intervention team, known as FIT, was originally started as an idea by Shropshire Clinical Commissioning Group (CCG), who buy local health services, and The Shrewsbury and Telford Hospital NHS Trust (SaTH), to help local elderly people avoid being admitted onto a hospital ward where they risk lengthier stays and recovery periods.

Working together with the Shropshire Community Health NHS Trust and Shropshire Council a new team combining health and social care professionals was formed. The FIT is a fast track service to get frailer patients over 75 quickly assessed, treated and discharged safely back to their own homes or as close as, where research shows patients make a better, and quicker, recovery.

The team is based next to the Emergency Department at the Royal Shrewsbury Hospital, run by SaTH, and includes social workers, doctors, advanced nurse practitioners, physiotherapists, occupational therapists and even a community matron!

Since its launch a year ago, over 100 patients a week who come into assessment areas like the Emergency Department (ED), Acute Medical Unit (AMU) and Clinical Decision Unit (CDU) are added to the team’s case load, with around a quarter discharged before they are admitted onto the wards.

This means that their length of stay is less than 72 hours and the vast majority, over 80 per cent, are discharged straight home.

The hospital has seen a ten per cent reduction in patients aged over 75 being admitted onto the wards. “For an older person sometimes going into hospital is absolutely the right thing to do – but sometimes it isn’t. We know that once a person reaches the age of 80, ten days in hospital is the equivalent of losing ten years of muscle strength.

“As we get older our ability to recover from seemingly minor events like a urinary tract infection or a fall decreases; they hit us harder and we need more time to get back to normal. We’re far more likely to recover fully if we can go home or be as close to home as possible, so that we’re near friends and family and the surroundings that make us feel safe and supported.

“FIT is based on frailty models delivered elsewhere but what’s different about it is the particular involvement of the social workers and community matron, who not only support the patient’s discharge but can prevent them from hitting the Accident and Emergency (A&E) department again by supporting them in the community.

“We believe this is the first time a team of its kind has been brought together to deliver this type of care. The way we work together has been seen as a great piece of partnership working by NHS England. FIT really puts Shropshire on the map and showcases the innovative care that our health and social care colleagues are doing together.”

It features Roy, aged 90, who lives with wife Doreen 83, and shows how FIT helped him after he had suffered a fall.

“The team visited dad in hospital and took him under their wing and it’s been fantastic. They’ve very much co-ordinated the care. They arranged a hospital bed to come to the house. It was really heart-warming to see all those different agencies joining up for dad’s health and safety.” “Before I was involved with Roy he was in and out of hospital very frequently with chest and urine infections which could be treated effectively at home and since then he hasn’t had to go to hospital. There have been five or six occasions when he’s been treated at home but in the past he would have been admitted.”

The FIT is just one part of a much wider programme of work now being developed by the CCG, and its partners, called Shropshire Care Closer to Home (SCCtH). This aims to proactively case manage and deliver care to patients with long-term conditions at risk of repeated admissions so that they can better manage their health and avoid lengthy hospital stays.

“Imagine a team like FIT but close to or wrapped around general practices. Patients could be referred into this team who can then quickly assess and manage that patient. This may include care delivered in the community, even in their homes, rather than on a ward. Ironically the hospital has started what the community desperately needs.

“Shropshire has a significant older population with those over 85 expected to increase by nearly 40 per cent by 2025. Currently community care is delivered too inconsistently across the county and our older, frailer patients are too often hitting A&E with issues that could have been sorted out earlier back in the community.”

The partners talk about their experience of working in the team on the video: “We might all see the same patient but we’ll consider different aspects of that patient’s care and journey and it feels like a much more cohesive response to a patient.”

“The fact that we can all speak to each other and discuss these patients and get them seen so quickly now makes a big difference to our turn over.” 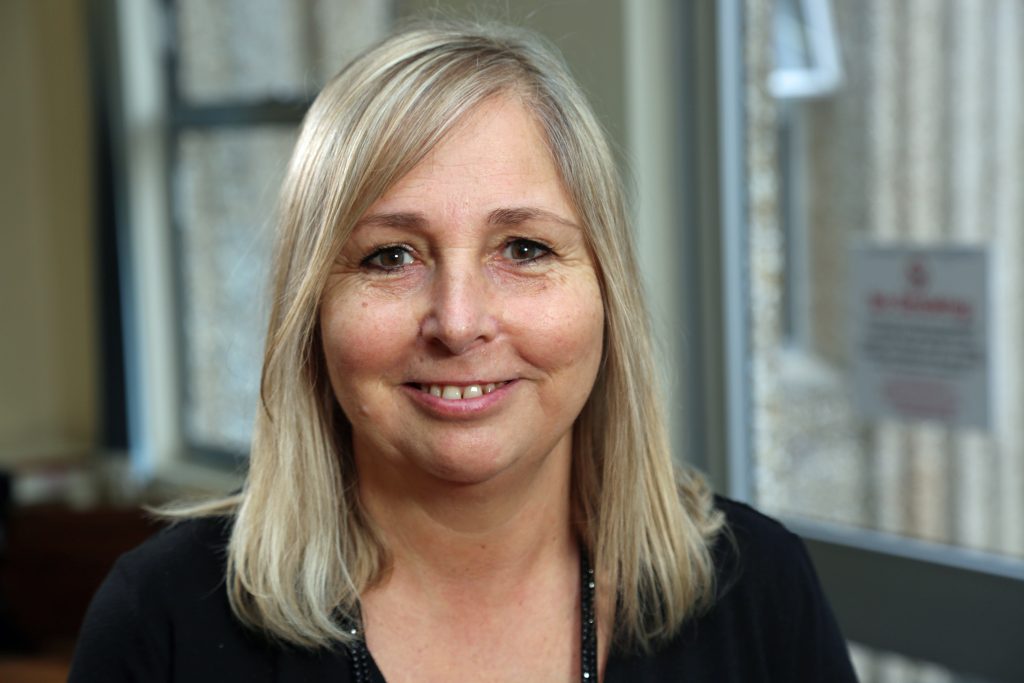 “I’m part of a much bigger team I can link in very quickly to our community workers and when that person is discharged they will be seen in 48 hours usually returning home. We can make sure they really are safe on their discharge and put plans in place to support them long term if need be.” “For me what has been a huge change is being able to deliver comprehensive geriatric assessment and care within hours of the patient coming to the hospital rather than two or three days down the line on a ward which is how it used to work.”

Tweet
mailto:?subject=Unique local health team is making national waves – and it’s a community team based in the hospital&body=https%3A%2F%2Fnewsroom.shropshire.gov.uk%2F2019%2F02%2Flocal-health-team%2F Share via e-mail