Work to improve the Mount Pleasant crossroads on the A529 near Market Drayton has been completed over a week and half ahead of schedule, and all the temporary traffic management has been removed.

Work  began on 1 October [2019] and was expected to last for approximately four weeks. 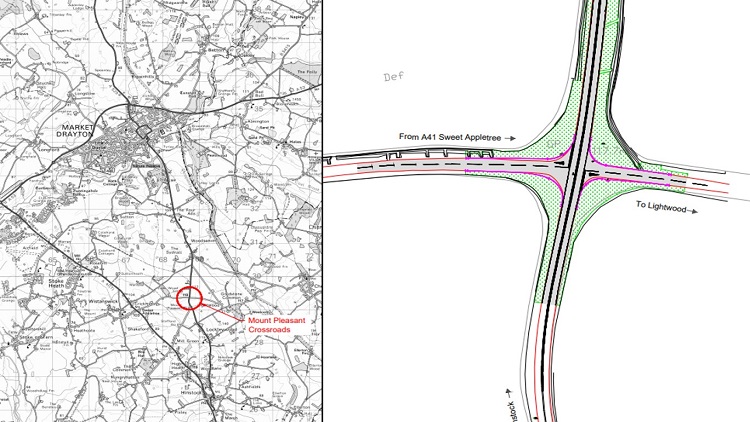 Work has included the reprofiling of the junction, including new kerbing, all associated drainage, highway surfacing, road markings and traffic signs.

There are some minor remedial works to the ditch alongside the A529 to be carried out under temporary traffic lights in due course. A date for this work will be announced once known.

The below ‘before and ‘after’ shots were taken from the same position on the western approach to the crossroads, which is where the majority of collisions were happening.

‘Before’ picture. This shows how the give way lines were hidden from view due to the crest just before the junction, and how the road appeared to continue straight on, as the centre lines appeared to join up. 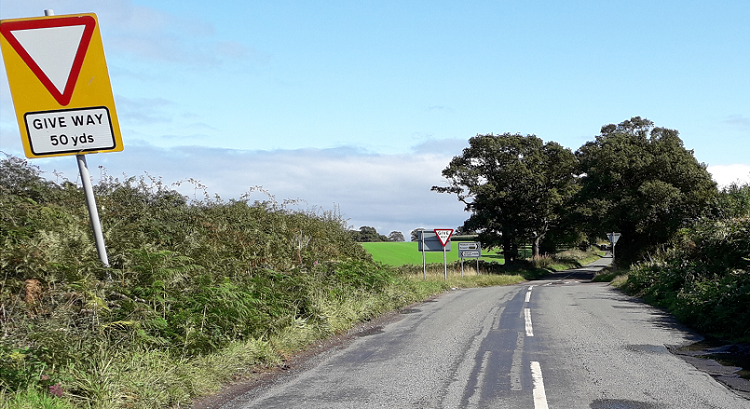 ‘After’ picture. This shows how the crest has been removed and that the give way line is now visible with a distinct separation between the centre lines on the approach roads so the illusion that the road continues has been removed. 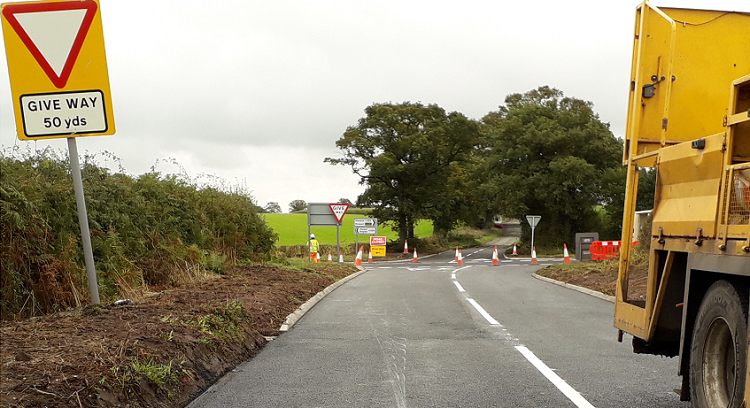 The work has been carried out by Kier and supervised by WSP on behalf of Shropshire Council.

For more information go to www.shropshire.gov.uk/mountpleasantcrossroads.