News from our partners: Shropshire Council gets to star in Shrewsbury Monopoly game

And .. drum roll .. Shropshire Council gets to star in it ! The council-owned and managed landmarks occupy the blue, red, yellow and purple coloured spaces in this brand new edition, which was being launched this morning at a high profile ceremony (being attended by  the Town Crier, as well as Mr Monopoly no less!) at Shrewsbury’s ex-prison The Dana.

As well as Shrewsbury Library, Theatre Severn, The Market Hall Shrewsbury, Shrewsbury Museum & Art Gallery, Shrewsbury Castle and the Charles Darwin statue, the board features pretty much all the great and good of the town. 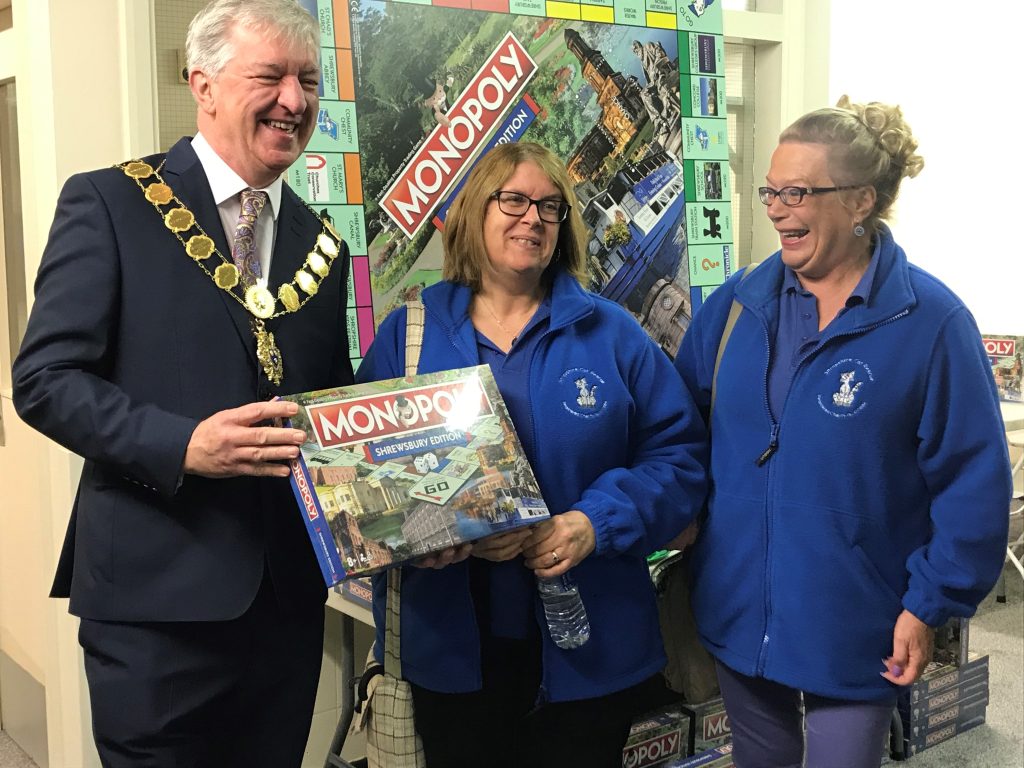 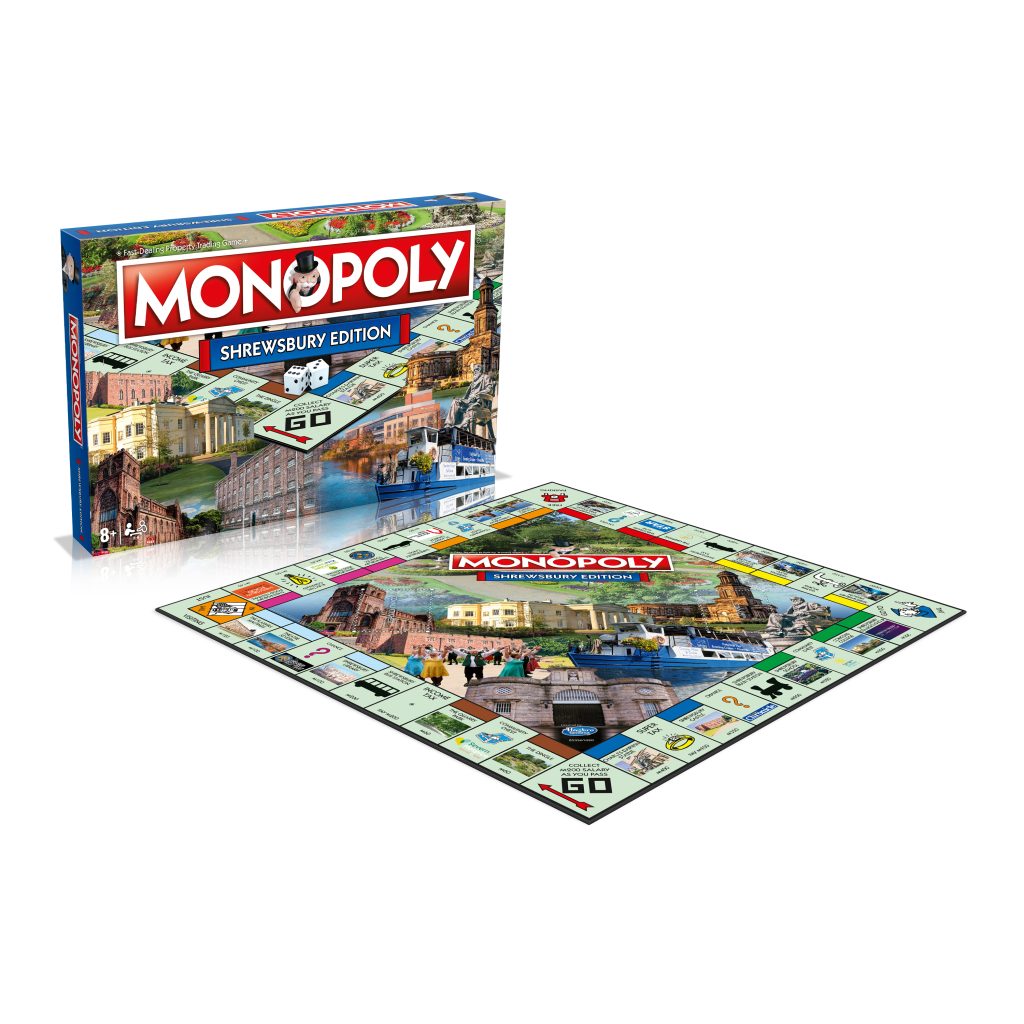 Shrewsbury Monopoly – box and board

In this new unique version of Monopoly, whilst the rules, money denominations and spirit of Monopoly stay exactly the same .. the spaces all become exclusively Shrewsbury landmarks and favourites. And many of the Chance and Community Chest cards are customised too. One fines players for accidentally dropping their phone in the River Severn! 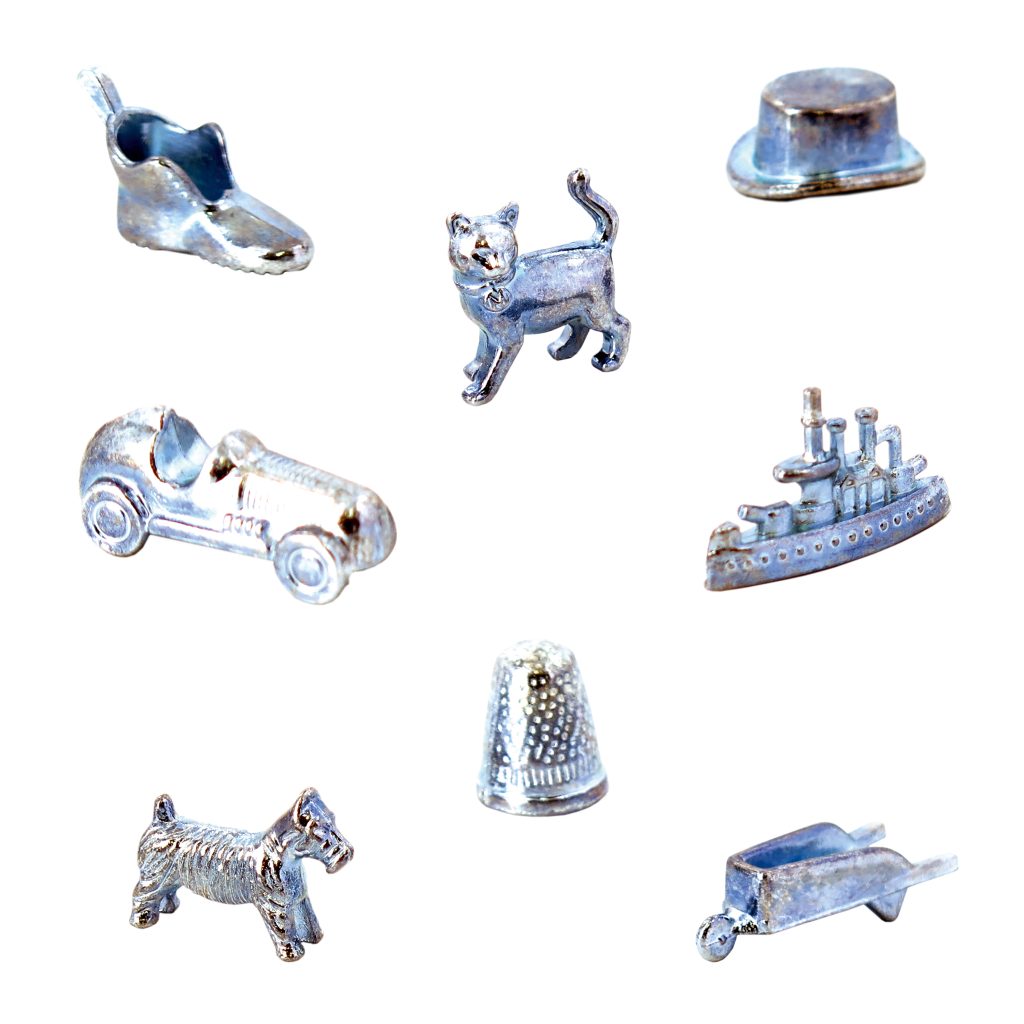 Winning Moves UK are the makers of this version under official license from Monopoly owners, Hasbro. 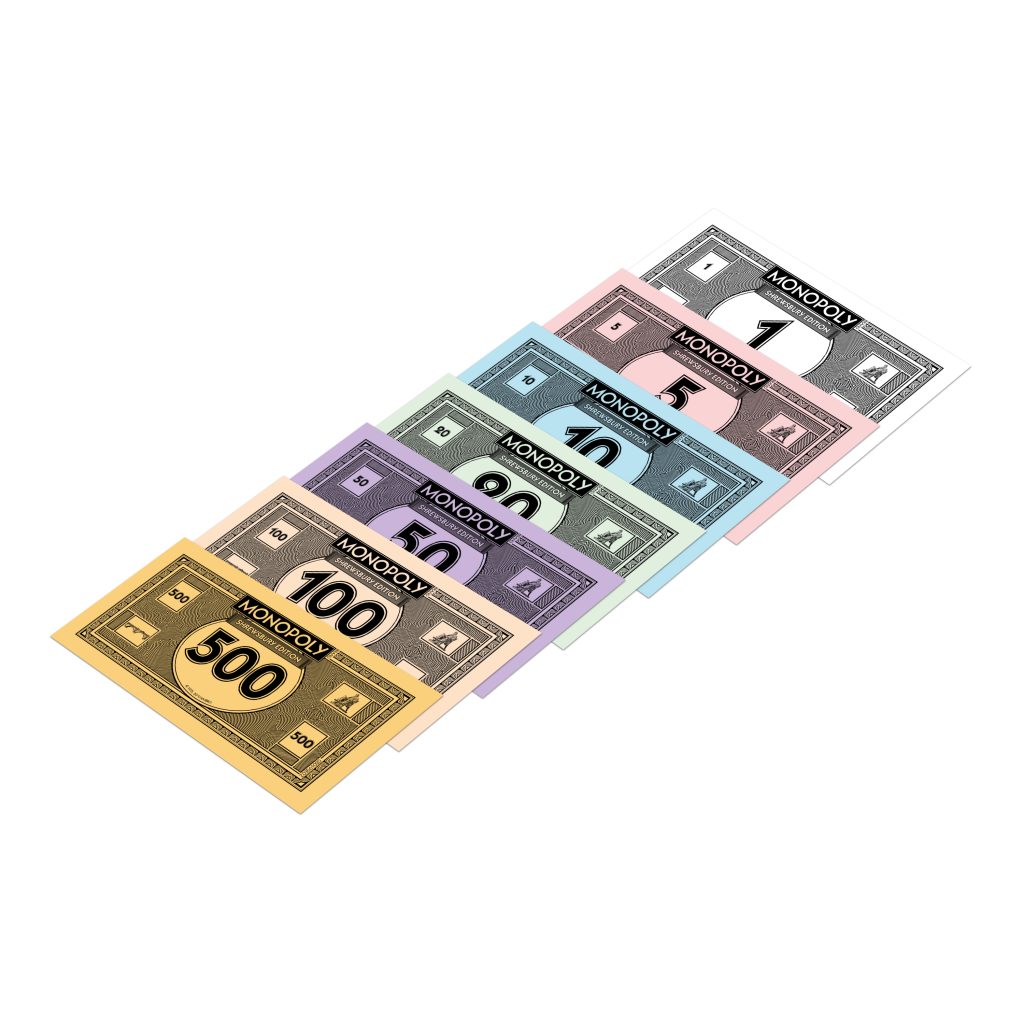 The game went on sale from 10am today at all good book and toy stores, including Waterstones, WH Smith and The Works – and very widely online, including on Amazon.

Tweet
mailto:?subject=News from our partners: Shropshire Council gets to star in Shrewsbury Monopoly game&body=https%3A%2F%2Fnewsroom.shropshire.gov.uk%2Fpartner-news%2Fshrewsbury-monopoly-2%2F Share via e-mail