Prof Simon Maddocks, President and Vice Chancellor of Charles Darwin University (CDU) in Darwin, Australia, and his wife Vicky, visited Shropshire, Shrewsbury and the University Centre Shrewsbury last  weekend to learn more about the origins of his university’s namesake and to explore collaborations between the two universities.

The visit comes after Paul Kirkbright, Deputy Provost of University Centre Shrewsbury, visited CDU in February 2019 to create links between Darwin, Australia, and Darwin’s hometown of Shrewsbury, as well as between the universities. 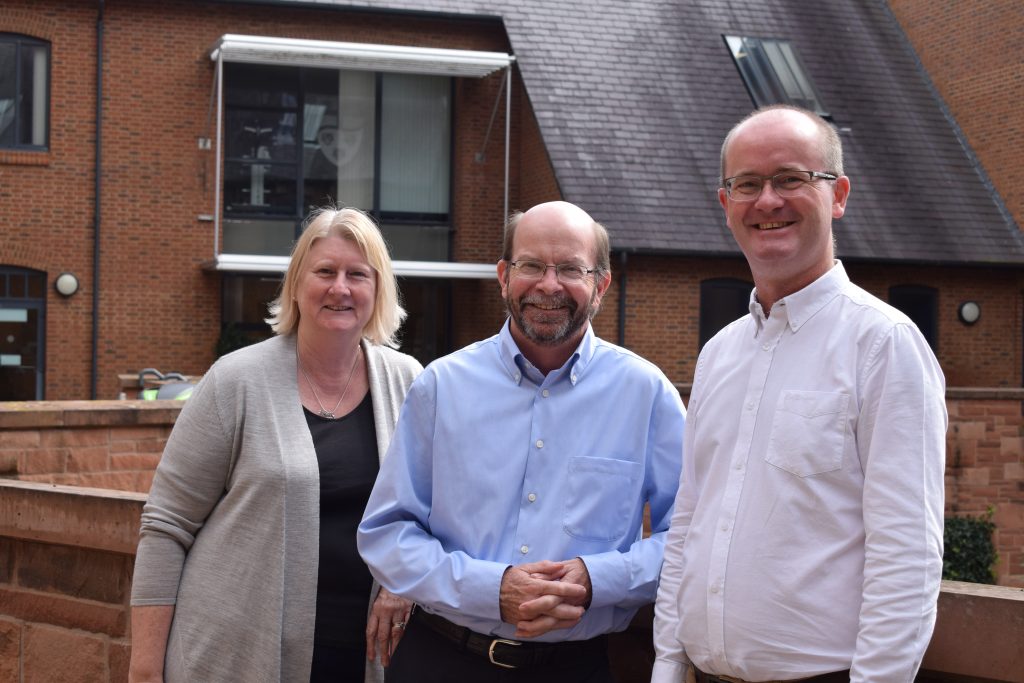 Professor Maddocks and his wife Vicky with Paul Kirkbright at University Centre
Shrewsbury.

“While half a world apart, the universities have quite a bit in common, from our shared heritage in Darwin and our rural locations, to the young age of both institutions.”

“It was a pleasure to reciprocate Paul’s visit to Darwin in February and to see University Centre Shrewsbury first hand. There are clearly a range of academic and research opportunities of relevance that could be fostered to mutual benefit.”

The university leaders discussed potential collaborations in joint areas of research in environmental science and rural health care, as well as the possibility of UCS bioscience students joining CDU students for their annual research trip to the Galapagos Islands. Shrewsbury’s Darwin Festival and Darwin’s Darwin Day were raised as further areas of partnership. 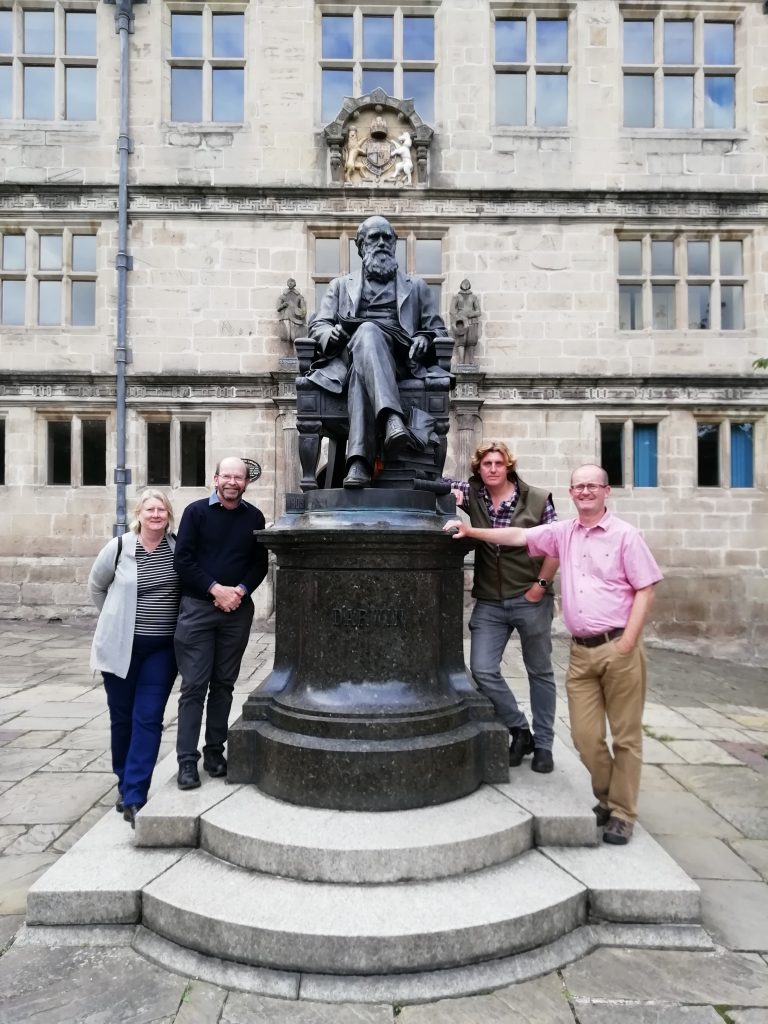 Professor Maddocks and his wife Vicky join Tim Jenkins, Head of Arts and Humanities at UCS and Paul Kirkbright, Deputy Provost at UCS, at Shrewsbury Library.

Prof Maddocks and his wife toured Ironbridge with Prof Tim Jenkins, Head of Arts and Humanities at UCS, as well as the Flaxmill and Darwin-specific sites such as Shrewsbury Library and The Mount. The group, including Paul Kirkbright and Julieanna Powell-Turner, Head of UCS’ Centre for Research into Environmental Science and Technology (CREST), were welcomed to Shrewsbury School by Librarian and Archivist Robin Brooke-Smith, who viewed a first edition of On the Origins of Species and some of Darwin’s correspondence. 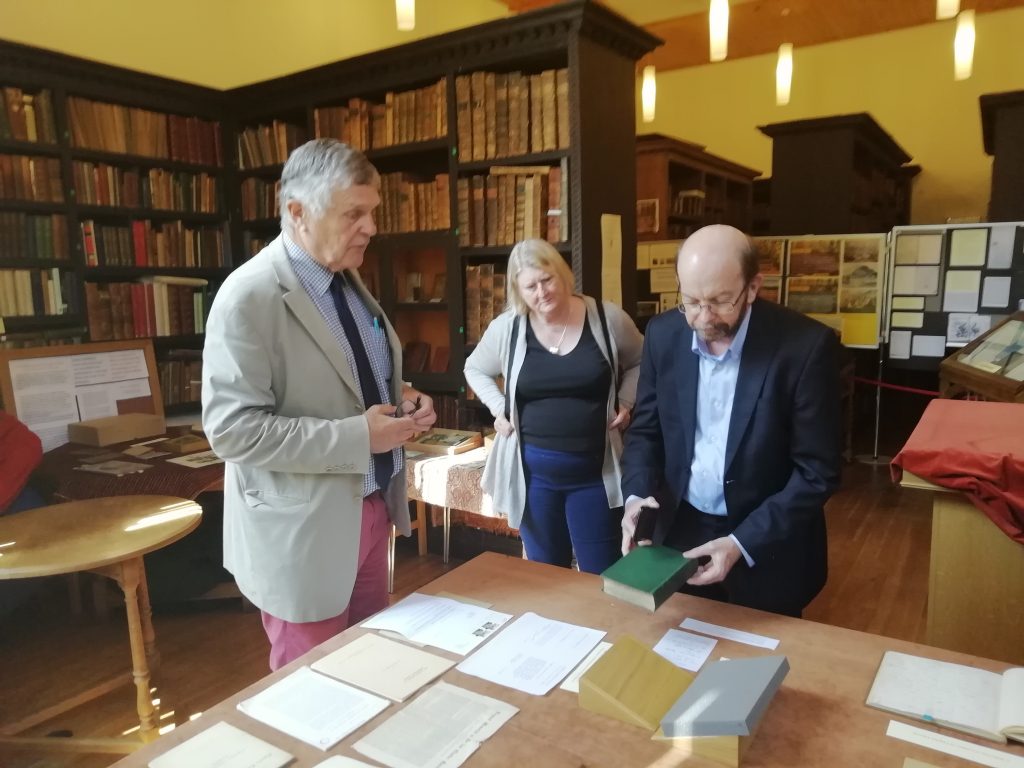 Professor Maddocks views a first edition of Charles Darwin’s On the Origin of Species with Librarian and Archivist Robin Brooke-Smith at Shrewsbury School.

“I enjoyed seeing Shrewsbury’s amazing and largely unheralded heritage and innovative past, including the Flaxmill and key landmarks of Charles Darwin’s early life, as well as the environs of Shrewsbury that helped stimulate his interest in natural sciences.

It was a particular privilege to visit the Taylor Library at Shrewsbury School to see some of Darwin’s correspondence and a first edition of On the Origin of Species, amongst the treasures held there. My wife, Vicky, and I very much look forward to returning!”

University Centre Shrewsbury, which is beginning its fifth year, is a unique partnership between the University of Chester and Shropshire Council. Created by Shropshire for Shropshire, UCS now offers 17 undergraduate and 10 ten post-graduate degrees in one of England’s most beautiful Tudor towns.