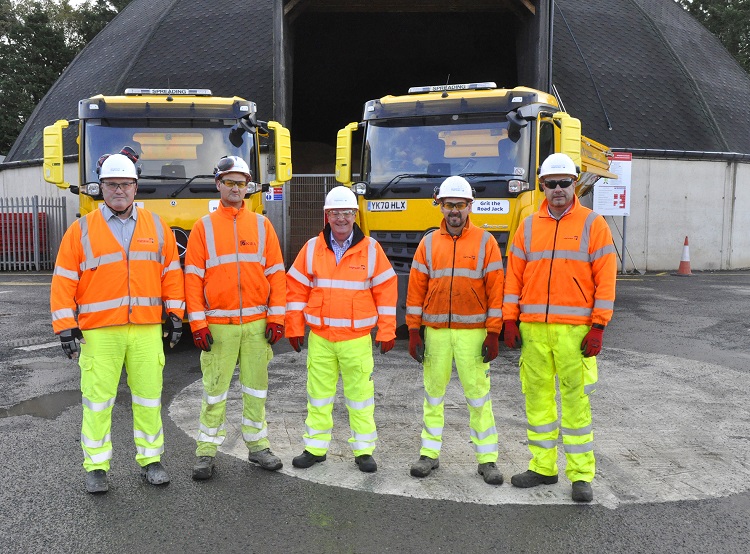 Shropshire’s highways teams have been busy preparing for the onset of winter and are ready to treat the county’s roads when the ice and snow arrive.

Over the summer, work was carried out to ensure that vehicles and drivers are ready for next winter. Gritters have been serviced and maintained, and over 22,000 tonnes of rock salt are now in stock across the council’s three highways depots. 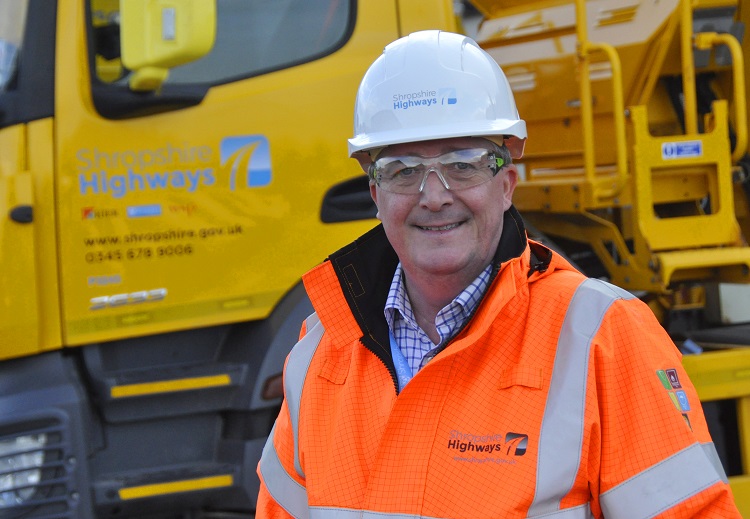 Richard Marshall, Cabinet member for highways, visited the Shrewsbury highways depot earlier this month to meet some of the gritting teams. He said:

“A great amount of work and planning has gone into keeping us all safe this winter and our highways teams are prepared for when the worst of the weather hits.

“Every year, when the wintry weather arrives, our gritters and their fantastic crews go out to grit the county’s roads – keeping them safe and accessible during spells of ice and snow, and helping to keep Shropshire moving in even the worst of the weather.

“Often working late at night, early in the morning, on weekends, and sometimes on bank holidays – we may not see them, but they’re out there, and we’re very grateful that they are. That’s why I want to say a big thank you to all of our gritter drivers and crews for the work they will be carrying out in the coming months to keep our roads safe.”

“It was a pleasure to welcome Richard Marshall to our Shrewsbury depot and introduce him to our operational staff, and share the progress made against our winter plans and the vehicles we’ll be using to keep Shropshire’s roads clear and safe during the winter months.

“We have 19 weather stations in place across the network providing prompt updates to our teams to ensure a swift response to changing conditions so that we’re ready, whatever the weather.

“Kier Highways is committed to providing the county’s road users with the best possible driving experience. We’re also proud that our partnership with Shropshire Council is providing real benefits to the Shropshire public.”

The gritters are owned by Shropshire Council and located at the council’s highways depots in Shrewsbury, Craven Arms and Whittington.

In addition, many contractors and farmers have snow-clearing equipment and the council’s divisional officers deploy this supplementary equipment following heavy snowfall in rural areas.

Shropshire Council has launched a new initiative supporting all Shropshire schools to maintain footpaths close to their schools free, by providing salt and salt spreaders. Information is available by emailing  schoolsaltsupport@shropshire.gov.uk

Where do we grit?

When ice or snow is predicted, pre-salting is carried out over priority roads, referred to as the defined network. This is around 28% of the total road network in Shropshire, and includes:

How do we decide when to send the gritters out?

Shropshire Council and our contractors keep a weather-eye on temperatures throughout the winter.

We subscribe to weather forecasting services from The Met Office.

From October to April we get:

We also subscribe to a 24-hour consultancy service from The Met Office.

All that data helps us make informed decisions, but we also have inspectors on call that can go out and see the situation on the ground. These are officers with years of experience between them who know when to react to local conditions and deploy more resources as required.

When all the indicators are in place – generally when the road surface temperature is forecast to drop to zero or below – we’ll send the gritters out from our depots for what we call ‘pre-salting’. This is a preventative measure to stop ice forming on the roads.

Kier has sufficient drivers to operate all of the above routes 24 hours a day, and additional staff available to deal with other winter maintenance duties as required, e.g. clearing snow from footways.