Shropshire Armed Forces and veterans: information released from the 2021 Census

The second topic summary of results from the 2021 Census by the Office for National Statistics has been released. These results focus on people who have served in the UK Armed Forces, either as regulars or reservists. Data will be available from national level down to small areas, called ‘census output areas’. 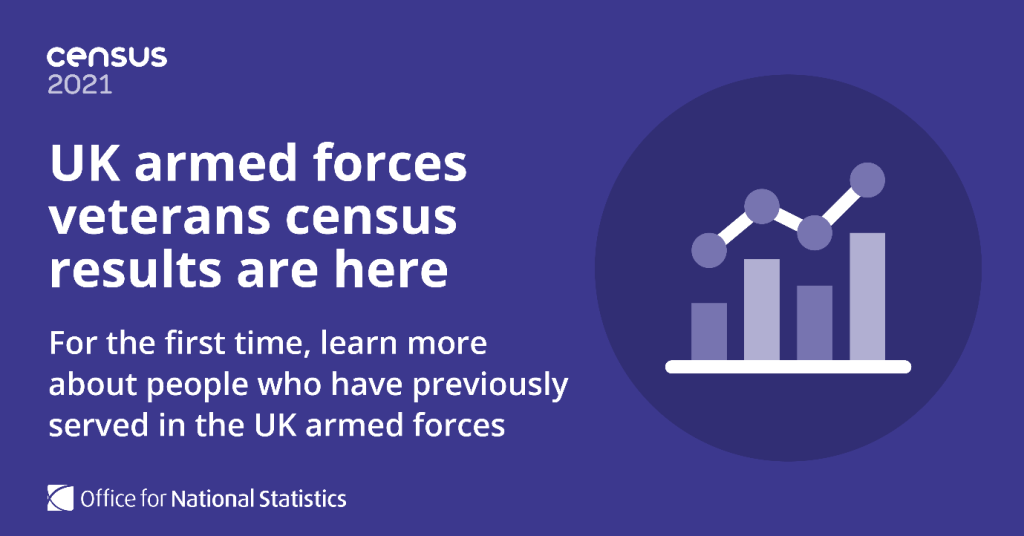 This is the first time questions have been included in the census asking people about whether they have served in the UK Armed Forces. This has been included to support commitments made by the Government and local government under the Armed Forces Covenant. This will enable the Government, local government and charities to better understand the profile and needs of ex-military people and their families.

Shropshire Council has recently had their Employer Recognition Scheme Gold Award re-validated. This demonstrates the council’s commitment to supporting its workforce, as well as the wider Armed Forces community.

One project that highlights the support for the Armed Forces community is the Armed Forces Outreach programme. The programme provides wraparound support for the veteran/ military community in Shropshire and beyond. The team provide information, advice and guidance, working with a number of the service charities to ensure that military personnel, veterans and their families are offered the help and support they deserve. This can be as simple as them attending the various outreach locations for company, to providing support with housing, benefits, physical and mental health, and employment.

Shropshire Armed Forces Outreach also work with a number of the local agencies who regularly refer veterans to the outreach for additional support. Many of these agencies have signed the Armed Forces Covenant to pledge their support to the military community.

It is hoped that the census will give a better idea of the location of veterans in Shropshire, ensuring that we are reaching all areas.

“This new information will be extremely welcome to help support the work of the Shropshire Armed Forces Covenant and the Outreach Project. It will enable us to better direct our resources to help veterans and their families.

“The census data will give a better idea of the location of veterans in Shropshire, ensuring that we are reaching all areas.

“Better information means we can work more efficiently with other public services and charities.”

“This is the first time information has been collected about veterans, and will be invaluable information for Shropshire to improve the knowledge and understanding about the veteran community and their families, helping to ensure services and funding can be put in place where they are needed most.”

During November 2022 to January 2023, the Office for National Statistics will be releasing a series of topic led results in the order of:-

For further information, and to find out more about the Census 2021 results, people can visit the ONS website.

Further information and analysis for Shropshire will be added to the Shropshire Council 2021 Census webpages as further results become available. It is important that the results and analysis are widely accessible to all. The council is aiming to publish the early headlines and infographics, followed by the development of area profiles, interactive tools and topic-based analysis.

Please note all figures have been rounded.