A hoard of 337 Roman silver coins discovered in a field in Gobowen has been declared treasure by a coroner.

The hoard of 337 silver denarii is believed to have been placed in the ground around AD69-70, around the time of Emperor Vespasian’s rule. 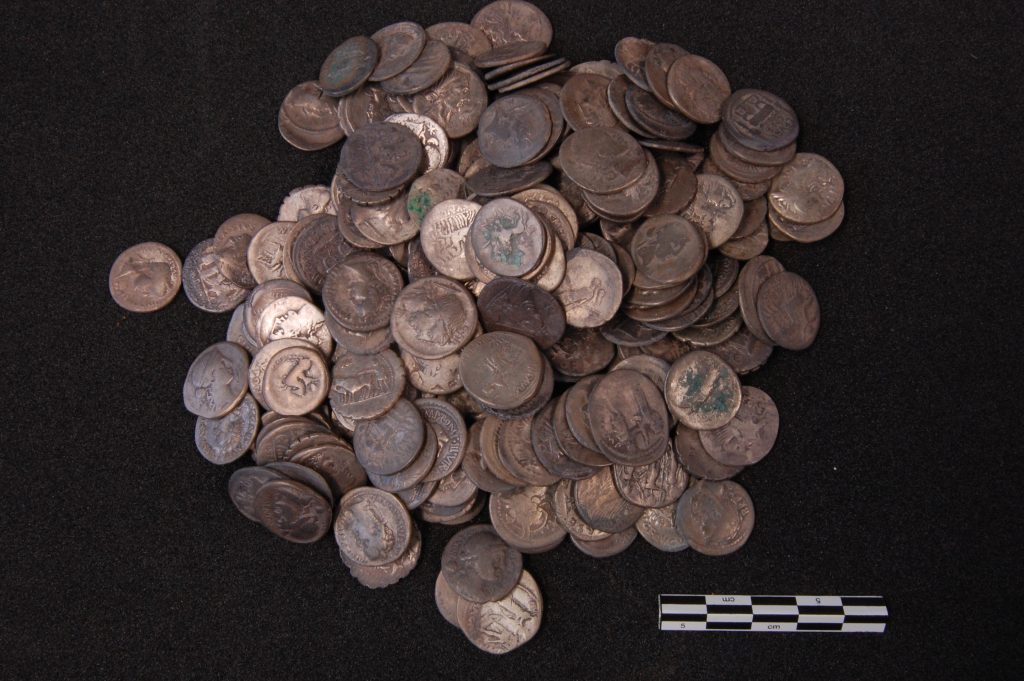 It was discovered in a ploughed field in Gobowen in September 2019 by Darren Booth at an event organised by his club, the Mold Historical Search Society.

On the day he and other club members found 64 coins scattered close together in a small area within the field.

The find was reported to Shropshire Museums and the Portable Antiquities Scheme who sent a team to expertly recover the hoard. 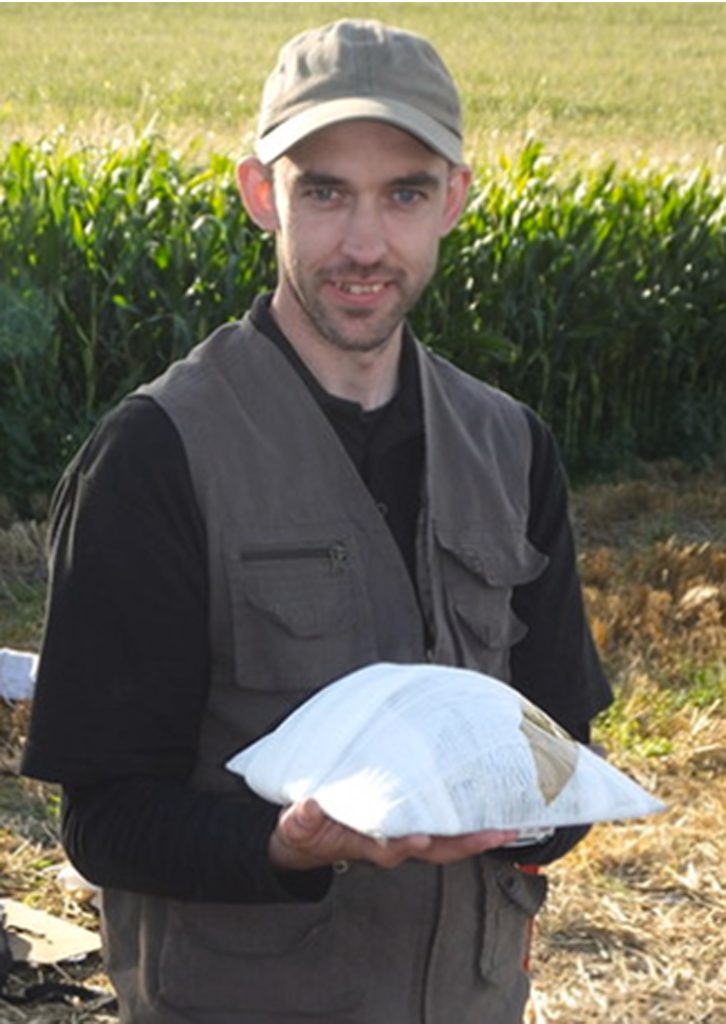 The archaeologists found corroded and fused silver coins, which were then sent to the British Museum to be cleaned and investigated.

Some of the silver denarius had lost some of their surfaces through corrosion but otherwise they were found to be in a reasonable condition, and there was evidence they had been contained in a leather pouch.

Declaring the find treasure at an inquest held at Shirehall, Shrewsbury, Senior Shropshire and Telford coroner John Ellery said Darren Booth and the club had acted responsibly in contacting the authorities.

The so-called Gobowen Hoard will now be valued and made available for Shropshire Museums to save and put on display in the county.

“We are delighted the hoard has been so well preserved and they are valuable for the information they have given.

“We look forward to saving them and putting them on display in our county museum.”

“The Gobowen Hoard is important evidence of early Roman military activity in the area.  The quality work of the Portable Antiquities Scheme and Mold Historical Search Society has meant that the hoard was carefully recovered, excavate and researched.

“Working alongside our curators and colleagues at the British Museum, the additional information this has secured means that the hoard provides a fascinating case study for future displays”.

“Hoards of coins are what everyone thinks of as treasure but are amazingly rare from Shropshire.

“I am hugely grateful to the finder and his metal detecting club for following best practice guidelines of stopping digging and calling for help.”