Shropshire Council is flying the Red Ensign, the UK Merchant Navy’s official flag, to mark Merchant Navy Day 2021 (today – Friday 3 September 2021) – a day which aims to raise public awareness of the UK’s dependence as an island nation on past, present and future Merchant Navy seafarers.

The flag, which was raised as part of a small flag-hoisting ceremony at 9am, is flying outside the council’s Shirehall headquarters in Shrewsbury.

Since 2000, Merchant Navy Day has honoured the brave men and women who kept the ‘Island Nation’ afloat during both World Wars, and celebrated its dependence on modern day merchant seafarers who are responsible for 95% of the UK’s imports.

Shropshire Council is just one of the many councils and Government organisations across the country which is flying the flag to remember the sacrifices, salute the courage and support the future of the often, unsung personnel of the Merchant Navy. 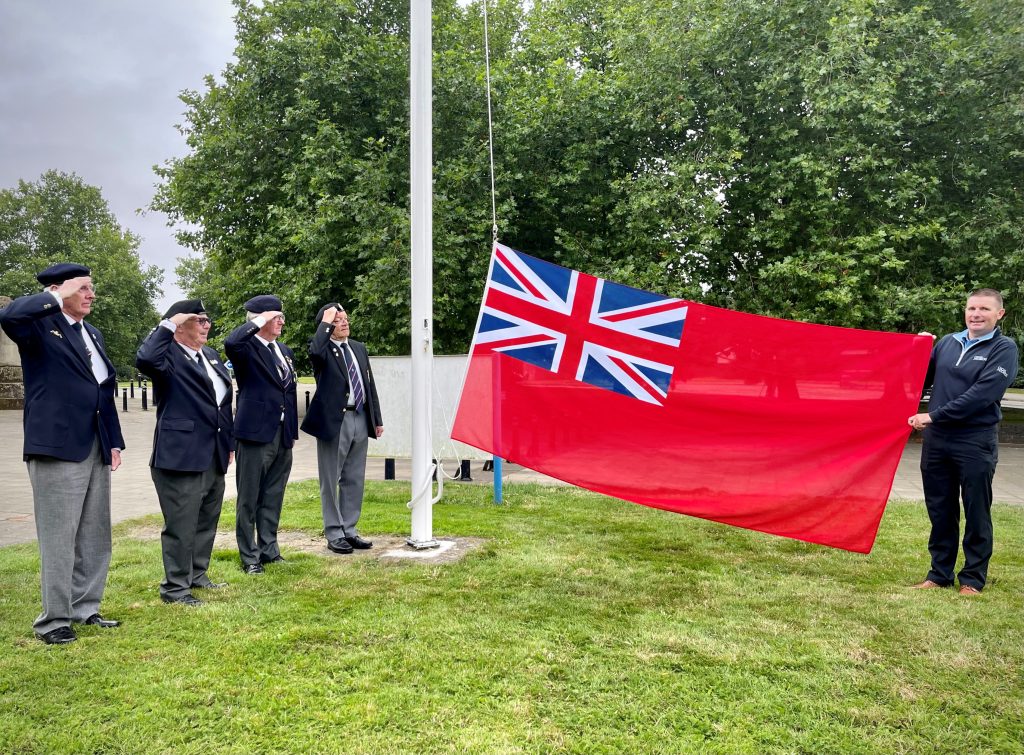 “We are proud to be flying the Red Ensign in support of Merchant Navy Day.

“Our country relies heavily on the Merchant Navy for things that many of us take for granted, including food and fuel.

“As well as supporting current personnel, it is also a day to show respect to those who lost their lives serving in the Merchant Navy during World War I and World War II.

“I hope that when people see the flag flying, they will take a moment to remember our brave and selfless seafarers.”

On the subject of brave seafarers, Whitchurch resident Oscar Anderson, who served in the Norwegian Merchant Navy during World War II, approached the council back in 2019 about coming along to its outreach service in Wem where he proved to be a real hit with everyone.

He most recently enquired about the befriending service, which is known as ‘Telephone Buddies’ and is provided by the Royal British Legion.

The ‘Telephone Buddies’ service enables those feeling lonely or isolated within the Armed Forces community to speak to someone on a regular basis to build connections, experience companionship, gain support and have a friendly ear to listen.

During World War II, Oscar worked on oil tankers going between Norway and the USA. On one of these trips his ship was torpedoed, not only did he survive, but he saved the lives of 16 other crew members.

Oscar joined the Norwegian merchant navy in 1936 and when Norway was invaded by Germany in April 1940, he found himself on board a ship in the Gulf of Mexico.

When torpedoed 12 days out of Liverpool as part of a 45-ship convoy for New York, he had the respect of his shipmates to order the lifeboats and the captain off the boat – at just 22. Of the 45 ships, 19 were sunk.

Oscar, who already possesses the Norwegian War Medal and the King Haakon VII Freedom Medal, marked his 100th birthday with a special celebration on 14 August 2021 – three days before he officially turned 100 – as he was flying to Oslo instead, after being invited by the King of Norway and his government to be thanked personally for his endeavours. 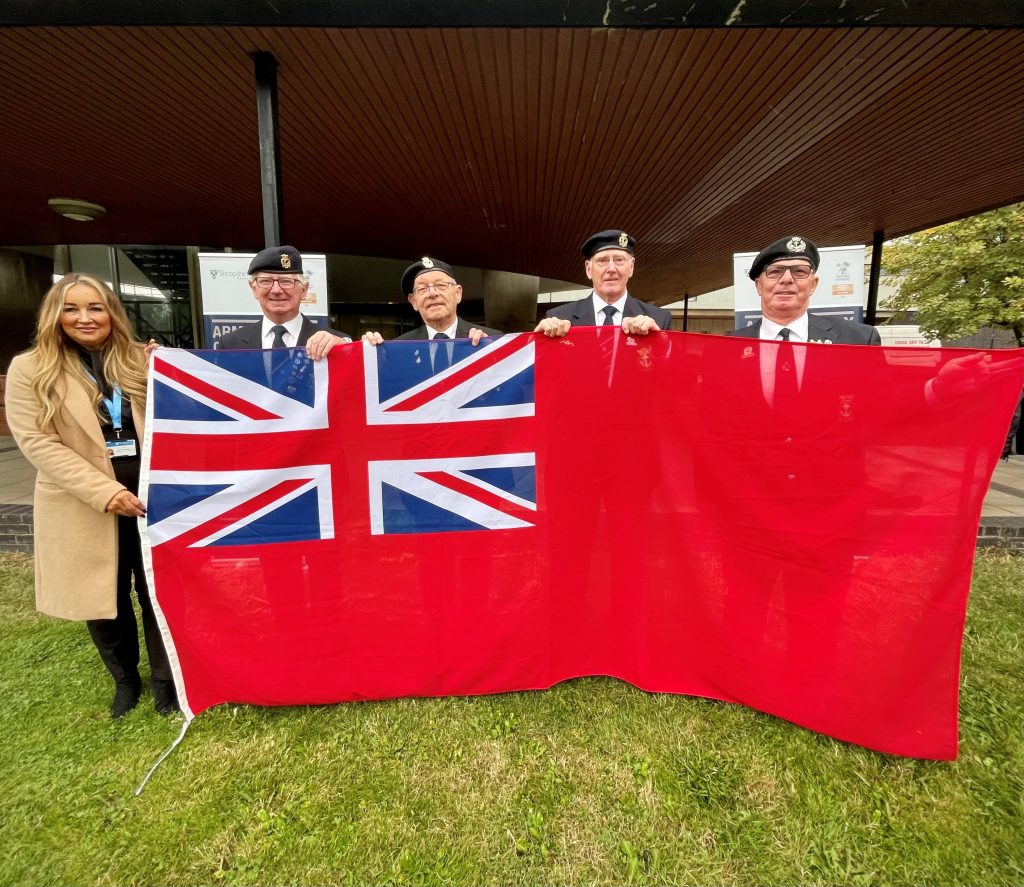 For further information about the Armed Forces Covenant, people can visit http://new.shropshire.gov.uk/support-for-armed-forces-personnel-veterans-and-families.