The Brick by Brick exhibition which opens at Shrewsbury Museum & Art Gallery on Saturday 18th September gathers the work of 18 artists, designers and photographers from around the world who use LEGO® bricks as their medium or inspiration.

Using this simple plastic construction block as their starting point, they have created stunning, thought provoking and often humorous artworks which will appeal to art enthusiasts and LEGO® fans alike.

Inspired by the wide range of artworks on show, a LEGO® graffiti wall, build tables and a selection of LEGO® related games will give visitors the opportunity to try their hand at creating their own construction brick artwork. 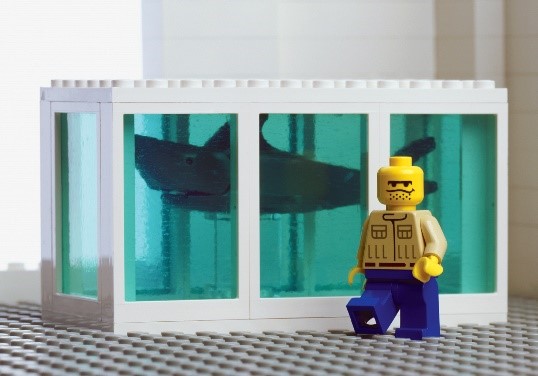 Toronto based artist Ekow Nimako, began using LEGO® bricks in his professional practice in 2014 and has since cultivated a unique approach to sculpting this iconic medium. Comprised of black bricks only, Nimako will be exhibiting five captivating artworks, which reference mythology, West African proverbs and afrofuturism.

20-21 is proud to reveal that internationally renowned artist Michael Brennand-Wood has created four stunning artworks especially for this exhibition. Using a range of colours, shapes and sizes of bricks, Michael has created a series of abstract montages which have a mesmerising appeal to them.

Artist David Turner from Belfast, Northern Ireland, will be exhibiting his LEGO® firearms installation, which consists of 19 replica guns. This work makes reference to his childhood and adolescence spent in Northern Ireland during the time of ‘The Troubles’. 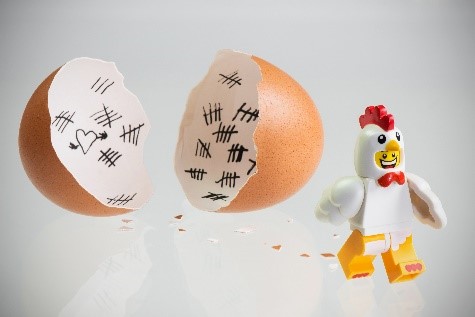 Brazilian photographer Valentino Fialdini has created photographs which show a set of empty rooms and corridors. Using specialist photography and lighting techniques, Fialdini tricks the viewer’s eye in to thinking that these miniature LEGO® rooms are life-sized.

‘Eat My Bricks’ is a collaboration between German artists Michael Feindura and Soeren Grochau who use LEGO® mini-figures to create large scale, humorous photographs, often with social and political commentary at their heart. 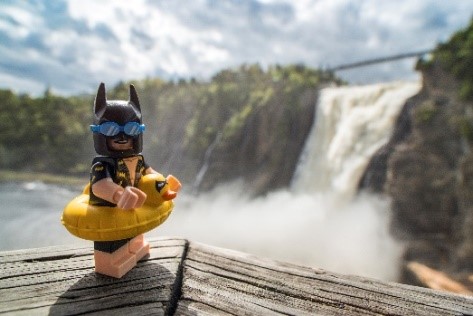 American born artist Janet Curley Cannon, who is now based in Berkshire, will be exhibiting her artwork ‘Not on the High Street Anymore’. This installation was constructed using her husband’s childhood LEGO® bricks and makes reference to the demise of the UK’s high street.

“Lego® exhibitions have proved very popular with our visitors so we’re delighted to have the opportunity to host Brick by Brick this Autumn.

“The exhibition features the work of a collection of incredibly talented international contemporary artists, all of whom have been inspired by the iconic brick.

“Visitors will be treated to a great mix of funny, thought provoking and quirky pieces as well plenty of interactivity to engage the whole family.”

In 1932 when Ole Kirk Kristiansen, a master carpenter and joiner, established his business in the village of Billund, Denmark, little did he know that this would lead to the formation of a company producing one of the world’s most well-known and enduring children’s toys.

The company name ‘LEGO’ was adopted in 1934 and is formed from two Danish words; ‘leg’ and ‘godt’ meaning ‘play well’.

The first building bricks were produced in 1949 and were snappily named ‘Automatic Binding Bricks’. Thankfully, four years later the name was changed to LEGO® Mursten. (‘Mursten’ being Danish for ‘bricks’).

Originally, LEGO® bricks came in five colours: white, red, yellow, blue and green. Today there are over 60 brick colours to choose from. 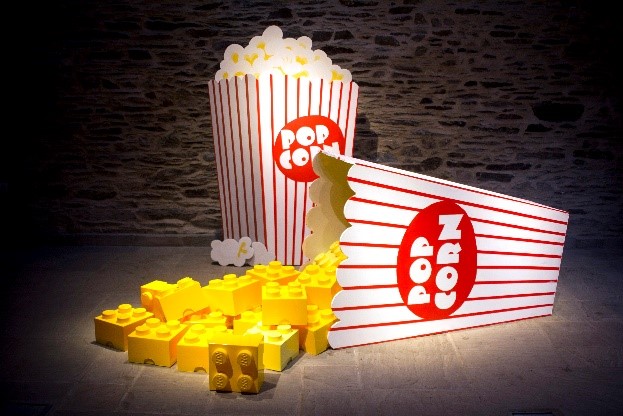 The interlocking plastic bricks that we are familiar with today, with their stud and tube configuration, were first patented in 1958. The moulds used to produce LEGO® elements are accurate to within 0.004mm – less than the width of a single hair. This accuracy is referred to as the ‘clutch power’.

The original bricks produced in 1949 were hollow, so they had limited clutch power and would fall apart easily.

Today, approximately 19 billion LEGO® elements are produced per year, 2.16 million are molded every hour and 36,000 every minute! 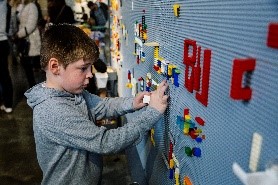 Brick by Brick is a 20-21 Visual Arts Centre Touring Exhibition.

Tweet
mailto:?subject=LEGO® makes a welcome return to SM%26AG – but this time with an arty theme&body=https%3A%2F%2Fnewsroom.shropshire.gov.uk%2F2021%2F09%2Flego-makes-a-welcome-return-to-smag-but-this-time-with-an-arty-theme%2F Share via e-mail