As part of its Armed Forces Covenant pledge, the council has lots of things planned to mark the week, which began with a flag raising ceremony today at 9am at Shirehall in Shrewsbury. Armed Forces flags will also be flown on the Bridgnorth Town Council offices, Shrewsbury Castle and Morris & Company’s Welsh Bridge offices in Shrewsbury. 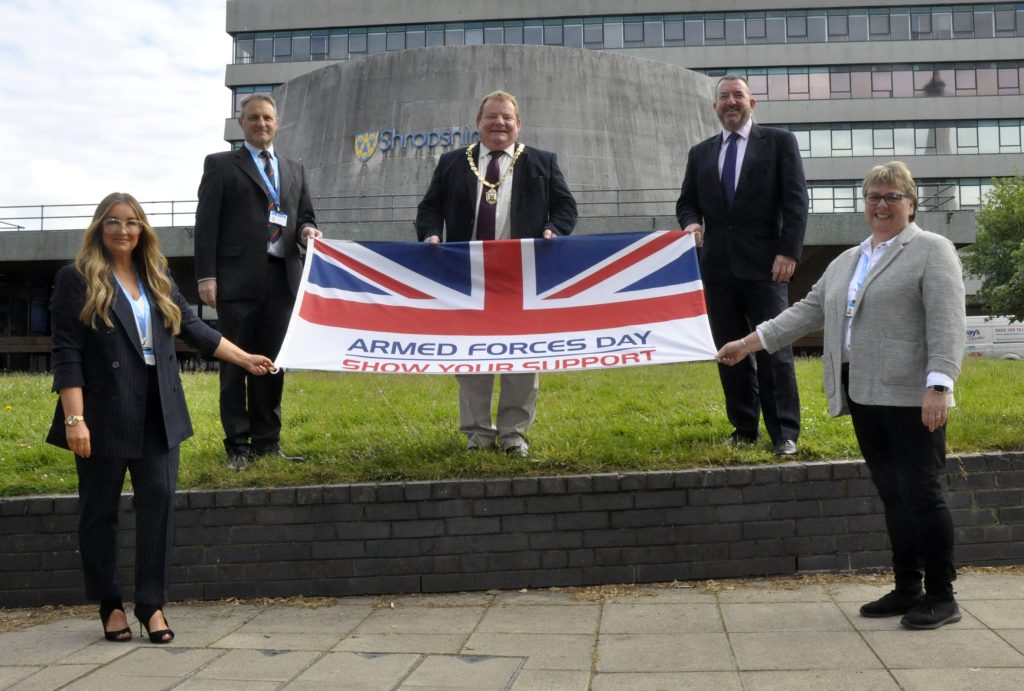 The council will also be re-signing the Armed Forces Covenant alongside Shrewsbury and Telford Hospital NHS Trust (SaTH), and a number of businesses will be pledging to support those who have selflessly served the country by signing the covenant for the first time.

Reserves Day will take place on Wednesday 23 June, which will be marked with an event in the Market Square in Shrewsbury involving the 8 Rifles and 202 Fld Hosp from 10am until 2pm. There will also be a virtual outreach on the same day from 1pm until 3pm giving the wider community a chance to hear from some local reservists about the work they do.

Armed Forces Day will take place at the end of the week on Saturday 26 June.

“We’re extremely proud to support Shropshire’s Armed Forces community, and it is important that we continue to build on the great work we have done to date in partnership with our military partners and local businesses and charities.

“During the past year our Armed Forces have continued to train for, and deploy on, operations across the world, as well as providing specialist support to many of the essential components in the fight against coronavirus.

“Armed Forces Week offers a great opportunity for us all to show the whole of the Armed Forces community some much deserved recognition.”

To date, over 100 Shropshire businesses across Shropshire and Telford and Wrekin have signed the Armed Forces Covenant, as the council continues to broaden the available support to its military community in partnership with the county’s business sector. 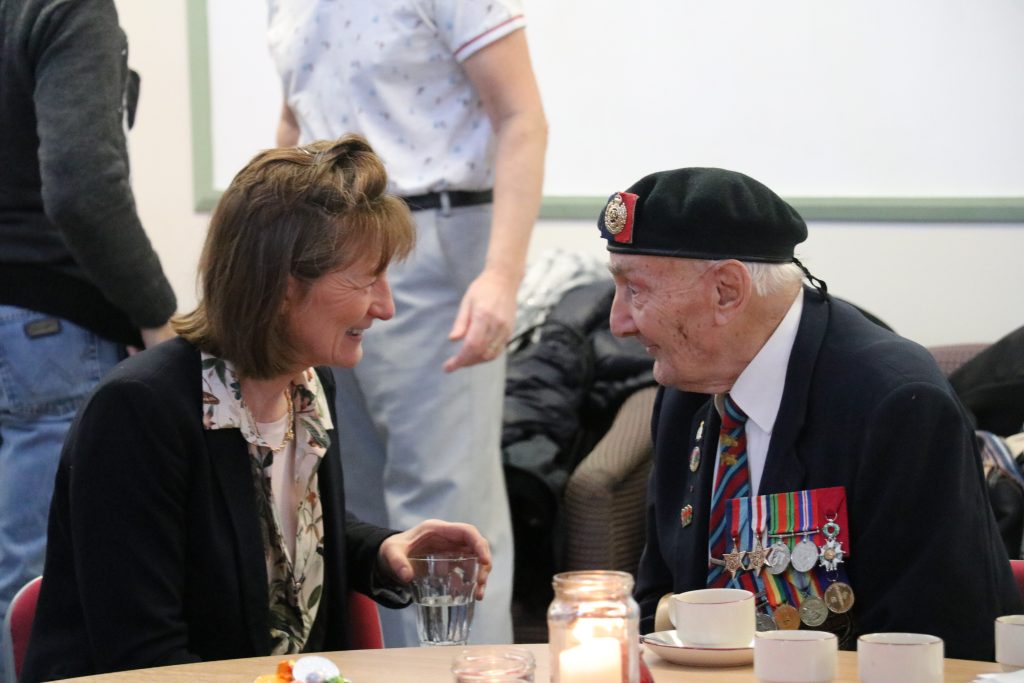 Anna (Shropshire Council) and Les Stocking, a D-Day veteran, enjoy catching up at our Christmas Armed Forces Outreach back in 2019 at Palmers Café in Shrewsbury.

For more information about the Armed Forces Covenant, people should visit the council’s website.

People are encouraged to keep an eye on the council’s Facebook and Twitter feeds for videos and photos during the week. People can also share their stories on social media using #SaluteOurForces