People across Shropshire are being asked to help name the county’s gritters – again – before they hit the roads this winter.

Two years ago people were invited to suggest names for the 25 gritters in the Shropshire Highways fleet – and hundreds of suggestions were made, before 24 names were chosen in a public vote – with over 2,000 votes cast. The 25th gritter was named after Broseley schoolboy Zac Oliver.

Earlier this month, 17 of the gritters were replaced with brand new vehicles – vehicles that don’t have names. So, once again, people are being asked to put on their thinking caps and put forward their suggestions.

And, so that the other eight vehicles in the fleet don’t feel left out, they are going to be renamed too.

Three of the gritters will continue to be named after local youngsters Zac Oliver, Charlie Desmond and Jack Edwards – leaving 22 names to be found. 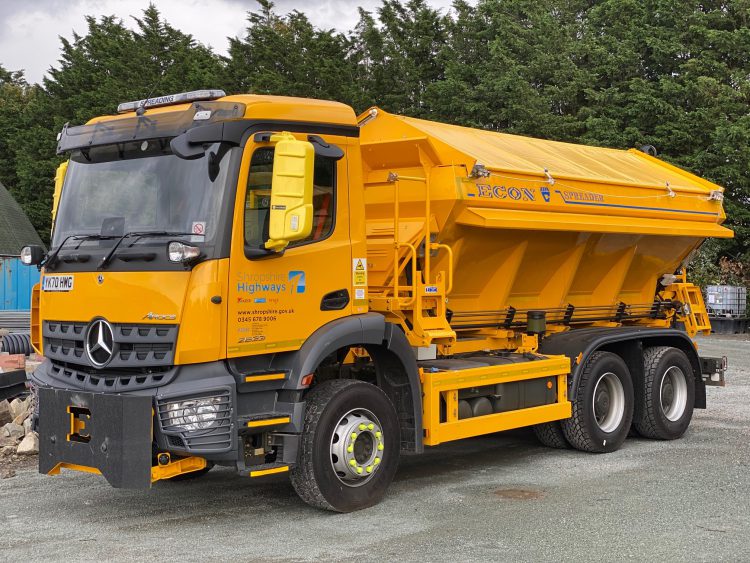 One of the new gritters in the Shropshire Highways fleet

People of all ages can enter, and schools are being encouraged to invite their pupils to put forward their ideas and then submit entries on behalf of the school.

The closing date for entries is 5pm on Wednesday 4 November 2020.

All suggestions will be shortlisted by a team of ‘experts’ and the best/most popular names will go through to a public vote on the Shropshire Council website in mid- to late November, when people will be able to choose their favourites.

The 22 gritters will then be given their new names in time for winter. 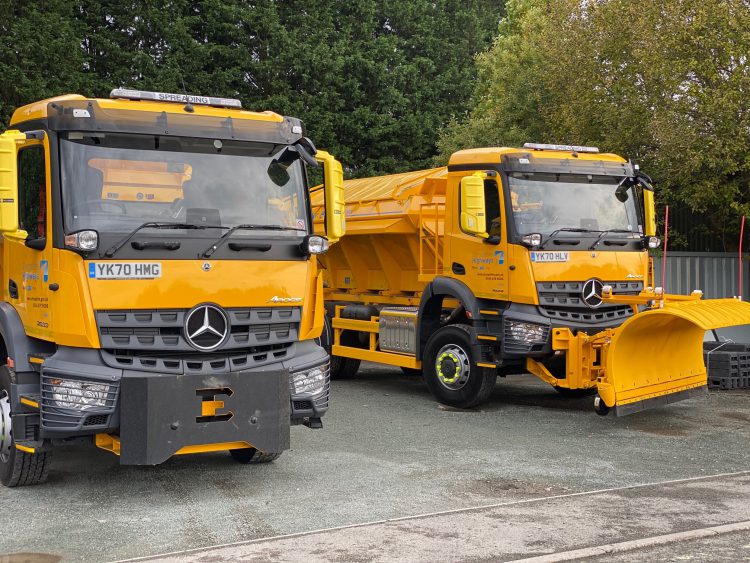 “Two years we asked people to suggest names for our gritters and we had a fantastic response. Now, with brand new vehicles added to our fleet, we want people to help us again. We have 22 vehicles that need names, so once again we’re asking people to let us have their suggestions. All we ask is keep them clean and be original!

“It was important that we kept Zac Oliver, Charlie Desmond and Jack Edwards in the fleet so these three names will continue to be seen on our roads this winter.

“Of course, this is also an opportunity to remind people about the important work that our gritters and gritter drivers do. Keeping Shropshire moving during a cold snap in winter is a full-time job and, when the cold weather hits there will be a dedicated team of people and vehicles working to help keep the county’s roads open. These new gritters mean that we have the very best vehicles for this vital job.”

The 25 gritters, plus five reserve vehicles, are located at the council’s five highways depots.

These are supported by nine footway ploughs, nine snow blowers and a team of contractors and farmers with snow clearing equipment. 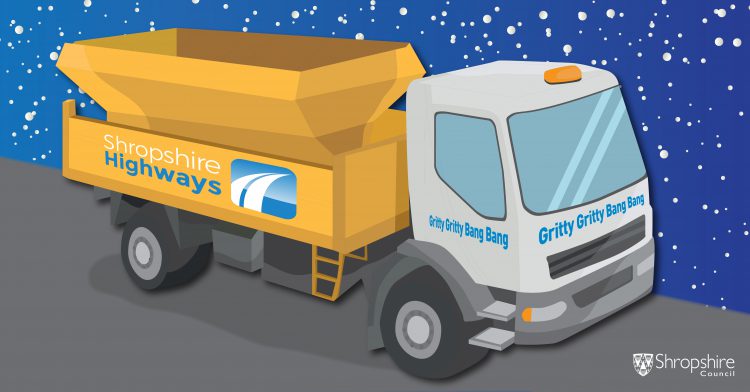 Graphic of Gritty Gritty Bang Bang, the most popular choice of name in 2018

The five most popular names in the 2018 vote were: